Now things will start getting interesting regarding beatmania IIDX 28 BISTROVER. As with all previous releases as far back as I can remember, the initial release of a version of the game was just the default song list. Then, a few weeks later, we got some new content to kind of mark the start of the meat of the game. That start just happened this morning as Konami has now unlocked 9th Dan, 10th Dan, and a slew of level 12 charts for the game. If things go the way they have in the past, we should be getting our first full event soon too! 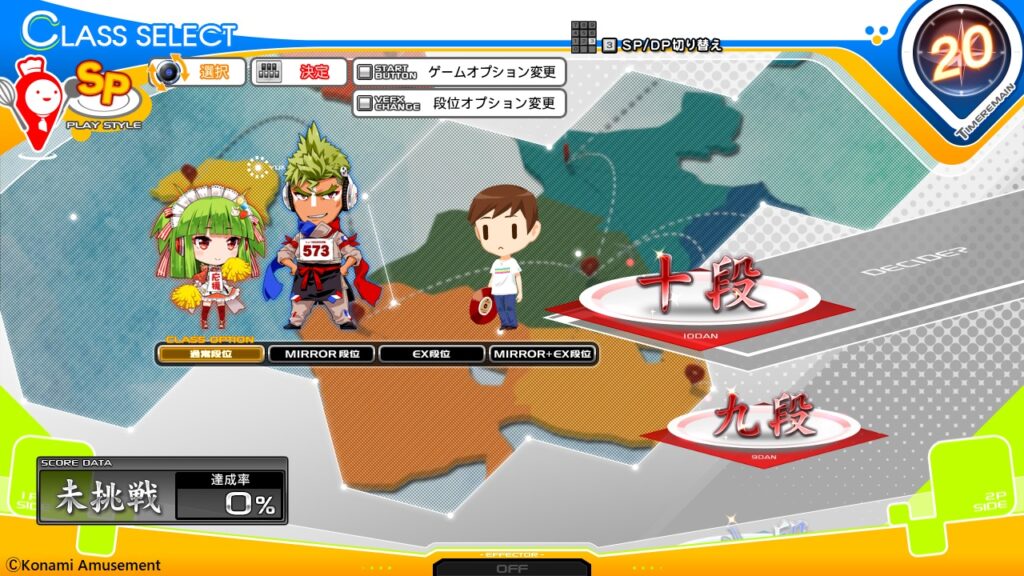 For starters, Konami has added two more dan ranks to the Class Mode in BISTROVER with the newly added 9th dan hosting the following:

Then moving on to 10th Dan, this is when things start to get a bit more difficult and this year’s version of IIDX is no different as we are presented with:

With the more difficult Dan ranking being added, that also means that we have also received the update containing the default level 12 songs in the game. Those songs are:

Now that we’re starting to get to the important part of the game, it makes me a very excited player, as BISTROVER is one of my favorite IIDX versions in quite some time. With the dan courses being updated in BISTROVER and the level 12s being added, I really hope that the initial diversity in songs is going to continue to expand going into the events contained within the title.

Super Bomberman R Online Is Getting a Fall Guys Collaboration