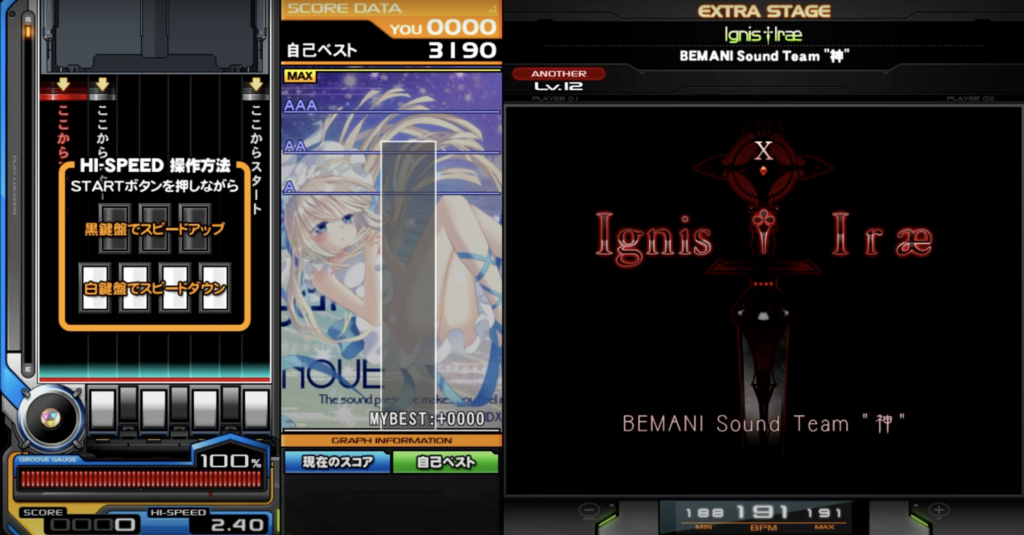 I usually go into these events super optimistic and hopeful that we’ll get something that is not only fun to play, but pleasing to the ears as well. I feel really bad saying this, but we didn’t get either with these two new songs. The first is the actual location song from the ‘Volcano’ area which is titled ‘Ignis†Iræ’ sounds like a washed-up ‘Nageki no Ki’ that is trying too hard to be something that has a nostalgic feel with newer production.

After collecting all the stamps for the sixth location and assuming you have all the stamps for the previous two locations, you can then access a new One More Extra Stage which is titled ‘Sinus Iridum’. I want to say that if you like ‘Mare Nectaris’, you’ll likely enjoy this song as well because as the name implies, it’s the next entry in the ‘Moon’ series that takes locations on the moon and turns them into songs.

As a long-time IIDX player, I really wish that we would get songs that bring fun back to the game. I haven’t really played IIDX for the last six months or so because of this reason alone. Hopefully, with the next event or possibly the next version, we’ll be getting back to the basics of beatmania IIDX, but I’m not going to hold my breath.