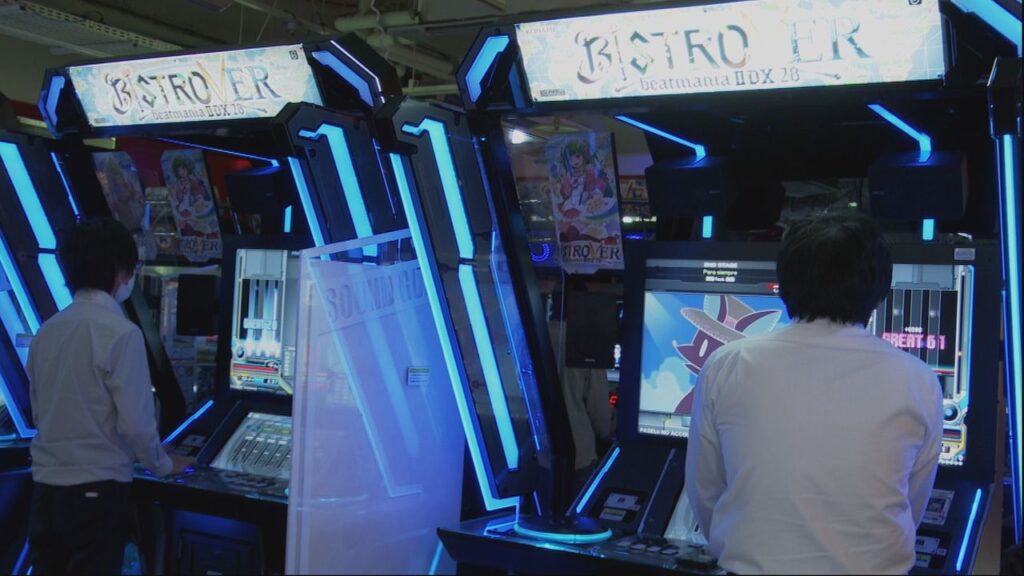 KONAMI is definitely on a roll this week. They announced the release of the Konasute version of GITADORA and the second portion of the MusiQ Quiz for Quiz Magic Academy, and they are now adding three new songs and new customize parts to beatmania IIDX 28 BISTROVER!

Anytime KONAMI adds new content to the games I love, it’s a good day. And today is particularly good because the three new songs come from the new album by The 4th, Force of the 4th. 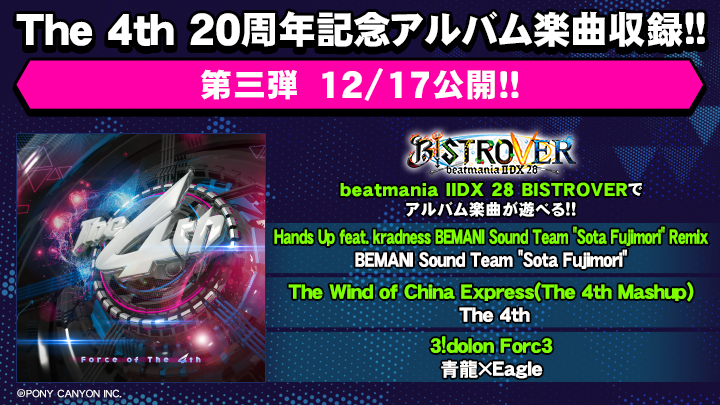 In terms of customize parts for beatmania IIDX 28 BISTROVER, KONAMI has added a bunch of new lane covers and graph backgrounds spanning the latter half of HEROIC VERSE and the beginning of BISTROVER, as well as new judgment font and the BISTROVER-themed great bomb which is in the shape of a flame from a grill. 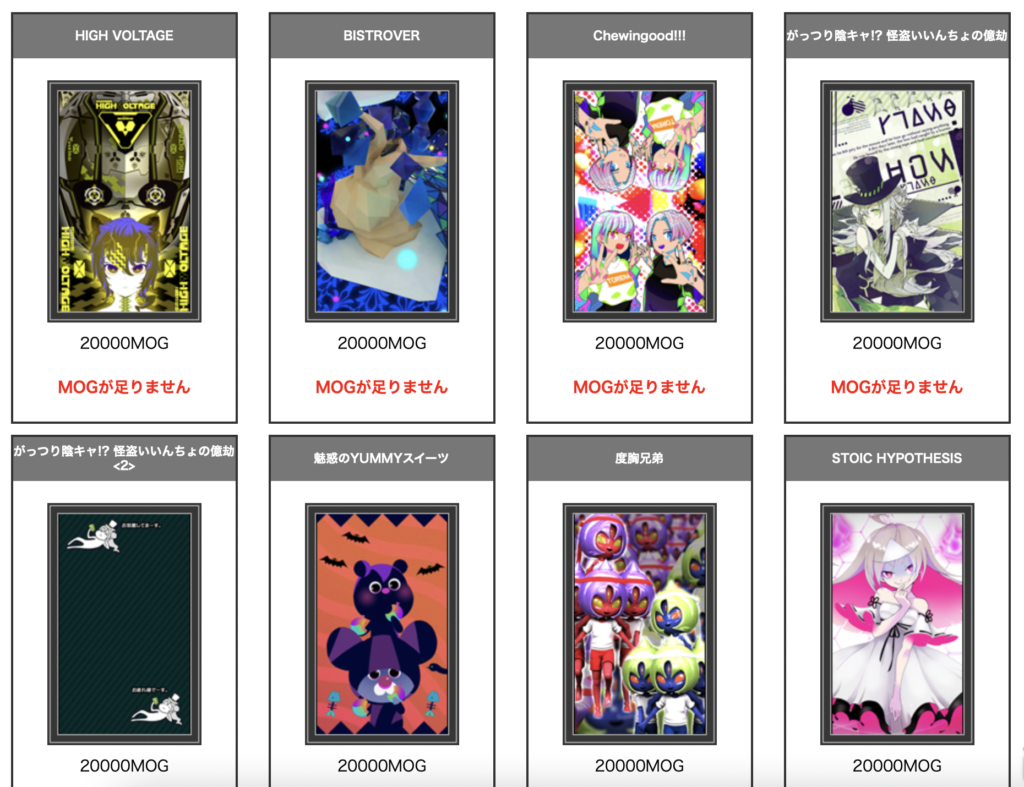 As you can see in the image at the top of this article, KONAMI has added three songs from the newest album by The 4th – Force of the 4th. Those songs are:

I think that KONAMI chose a really great set of new songs from the album to feature in beatmania IIDX 28 BISTROVER. Don’t get me wrong, I would have certainly preferred to have ‘Pink Rose’ (The 4th Remix), but I’m not going to complain because these songs are some of the best on the album.

Beatmania IIDX 28 BISTROVER is still fairly young and I’m sure that we’ll see a ton of new content added to the game over the next few months. That makes all of us music game players happy, right?