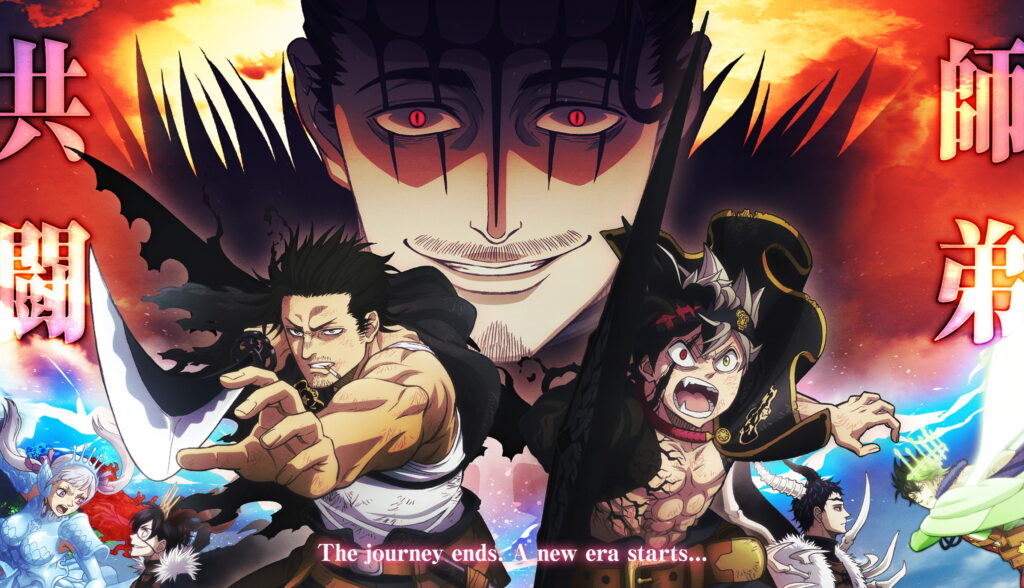 Studio Pierrot’s long-running anime adaptation of Yuuki Tabata’s Black Clover manga will be coming to an end at the end of next month (30 March), closing out with its 170th episode after three and a half years of weekly broadcasts. There will also be a livestream on the day it ends, where there will be an ‘important announcement’. This is obviously going to be a movie, considering the franchise’s popularity and the general pattern for similar series.

The question is, however, why? Black Clover is one of Weekly Shonen Jump’s highest selling currently running series and the anime has always proven popular, albeit with a new generation of fans who don’t necessarily see eye to eye with the old.

The first answer is obvious: the Black Clover anime is dangerously close to overtaking the original manga, with the current ‘Spade Kingdom’ arc also being the manga’s latest storyline. Unless the production team wants to move to filler once again as they did earlier last year, then it would be better to stop: either this, or end up spoiling future developments in the manga by picking Tabata’s brain about where he plans to send the series afterwards.

The second answer comes from considering the wider state of the anime industry: long-running adaptations such as the Black Clover anime are becoming increasingly rare these days. Arguably ever since Studio BONES started adapting My Hero Academia on a seasonal basis, the old model of decades-long series that Pierrot is known for fell out of fashion. The record-breaking success of both Demon Slayer: Kimetsu no Yaiba and Jujutsu Kaisen also then proved that you don’t need to last for decades to have a lasting impact.

One hopes that the current Black Clover anime coming to an end might then give way to more polished, seasonal adaptations in the future. Indeed, this is what is happening to Bleach now that its final, ‘Hundred Year Blood War’ arc is being adapted, and this was also taken on by Pierrot back in the day. Considering the divisive nature of the Black Clover anime, its ending and subsequent rebirth might provide an opportunity for reconciliation yet.

You can watch Black Clover via Crunchyroll.