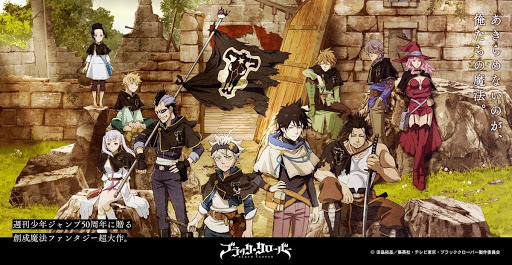 Black Clover is one of those anime that a lot of people dropped after its very rocky start. After some time, it actually proved itself to be a very good series filled with fun characters, insane fights, and interesting storylines. The series is a must watch for shonen fans who also enjoy magic.

Set in a world where everyone can wield magic, one orphan in the Clover Kingdom, Asta, cannot. This doesn’t stop him from being dead set on becoming the next Wizard King. Asta constantly trains his body in hopes of obtaining magic, but he doesn’t. Instead, he obtains the power to summon weapons and a rare anti-magic grimoire.

On the other hand, his friend and rival, Yuno is a prodigy blessed with powerful wind magic, and due to Asta’s influence, Yuno also wishes to become the next Wizard King. His magic is so powerful that Yuno receives the grimoire held by the first Wizard King. With grimoires in tow, the duo is separated and recruited into different magical squads in the Clover Kingdom. This leads the duo to embark on separate journeys with the goal of becoming the next Wizard King.

In a series set in a magical kingdom with several factions, it can be hard to keep track of everyone. Especially when the characters all use magic differently and have their own personalities that stick out. Some of those characters have a big role in the series, but the series puts most of its focus on the following characters.

Asta is the series’ protagonist, and he’s extremely loud, stubborn, hardworking, and honest. Due to his nature, he tends to inspire everyone wherever he goes, even going as far as to impress the current Wizard King. He’s not the brightest bulb, but he was recruited into the lowest ranked squad in the kingdom, Black Bulls after impressing the captain, Yami.

Asta cannot use magic, but he can summon weapons and use anti-magic magic. Later on, he unlocks a wicked demon form that he uses to bring down big baddies. What makes the form truly scary is that it requires Asta to focus and think about what he’s doing, which allows him to not only destroy everything quickly, but reminds viewers of what he’s capable of.

Yuno is Asta’s main rival, and they grew up together in the orphanage. During his childhood, Yuno was a very timid crybaby, but after spending a lot of time with Asta, he became more stoic and determined. When it comes to Asta, Yuno is very protective and will not let anyone speak poorly of him.

As a powerful wind mage, he is immediately recruited into the top squad in the kingdom, Golden Dawn. With his power and skill, he is promoted to vice-captain of his squad. Throughout the series, viewers find out more about Yuno’s past with him.

Noelle is the 4th child of the noble Silva family, which makes her a little bit arrogant and vain upon first meeting her. However, she is very insecure and anxious due to the poor treatment she received growing up from her siblings. Her insecurities and desire to not hurt anyone with her water magic negatively affect her skills as a mage.

After joining Black Bulls, she becomes more confident in herself and her skills, but it takes a lot for her to openly praise herself due to her past. After her confrontation with her siblings, she shows them what she’s learned. While she grows as a character throughout the series, she can still be prideful at times, especially towards Asta. 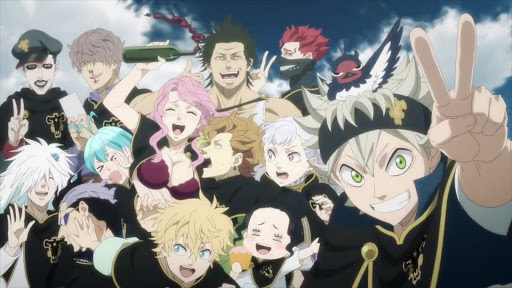 The Black Bull Squad is the lowest ranking squad in the kingdom due to their insanely reckless behavior. The squad currently has 14 members, including Asta and Noelle. Each member has their own strength, and they are sometimes seen with Asta on his missions or when they’re at their base.

As the most chaotic squad, they are usually not allowed to do many jobs. However, after the Wizard King becomes interested in Asta, the Black Bulls start getting more jobs. This allows them to rise from the lowest ranked squad to the second best, and here are the members of this rambunctious squad.

Yami is the leader of the Black Bulls Squad, and like his squad’s namesake, he is very bull-headed. He’s a man of action, and always resorts to violence to end a fight or when someone irks him. However, he’s respected by his subordinates as he treats everyone equally and is a beast when it comes to battle and thinking on his feet.

Magna is the first member who meets Asta, and he’s pretty mean to anyone he doesn’t see fit. However, once they’ve proven their worth, Magna respects the person. He also has a short temper, and he tends to lash out at people who lack common sense or who anger him. However, he does have a protective side and cares a lot for the people close to him.

Gordon’s usually seen mumbling to himself which freaks everyone out. This, paired with his distaste for the sun and his appearance, leads him to be forgotten by the squad. As a wallflower, he wishes for a day where he could bond with his friends. Since he’s usually on the sidelines, he sees the good qualities in his squad and is always talking about them in high regard.

Charmy, like most people, usually has food on her mind and sometimes thinks with her stomach. She will rip anyone’s head off if they threaten to steal her food, but she will share her food with others of her own volition and is somewhat like a mom who will overfeed those she shares it with. Don’t let this foodie fool you, she’s a capable beast in battle and is always doing what she can to keep up with the squad.

At first glance, Vanessa is a typical bombshell with a concerning love for alcohol. She’s confident in herself and is usually seen in her underwear when she’s lying around in the squad quarters. However, she does have a low opinion of herself, but when it’s time to get down to business, she proves to be very clever and cunning in battle and always has her friend’s well-being in mind.

Gauche is a brute and doesn’t care for anyone who isn’t his sister, Marie. He’s extremely overprotective to her and has very questionable reactions about her. He also gets extremely jealous of those who his sister gets close to and will resort to violence if someone threatens to hurt her. However, once Marie has had enough, Gauche has a change of heart and begins to let himself care about others, knowing that those around him won’t hurt them ever again.

Zora has a distaste for just about anyone and has no qualms with disrespecting everyone, even the Wizard King. He doesn’t care about what will happen to him, as long as his goal is completed. He’s a wild card and no one can really predict his next move, which makes him a threat on the battlefield. He also has a penchant for pranks and will always play them when he can.

Secre makes her first appearance as a bird and takes a liking to Asta. She’s very detached, but will peck at people to express her disagreement in their plans or thoughts. Throughout the series, she proves that she’s extremely loyal to those she tethers herself to and cares deeply for them.

Luck is the group’s resident sociopath who will pummel his enemies into the ground with a huge smile on his face. He’s prideful and will not allow anyone to help him in battle. However, once he begins to hang around more with Asta and the squad, he begins to rely on them more and annoys them with pranks when he’s bored.

Finral is always flirting with women and is a bit of a coward when it comes to battle, but if a woman is involved he runs into battle. He has an inferiority complex, as he’s always compared to his much more talented younger brother. He accepts that he might not be as good as his brother, but the squad teaches him that he brings something to the table.

Grey is a very shy girl who hides herself via her transformation magic. In her transformed forms, she’s more confident and actively works with the squad. She’s kind hearted and naïve as she always sees the good in everyone, even those who have hurt her in the past.

Henry was one of the secret members of the Black Bulls, as he was rarely seen due to his strange illness that saps the music from those around him. As a result, Henry is always isolated in his room and watches over the squad as an unknown guardian. He’s very compassionate and will do what he can to protect the squad. 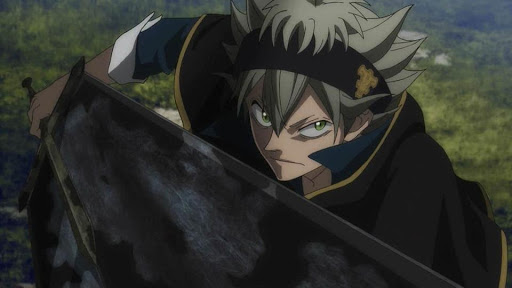 In this case, it doesn’t make a difference if you read or watch the series. The anime follows the manga pretty closely. It does have a few filler episodes, and it rearranges some chapters, but it doesn’t affect the storyline of the arc. However, there is one complaint anime viewers had: Asta’s constant screaming.

Does This Guy Stop Screaming?!

When the show first aired, many people were put off by Asta’s constant screaming. While the English dub toned down the screaming, fans of the original audio either powered through or dropped the series because they couldn’t handle Asta’s screaming. The screams were rather high-pitched and hurt people’s ears, and it made people hate him.

Over time, the screaming did tone down, and people were able to get through an episode without ringing ears or living in fear for their eardrums. If you’re going to watch the anime with Japanese audio, do keep the audio low for the first 15 episodes. If you’d rather skip those episodes, read up to chapter 23 and then start watching at episode 16.

Side Characters in the Limelight

The anime is about 131 episodes so far. The anime went on hiatus due to COVID-19 in late April, which makes this the perfect chance to watch the series. It’s available on Hulu, Funimation, Crunchyroll, VRV, AdultSwim, and YouTube.

The manga currently has 248 chapters. There is no news of the manga going on hiatus, so it’s expected to continue. The manga is available on the VIZ website via Shonen Jump with a subscription. The anime has almost caught up to the manga, so viewers might not have to wait too long for the adaptation of the more recent chapters.