A Crash Course on Black Jack 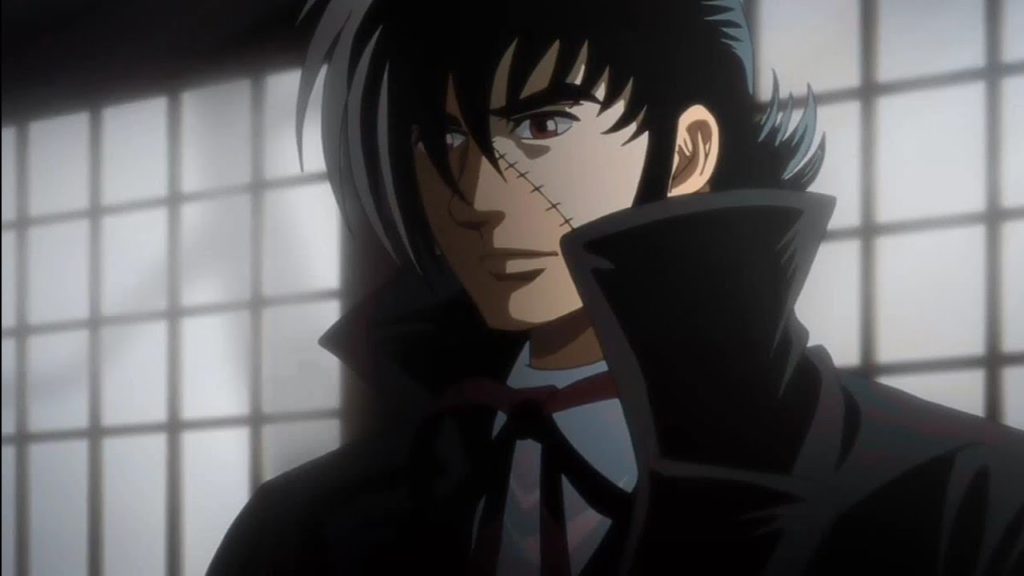 The story follows the adventures of Kuro Hazama. He is an extremely skillful surgeon; however, he is unlicensed. He charges his patient’s ridiculous amounts of money to see if his patients/clients do value their lives.

Over the past 40 years, the series has inspired many spinoff mangas, anime, and even a live-action series.

Here’s a quick rundown of everything you need to know.

The 1973 manga tells the story of Kuro Hazama and his journey as a traveling surgeon. Before becoming a surgeon, Hazama and his mother were injured in an explosion. His mother died, but Hazama survived but was gravely wounded.

He was saved after going under a life-saving surgery by Dr. Homa. However, Hazama did not have enough skin to finish covering a part of his face. His friend, Takashi, donated a part of his skin and that became the trademark patch on Hazama’s face. Due to his post-traumatic stress, part of Hazama’s hair also turned white.

After his life was saved by Dr. Homa, Hazama decided to become a surgeon under the name Black Jack. This way, he could give people a chance at living; the same thing Dr. Homa did for him. Even though he may not be licensed, he is one of the best surgeons in the world.

The series is almost 50 years old and is referred to as an iconic story. It is no surprise that there are a series of spin-offs. None of these spin-offs are written by Tezuka, but are homages to the author.

Black Jack ALIVE was released in 2005 as a tribute to Tezuka. This spin-off is a collection of 22 one-shots created by a series of artists. One of the artists involved in this is the creator of Devilman Crybaby, Nagai Go.

Each chapter is interesting to read due to the completely different art styles, and they all have their own individual twists that keep true to the source material.

Say Hello to Black Jack was released in 2002. It follows Saito Eijirou, a doctor who has to work at two different hospitals due to his low pay. Throughout the series, Saito learns about the corruption in the medical society and questions his own beliefs.

This series is not related to the source material. It is its own independent series based off of the original manga.

Black Jack- Kuroi Ishi was released in 2004. This is more of a remake of the original series. A lot of the images from the first manga are recreated in this version.

There are a few minor changes to keep up with the times. For example, Black Jack has a cell phone and a computer. Besides that, the story is pretty much the same to the source material.

Black Jack NEO was released in 2006. This version is a 15 chapter spin-off adding more patients to the doctor’s surgical repertoire.

In these 15 chapters, Hazama helps a starlet, artist, pro wrestler, and someone with a third eye.

The most recent tribute was released in 2011. This series follows a young Black Jack as a medical student in the 1960’s. His studies lead him to be involved in the Vietnam War performing his surgeries on people in need.

There are 12 OVAs directed by Tezuka’s protege, Osamu Dezaki. These OVAs were released from 1993-2011. In these OVAs, Black Jack’s medical skills continue to be tested with patients that have unusual diseases and by saving a prime minister’s life.

In 2004, a 4-episode special was released to commemorate the 30th anniversary of this series.

These four episodes adapt four different chapters in the original manga: Where is a Doctor, Disowned Son, U-18 Already Knew, and Just Like a Pearl.

In 2004, the 61-episode series, Black Jack was released. This series also follows the same premise as the original manga. This anime ended in 2006.

Immediately after the end of Black Jack (2004) in 2006, Black Jack 21 was released. This is an original anime with no relation to the manga, besides the characters.

This is a 17-episode series where the surgeon tries to figure out the circumstances of the bombing that almost killed him but killed his mother, the secrets of a project called “Noir” that many doctors are involved in, including his father.

In 2001, a 12-episode ONA was released via a subscription online download that no longer exists. This series also closely follows the original manga, for the exception of one original episode. Since this show was made to be streamed, it uses Flash animation for viewer interaction.

You can still watch the series through a digital rental service and on YouTube. However, the Flash feature was lost when the rental service did the transition from Flash to Windows Video.

In 1996, the first Black Jack film was released. In this adaptation, Black Jack meets Joe Carol Brane who needs his help in containing a mysterious new disease that is creating superhumans, but it also destroys them.

This 10-minute film was released in 1996. In this film, Black Jack meets a family with a mother who is always asking for money. He learns that the woman had a dying son and is paying a hefty amount for her son’s treatment.

This film was released in 2005. In it, Black Jack meets an activist group the Ghost of Icarus who attack the corporate Daedalus Group. In the aftermath, he meets Dr. Kiriko, a doctor who is just as skilled as him and charges just as much as him.

The difference between the two is that Dr. Kiriko offers them a painless death. On the brink of a biological war, the two doctors are brought in to work with the activist group. He must not only help prevent the war but navigate the chaos he’s living in.

Where Do I Watch This?

It’s actually kind of easy to watch most of the anime series. However, not every series is available to watch via streaming services.

Black Jack (2004) is available on Tubi. The series is also available on Amazon Prime along with the first film.

On Crunchyroll, some episodes of Black Jack (2004) are also available. The 4 Miracles of Life, both full-length films, and Young Black Jack are also on the streaming service.