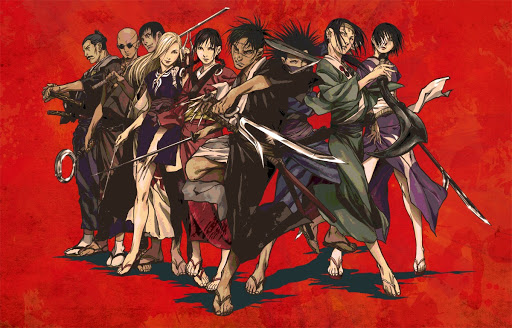 Certain stories never get old, and Blade of the Immortal qualifies as one. The original manga series began publication way back in 1994, the first anime series came in 2008, and in 2019 it was revived for a brand new anime adaptation worldwide on Amazon Prime Video. It even got the live-action movie treatment in 2017 and a Marvel Comics homage to boot.

Blade of the Immortal takes the predictable revenge quest plot point and improves upon it, with fast-paced gory action and a singular art style that keeps the pages turning and the binge-watching inevitable. Samurai stories are plentiful in anime, sure, but Blade of the Immortal blends its historical roots and with modern street slang and sensibility.

The creator of Blade of the Immortal, Hiroaki Samura, has stated that he never sweats the details, instead, looking at delivering the best possible story as a whole. Whichever you choose to experience first, whether it be the manga or either anime series, you’ll be in for a whirlwind of swords and a healthy heap of drama.

Blade of the Immortal is a Gritty Journey for Redemption

Manji, an incredibly proficient samurai, has a huge leg up on the competition. See, he can’t be killed by any wound he gains in battle. This sounds like a blessing to most, but Manji sees it as a curse; he once got 100 samurai killed due to his criminal actions and now seeks to make amends by killing 1,000 wicked men.

He made this vow after his sister was killed by the brother of one of his victims. That seems to me like a good way to open the pearly gates.

Given his immortality by an 800-year-old nun, he wanders the lands on his quest. Along the way, he meets Rin Asano, a girl on her own quest to avenge her parents. Manji agrees to assist her, learning that the one behind her mother and father’s slaying was Anotsu Kagehisa, the leader of the Itto-Ryu, a dojo filled with outcasts using dirty tactics to take what they please.

The Itto-Ryu tries to enlist Manji, who wants nothing to do with such a dishonorable group. Another group emerges, called the Mugai-Ryu, with mysterious motives. Manji agrees to join forces with them but leaves after finding that some of their members are sadistic and too cruel for his own tastes. The Mugai-Ryu is actually led by the government and is filled with death row inmates, only kept alive by their willingness to serve their country.

When Manji finally kills 1,000 evil men, the bloodworms keeping him alive will be removed, and he will finally be able to find peace in the next life.

The Original Manga Series is an International Hit 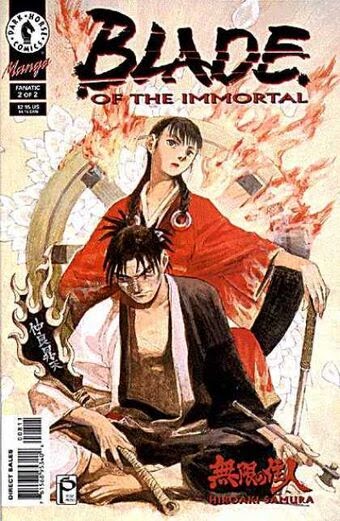 The original Blade of the Immortal manga series was created by Hiroaki Samura and began in 1993. It was serialized in the seinen magazine Monthly Afternoon, a publication which led to the popularity of a number of successful series including Oh My Goddess! and Mushishi.

The manga series ended in 2012, and all 207 chapters have been compiled into 30 volumes. They have been released by Dark Horse Manga in English. As of 2017, over 5 million copies were in print across the globe.

Unlike many manga artists, Samura studied classical art originally, focusing first on oil painting (which he hates), largely because of the smell of the paint and his preference to work in black and white.

He didn’t graduate art school, as Blade of the Immortal was picked up by Afternoon while he was still a student.

In 1997, Blade of the Immortal won the prize for Excellence at the Japan Media Arts Festival, with the judges expressing that the manga’s intricate artwork and Samura’s unique technique stood out.

In 2000, the manga won the Will Eisner Comic Industry Award as the best United States Edition of Foreign Material.

In 2019, it was announced that a sequel to the original manga series was coming, and would also be published in Monthly Afternoon. Titled Blade of the Immortal – Bakumatsu Arc, it is actually illustrated by Ryu Suenobu, with Samura’s blessing and story. It’s ongoing, and the art looks incredibly similar to the original.

Both the 2008 and 2019 Anime Series Had Incredible Creative Teams

The first anime adaptation premiered in Japan in 2008, running for 13 episodes. It was directed by Kouichi Mashimo, the founder of Bee Train, the animation studio which worked on the series. Mashimo has worked on pretty much everything Bee Train has ever worked on, including .Hack//SIGN, Madlax, and Sorcerer Hunters.

Famed Godzilla and Shadow of the Colossus composer Kow Otani came in to do the original soundtrack, which should hint to its quality. The 2008 anime was licensed and released by Media Blasters in 2009.

In 2019, a trailer was released for a new 24-episode adaptation to be released on Amazon Prime Video. While the 2008 series wasn’t able to complete the story (since the manga hadn’t yet been completed), this new series, titled Blade of the Immortal -Immortal-, would finally have the chance to give anime fans the complete story they had wanted.

The director of this new incarnation, Hiroshi Hamasaki, is known to fans for his directorial roles on Texhnolyze and Steins;Gate, as well as his animation work on The Heroic Legend of Arslan.

The story is a bloody romp through the streets of feudal Japan. The art direction is incredible, though the music steals the show and puts the view straight into the right mindset. Relying on traditional Japanese instruments like the koto and shamisen, Eiko Ishibashi created a truly artful soundtrack to suit the melancholy world of Blade of the Immortal.

I’m holding back while I write this piece for the sake of being professional and unbiased, but please, go watch it.

Takashi Miike is a mainstay of the Japanese film and TV industry. To prove that, the Blade of the Immortal movie was the 100th film he directed. No joke.

To no one’s surprise, he is notorious in the industry for including extreme violence into his works, along with plenty of NSFW depictions of the human form, if you catch my drift. It’s no wonder he picked up this project! Fans of Asian cinema are probably familiar with his film Ichi the Killer, which was… not subtle.

Released in Japan in April 2017, the live-action film follows the storyline of the first 2 volumes of the manga series. Takuya Kimura of the immensely popular Japanese boy band SMAP starred in the main role of Manji.

Hana Sugisaki played the secondary role of Rin Asano. In 2018, she starred in the live-action Bleach movie (yes, I know you watched it) as Rukia, with her first-ever role being that of Reiko Kanazuki in both the TV and film adaptations of Ouran High School Host Club. She was nominated for best-supporting actress at the 12th Asian Film Awards for her performance. 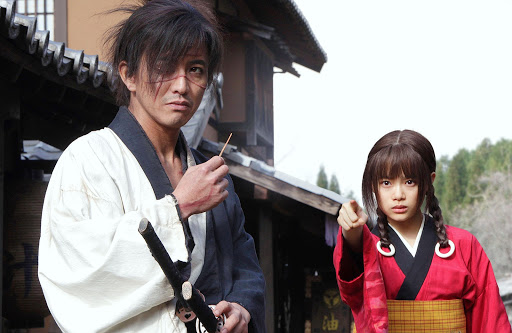 Reviews for the film were largely positive, noting the impressive fight scenes without a lack of character development alongside them. It’s full of pretty ridiculous weapons and tidal waves of blood, but hey, that’s part of its charm.

Where to Watch the Blade of the Immortal Anime, Read the Manga, and See the Live-Action Movie

The 2019 anime adaptation is an Amazon Prime Video exclusive, with all 24 episodes available to subscribers worldwide.

If you’re interested in the 2008 adaptation, you’re out of luck; it isn’t currently on any major streaming sites. However, DVD copies can still be found on Amazon.

The Blade of the Immortal manga series can be purchased on Amazon in both paperback and digital formats. I’d check out the re-released Omnibus series if you’d like to catch up quicker.