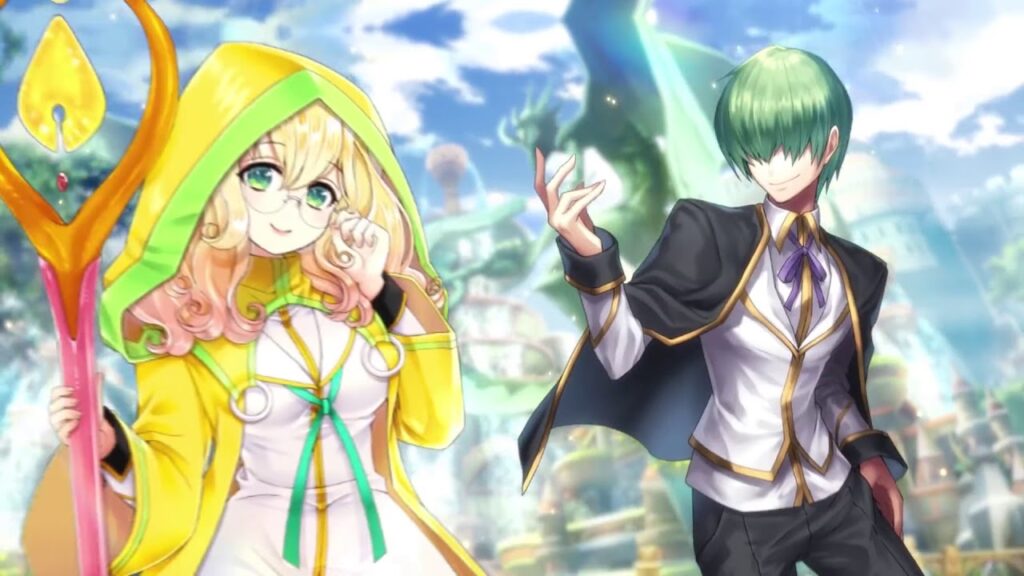 To some fan’s dismay, Arc System Work‘s now 12-year-old Blazblue fighting game series finds itself taking a back-seat to the fully resurrected Guilty Gear franchise in recent memory. With the series’ last mainline entry Central Fiction hitting consoles and cabinets all the way back in 2015, and with all eyes on the upcoming Guilty Gear – Strive -, it remains regulated to ‘crossover host franchise’ in the form of Arc’s Cross Tag Battle spin-off. No known new Blazblue fighting game peers over the horizon, but fans who desperately wish for anything to satiate their thirst have something coming their way: The ‘chain combo RPG novel’ BlazBlue Alternative: Dark War is hitting smartphones on 16 February.

In traditional Arc System Works fighting game fashion, the Blazblue games’ story always opted for a downright fever-inducing incorrectness. Adding fuel to that long-past-the-point-of-being-controllable fire with a new visual novel entry actually rules; very fitting to the spirit of the series. Blazblue Alternative: Dark War seems to pull quite a bit from the canon, with fan-favorites like Jin Kisaragi, Arakune, and Rachel Alucard playing big roles in the new tale, alongside a handful of new faces. Co-developed by Linked Brain, the game also includes RPG-like portions which retain some of the original’s visual flare.

While fans would have probably preferred a new Blazblue after five years of downtime, a return to visual novels isn’t entirely unfounded. Blazblue Alternative: Dark War may be the first to use the franchise name, and the first to heavily involve some main characters, but the little remembered Xblaze series was a Visual Novel spin-off released in early to mid 2010s. Admittedly, we only made it about halfway through the first entry, but the production values and writing were pretty decent. If the same level of attention actually gets applied to game with characters fans care about, it could end up a pretty decent addition to have on your phone.