Blend S and the Power of Cuteness 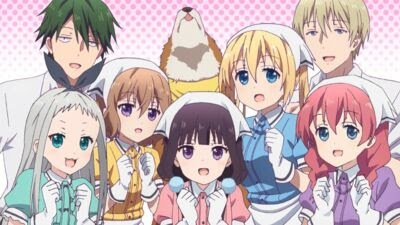 Cute things often get a bad reputation. They’re viewed as something either juvenile or something to be taken at base level. At the core of this is the natural disdain for something that could be viewed as below us. There’s a whole psychology behind that that I myself am not smart enough to explain. But I do see it happen with shows quite often. If something is depicted as typically cute or, in anime as ‘moe’ it can be seen as having a very specific audience. Some people don’t want to be viewed as part of that audience, whereas other people generally just don’t care.

One show didn’t set out to change that and, while they didn’t quite do anything revolutionary, managed to potentially change some viewpoints. And while its impact on the world of anime is, in the long run, miniscule, it is still important nonetheless. That show is Blend S, a 12-episode series where, quite frankly, not much happens. It’s a workplace comedy of sorts with a heavy emphasis on being cute. If that doesn’t sound like it’s interesting to you, don’t fret. There’s something inherently fun about it that is more than entertaining.

Each of the twelve episodes follows a similar format where most of the plot points that were introduced can also be resolved fairly quickly. It is a low stress, low anxiety type of show perfect for those searching for non-commitment, at least with their TV shows.

The story follows a high school student named Maika Sakuranomiya who has high dreams of studying abroad one day. In order to do this, she of course needs money. The first episode shows her trying to find a part-time job in order to fund her ultimate goals. 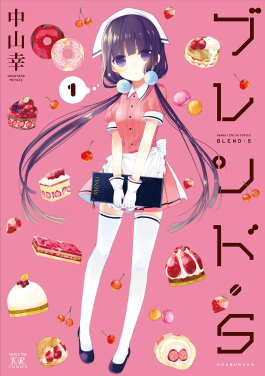 However, a good show wouldn’t be anything without a conflict and here, it’s Maika herself. She’s not a malicious or cruel person, but unfortunately her face doesn’t quite convey that. Although she’s a naturally sweet and compassionate person, whenever she smiles she comes across as ‘sadistic.’

As laughable as it sounds, it directly impacts her efforts on getting a part-time job. The first episode highlights her figuratively and literally stumbling through job prospects to no avail. But in a fateful encounter with Dino, an Italian cafe’ owner with a penchant for Japanese girls with dark hair, her quest to achieve a part-time job is finally achieved.

But it’s not quite what she had in mind. She becomes a waitress at the cafe. But it’s not quite as simple as that. Instead, the girls who work there have specific traits that are used on the (usually, but not always) male clientele.

There’s a tsundere girl, an ‘older sister’ girl, and even an idol. It’s the perfect storm for those who are looking for their next cosplay idea, with easy but distinguishable cosplay ideas that are easy to make or even to purchase.

Maika gets the role of being sadistic, something that she finds abhorrent but still tries to do her best. We watch all the hilarious blunders, awkward encounters, and even some heartwarming moments as Maika juggles being the waitress she was hired to be while trying to maintain the person she really is.

The show, aesthetically, is incredibly well done. Every episode is incredibly crisp, with a color palette to drool over, consisting of bright and dreamy colors. Not to mention its opening song. Something so bouncy and catchy that it solidified itself in pop culture as not only a memorable OP but something so meme-able that even people who have no idea what the show is have undoubtedly heard the song. 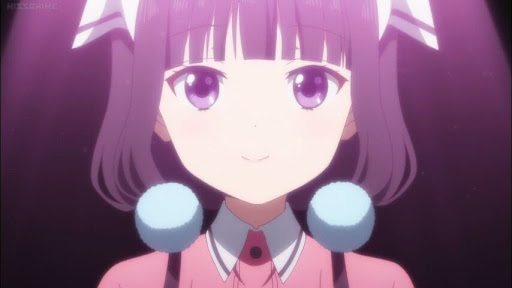 And it is, but it’s also something a little more than that. It’s actually about the characters and how they develop throughout the show. Everything beyond the characters themselves is just a backdrop in order for our beloved cast to grow. From the adoption of a dog to workplace trips out skiing, Maika has to learn all sorts of things ranging from standing up to herself to acceptance of her own nature.

Dino has to grapple with his own mess of being a creep to being cognizant of the women around him and how not to be said to be a creep. One of the more interesting characters is the idol, Hideri Kanzaki. Hideri comes off as slightly rude, incredibly snobby, and at times, downright unpleasant. As the show progresses, we learn that Hideri is actually a boy who prefers to cross-dress. His aspirations to work at the cafe are to not only gain fans but prove to his parents that he can do what he sets out to do.

When the cast learns that Hideri is a boy, we almost expect it to turn into a cruel joke as it often devolves into other shows. But Blend S managed to pull it off without turning Hideri into a joke or a cruel blip in the story. The rest of the cafe’s crew accepts Hideri with ease, and then they move on from there.

It’s not that Blend S is revolutionary. In fact, it still falls into familiar tropes that any pop culture fan could recognize. But what it does incredibly well is take those tropes and turn them into things that have room for growth and improvement.

The show doesn’t want to get rid of these things that the anime community knows and recognizes so easily. Instead, it wants to improve on these things with gentle comedy, pretty aesthetics, and familiarity. It feels like a new friend you immediately connect with, ready to go out for coffee on a cold winter’s day.