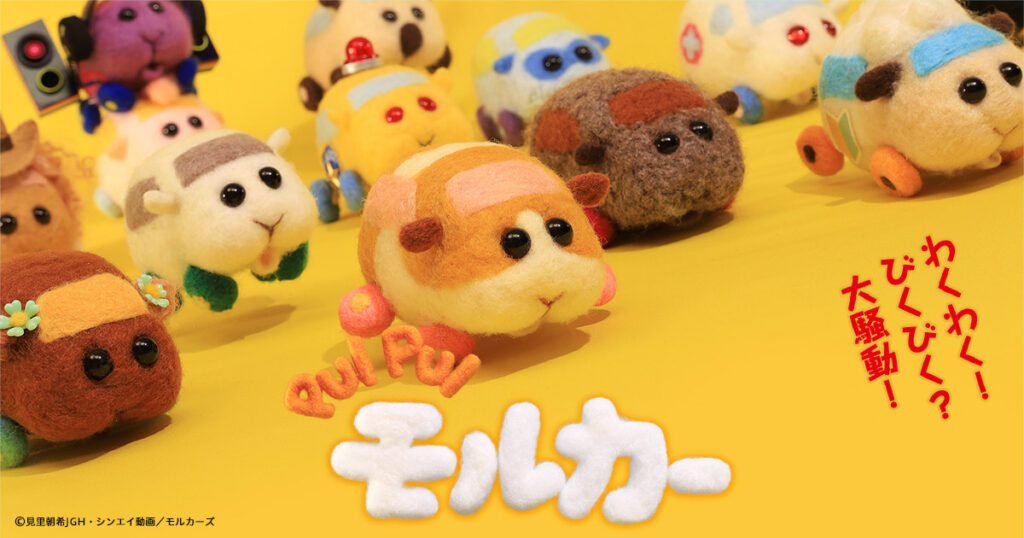 If there is one thing that the entire OTAQUEST staff can agree on, it’s that we absolutely love Pui Pui Molcar. The series is just so genuine and innocent that there is really no person on this planet that can honestly say they don’t like the series. Today, Japanese squish toy manufacturer Bloom announced that they will be releasing molcar squish toys this summer.

The palm-sized figures are soft and squishy to the touch with a sweet scent. There are four types in the lineup: ‘Potato’ with a savory scent, ‘Shiromo’ with a muscat scent, ‘Teddy’ with a cherry scent, and ‘Choco’ with a chocolate scent. In addition, a ‘Potato’ coloring squeeze figure will be released at the same time. These special ‘potato’ figures are uncolored, so you can create your own original ‘Potato’ by coloring them as you like. 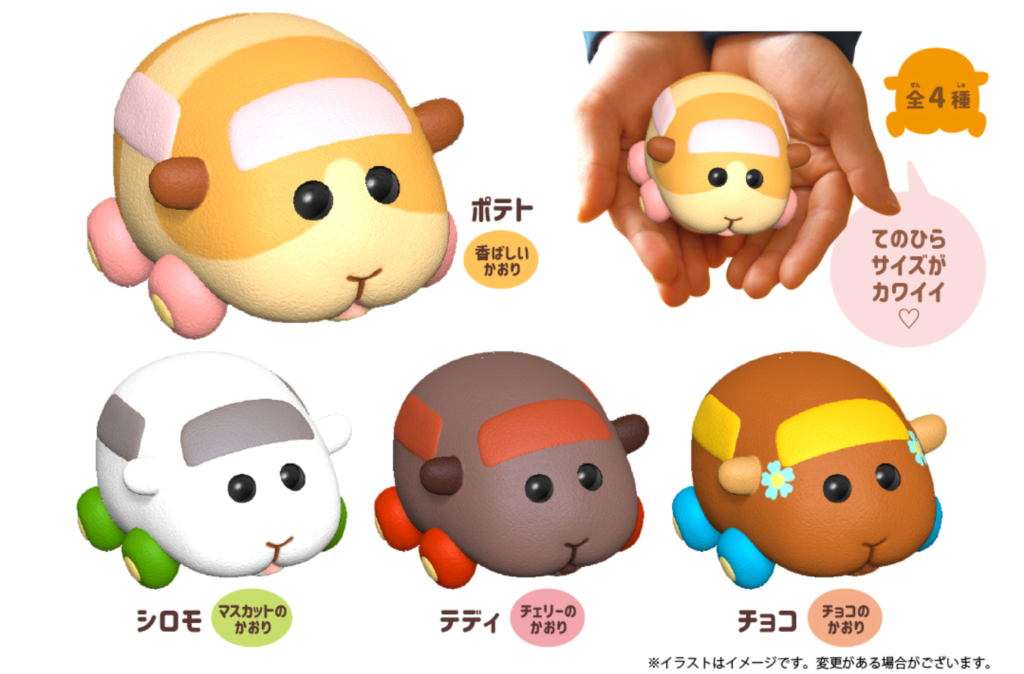 These squish toys are something that every Molcar fan needs to have in their life. I think that once they release, I will need to purchase all of them. They’ll go nicely with my Pui Pui Molcar Blu-ray that I already have on order. Bloom announced that the squeeze toys will be releasing this coming August and will only cost ¥1,078 (Approx $10 USD) each.