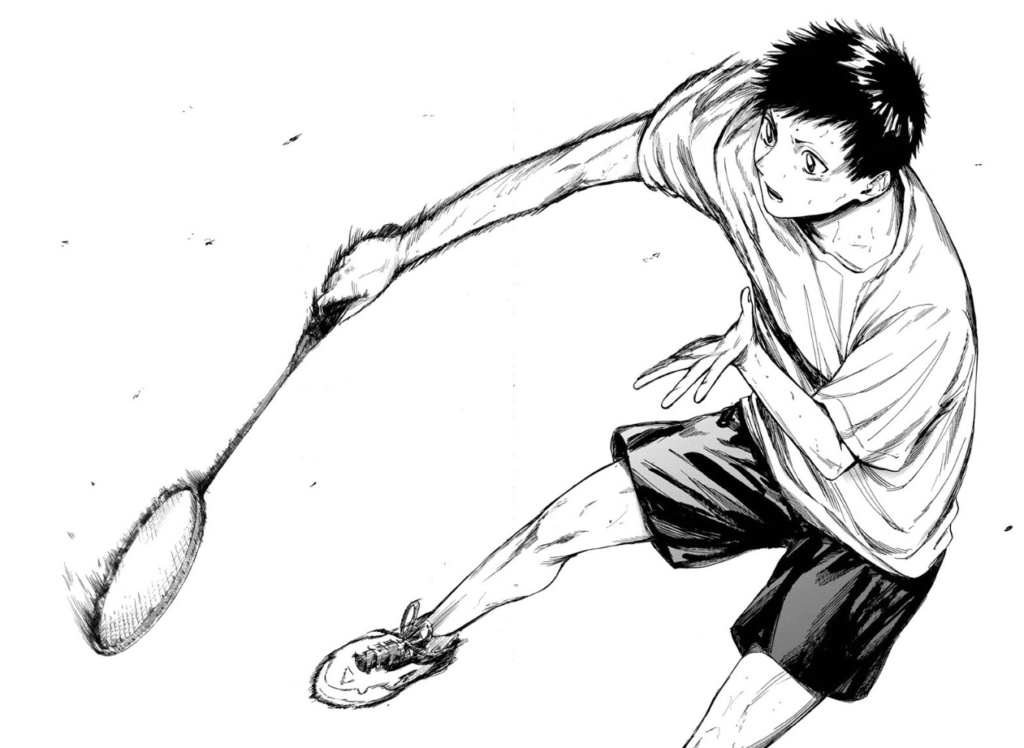 The beginning of a new week can only mean one thing: time for new Weekly Shonen Jump! This is where Jacob investigates the latest and greatest in the magazine, telling you what’s worth your time and what’s not. You can find coverage of other series under the tag Jump Time. Here’s Blue Box chapter 6.

Something is eating at Taiki Inomata: his crush and accidental housemate Chinatsu Kano appears to be getting along very well with his senior on the badminton team, Haryu. Although he’s tried all manner of ways to suppress his worst fears, they inevitably come out in a grudge match that makes Blue Box chapter 6 very special.

From the very beginning, it’s been clear that Haryu is on an entirely different level. He’s constantly talked about as the ace of the badminton team, meaning that he has a reputation that precedes him. Even if we don’t know his last name yet, ironically!

Taiki, meanwhile, has been putting in one-hundred and ten percent to try to boost his badminton game to make it to nationals, but that still isn’t enough to best Haryu. Most of the match in Blue Box chapter 6 sees the protagonist getting it absolutely handed to him, which has a deeper meaning: one of his friends notes that ‘the way he’s displaying their difference in strength, it’s almost like he’s telling him to give up on both those dreams.’ The two dreams he’s referring to, of course, are making it to nationals and winning Chinatsu’s heart. 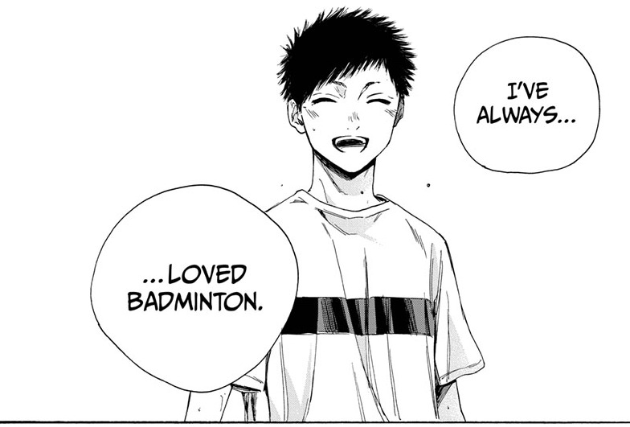 Nevertheless, Taiki isn’t discouraged. As it turns out, he isn’t just playing badminton for Chinatsu’s sake: ‘I’ve always loved badminton,’ he declares towards the end of Blue Box chapter 6. The way that he pulls up his sock above the friendship bracelet that Chinatsu gave him is also symbolic of the way in which his crush motivates him, but doesn’t define him. He’s striving to achieve his dream for himself, not someone else.

If it wasn’t for that fact, then Taiki wouldn’t be able to hit back Hyaru’s high shot at the very end. I think that’s the progression that Blue Box chapter 6 is implying, although the outcome of the match is to be revealed next week.

This is a very strong chapter exploring Taiki’s character motivations and proving that this series isn’t just a love comedy: it’s a surprisingly effective sports drama, too. High School Family eat your heart out!

You can read Blue Box chapter 6 for free via VIZ Media.