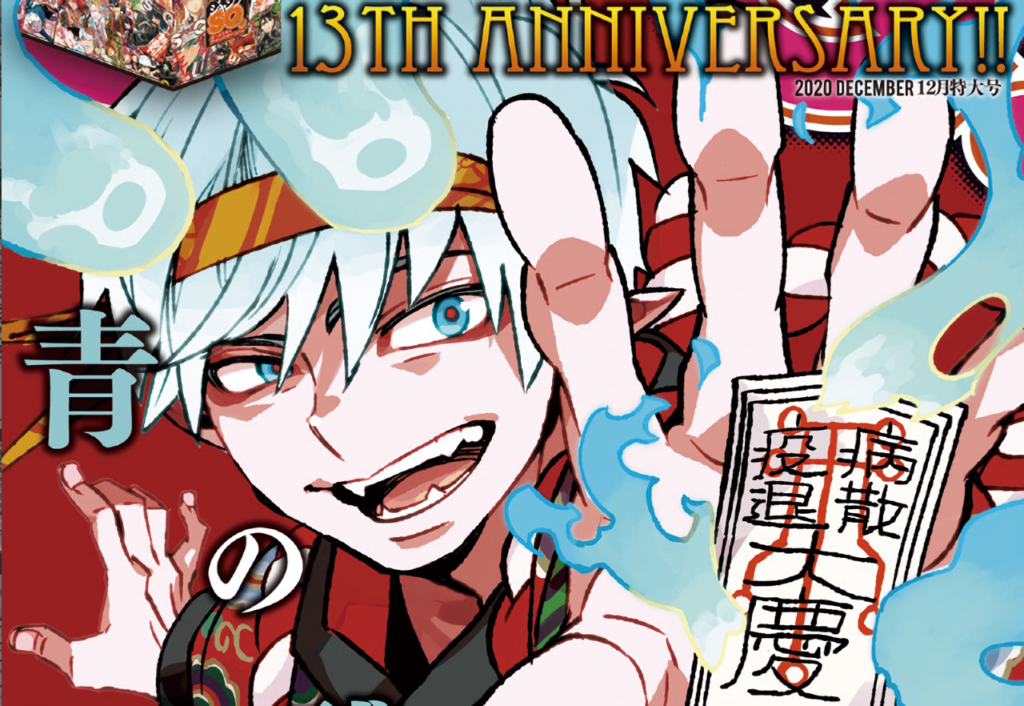 Blue Exorcist is set to enter a two-month hiatus from the pages of Jump SQ this week, missing both this month’s issue no. 3 (on sale 4 February) and next month’s issue no. 4 (4 March). Speaking via her official Twitter account, series author Kazue Katou explained why: ‘Simply put, the reason is that twelve years of tiredness has suddenly caught up with me. I’m not ill or anything like that,’ prompting yet another conversation about the tough working conditions of the manga industry.

You’d be forgiven for thinking that a monthly series like Blue Exorcist might benefit from a slightly more lenient production schedule than something released every week, but this two-month hiatus announcement proves that this isn’t necessarily the case. Making good manga is hard, let alone on a regular basis, and doing so for over a decade is bound to wear you down at some point. Katou says that she’s ‘resting right now,’ which is good, but more must be done to curb the endemic of overwork and burnout that pervades the industry. 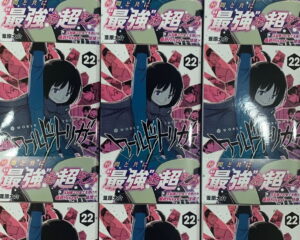 It’s no accident that Blue Exorcist’s two-month hiatus announcement comes just days after Daisuke Ashihara, author of World Trigger, announced that he too would be taking a sudden, one-issue hiatus from Jump SQ due to a ‘sudden illness.’ In theory, Ashihara should also be benefitting from the more lenient production schedule of a monthly series (especially as he once was serialized in Weekly Shonen Jump) but still, his underlying health problems remain.

Granted, we have no idea if Ashihara’s recent hiatus had anything to do with his historic spine and back pain, but it doesn’t exactly paint a good picture for Jump SQ when combined with Blue Exorcist’s slightly longer hiatus: two of its most popular series will be missing in this month’s issue. Clearly, more must be done to avoid manga ruining the mangaka: reducing the number of pages and getting rid of color illustrations, as is done in Haruta, would be a good start.

Blue Exorcist will be on hiatus until the beginning of April. You can read it for free via VIZ Media’s Shonen Jump.

Everything You Never Got Around To Learning About Blue Exorcist