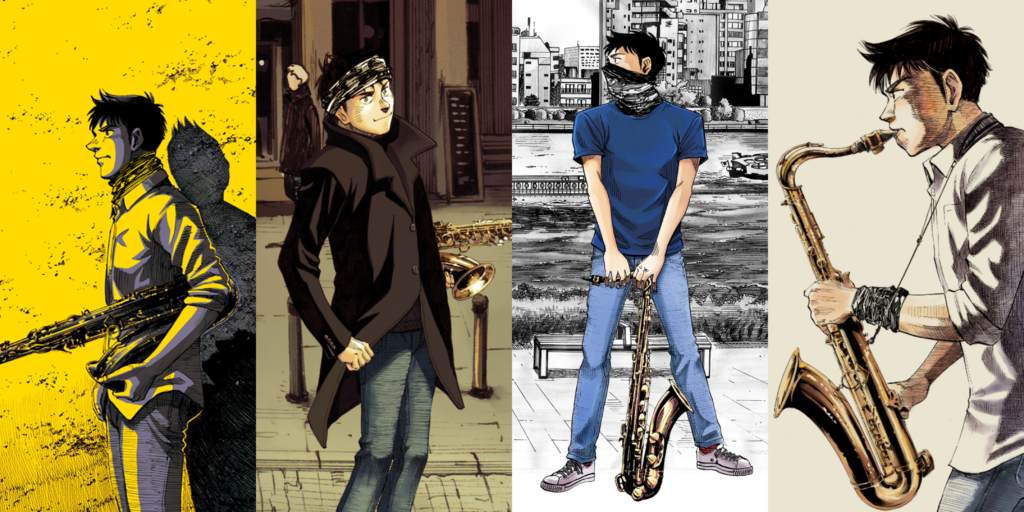 Shinichi Ishizuka’s Blue Giant has teamed up for a collaboration with The North Face, debuting a “multi-use band” that fits in perfectly with the series’ latest theme of exploration.

Blue Giant Explorer started earlier this year in Shogakukan’s Big Comic and features the protagonist, Dai Miyamoto, journeying to America. Stop me if you’ve heard this one before, but Blue Giant’s North Face collaboration band functions as a neck gaiter, headband, and face mask – making it essential for traveling in the time of COVID-19.

Still, though, what makes this North Face collaboration cool is how it mirrors the story of Blue Giant Explorer. Having taken on all of the challenges that lay before him in Japan in the original series and then Europe in Blue Giant Supreme, Explorer sees Dai – who is aiming to be the world’s greatest jazz player – travel to America, the birthplace of jazz as we know it. And if he were really to do so, he’d need something along the lines of this item. 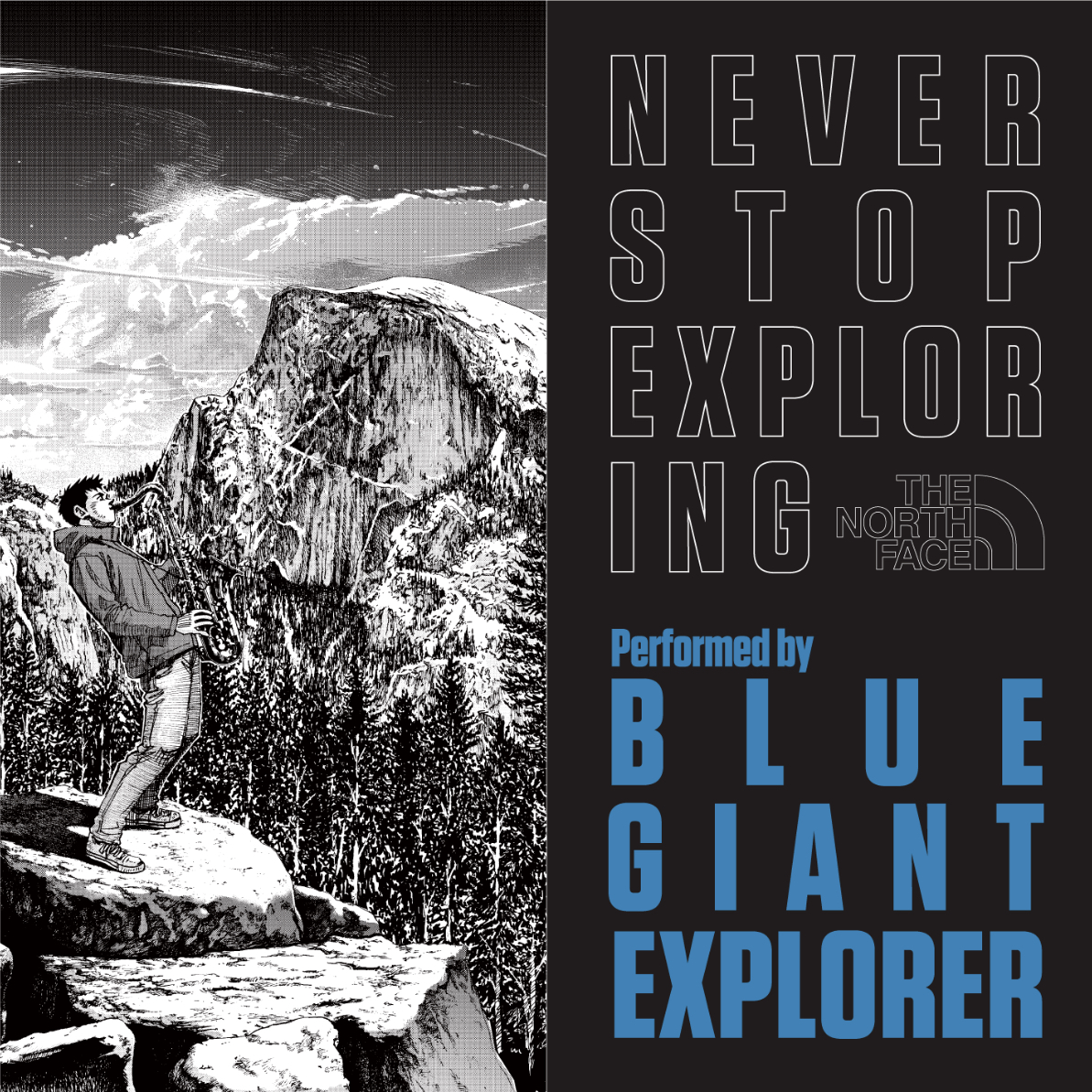 The illustrations drawn by Shinichi Ishizuka for the collaboration are also pretty cool, and it is worth noting that all of the proceeds will go to charity. Blue Giant’s item is just the second “volume” in North Face’s ongoing campaign to support Medecins Sans Frontieres in their fight against COVID-19, with the first volume featuring Junya Watanabe and Comme des Garçons.

Unfortunately, Blue Giant’s North Face collaboration isn’t available to order outside of Japan, but (in an update to one of our previous articles) Shinichi Ishizuka’s long-running series is finally getting published in English – by Seven Seas Entertainment and in omnibus format, no less.

What’s more, this wasn’t even the first Blue Giant collaboration to get announced over this past week: before the North Face item was unveiled today, Brooks Brothers unveiled their collaboration with the series on October 23. Focusing on their iconic dress shirts, you can pick up some limited edition items with subtle jazz additions at participating stores. What’s not to like?