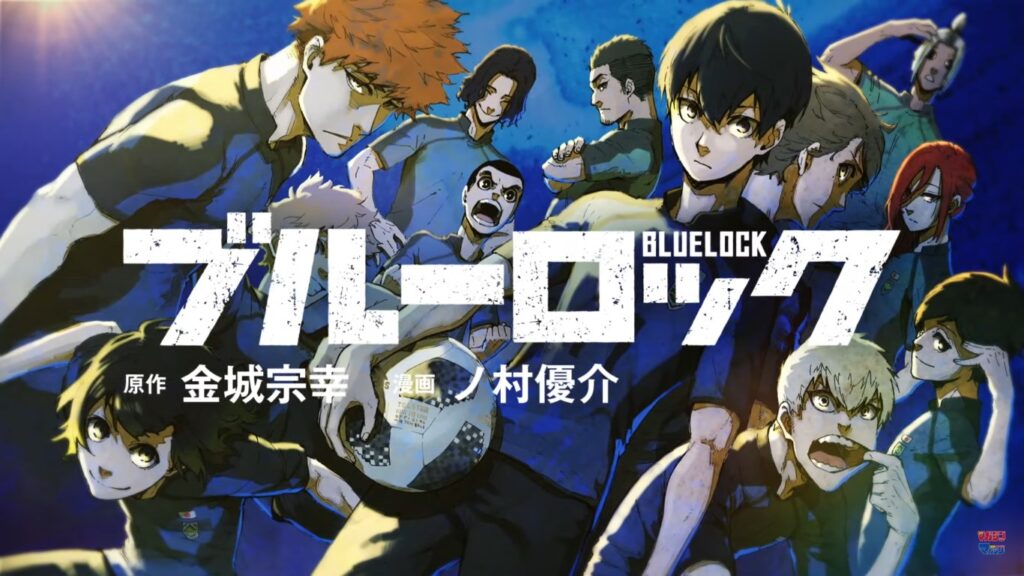 Serialized since 2018 in Weekly Shonen Magazine, Muneyuki Kaneshiro and Yuusuke Nomura’s Blue Lock has garnered a lot of attention as of late. Perhaps it’s something to do with more people having more time on their hands or the proliferation of reading manga as a hobby in English-speaking circles in general, but I’ve barely been able to escape conversation about the soccer series on Twitter and the like. This new animated Blue Lock PV, in turn, may just convince me to check it out – along with stoking hopes for an anime adaptation.

Blue Lock follows the story of Yoichi Isagi, who is invited to a mysterious training program to discover and cultivate “the worlds’ greatest egotist striker.” Taking its inspiration from the very real weaknesses of the Japanese national soccer team, Blue Lock turns the beautiful game into a battle royale by pitting 300 strikers against each other.

The above PV showcases Blue Lock’s premise well, along with introducing several members of its large cast of characters. The two veteran voice actors Nobunaga Shimazaki (Free!, Kuroke no Basket, Diamond no Ace) and Yuuki Ono (Kuroke no Basket, JoJo’s Bizarre Adventure, BEASTARS) provide all the voices for the characters, however, including protagonist Isagi and several of his rivals.

Now we come to the million-dollar question: does this animated Blue Lock PV signal Kodansha’s intent to greenlight a Blue Lock anime? Not necessarily. The aim of this PV is to promote the series’ collected volumes, of which nine are currently available, by recruiting the talents of two celebrated voice actors. Kodansha has produced many other animated PVs for other series in the past, including this one for its current runaway hit, The Cuckoo’s Fiancee.

Still, we can dream. Blue Lock undoubtedly has both the fanbase and mass appeal to make a successful anime if it was ever greenlit for one, which only makes it a matter of time. Nevertheless, considering that it took Tokyo Revengers several years since debuting in 2017, we can expect a Blue Lock anime to be several years down the pipeline.