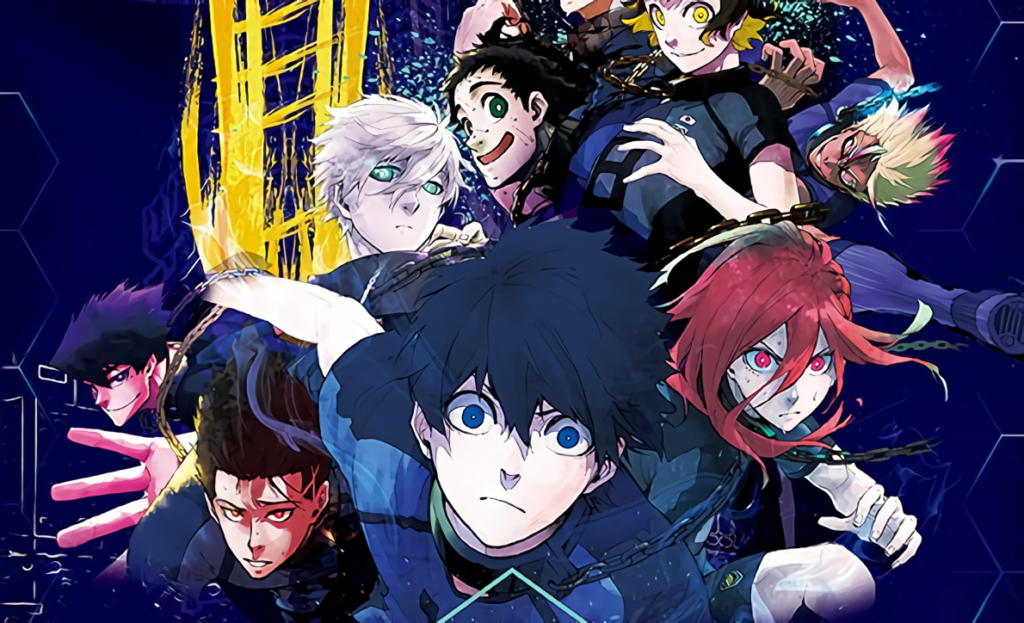 Tower Records in Shibuya will play host to an exhibition based on Muneyuki Kaneshiro and Yuusuke Nomura’s Blue Lock next month, the first of its kind for the popular sports series.

Currently serialized in Weekly Shonen Magazine, Blue Lock recently surpassed 3.6 million copies in circulation and continues to gain fans by virtue of its unique, engaging take on the beautiful game. In particular, it shows all mainstream shonen sports series that the subgenre doesn’t have to adhere to the rules: it can bend them to create something much more exciting.

As part of the Blue Lock exhibition, over 100 pieces of original production art by illustrator Yuusuke Nomura will be displayed alongside reproduction color illustrations, allowing you to see how the series is created. Photo spots will also allow you to take pictures with all of your favorite characters.

Given that this is a shonen sports series, the cast of Blue Lock is quite large. Nevertheless, the Blue Lock exhibition is doing something quite interesting with it: those that spend over 5000 yen at the gift shop will receive a random card with a small illustration of a player on it. These remind me of the old British favorite Match Attax, only driving home the series’ love for and appreciation of soccer/football that much further.

It’s almost surprising to see Blue Lock receive an exhibition without yet being adapted into an anime, but it’s not like it’s the first: SPY x FAMILY also got one a couple months back, which clues you in to the kind of prestigious comparisons that it invites. When will the series get an anime? Soon, probably, although other Magazine series keep jumping the queue instead of waiting their turn…

The Blue Lock exhibition will run from 15 May to 6 June in Tower Records Shibuya. For those not in the know, the series is a soccer battle royale centered around the aim of creating ‘the world’s greatest egotist striker.’ Please don’t hesitate to check out the official website for more information!