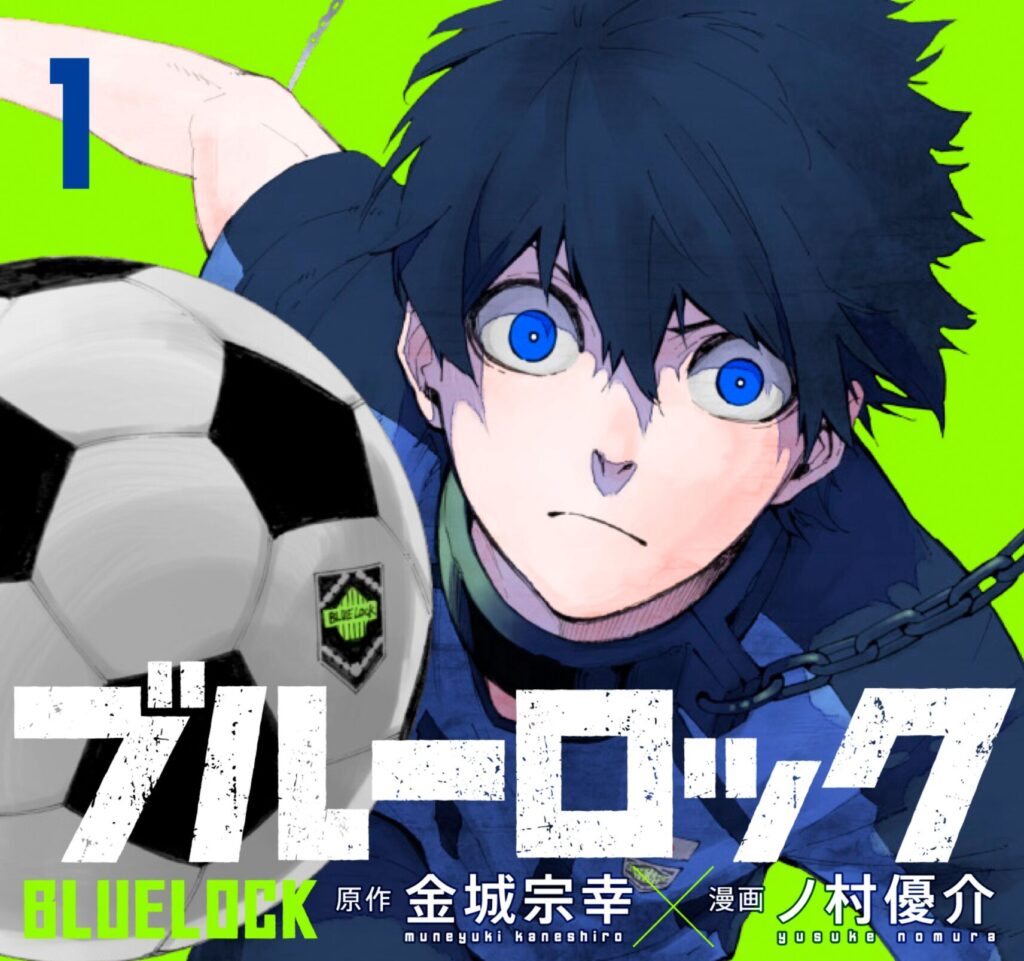 It is no secret that Weekly Shonen Jump is suffering from a bit of a sports-shaped hole right now. Despite years of vibrant history in the genre, the departure of Haikyu!! left Shueisha’s legendary magazine without a sports series for the very first time in its 50-year history. This was mainly because of the failure of their previous attempts to get a sports series off the ground, with such series as Beast Children and Double Taisei releasing to mixed reception.

Nevertheless, an up-and-comer in Jump’s eternal rival, Weekly Shonen Magazine, might just show Shueisha how it is done. Penned by Muneyuki Kaneshiro and illustrated by Yuusuke Nomura, Blue Lock is exactly the kind of sports manga that the genre needs right now – one that breathes new life into the concept, disregarding norms, and hopefully transforming it for the better.

Soccer, but Not as You Know It

Blue Lock is a soccer manga, but not as you know it. It is certainly about two teams of eleven players kicking a ball about, occasionally scoring goals and celebrating accordingly. But even that explanation is far too simple: if anything, Blue Lock is as much a survival manga as it is a sports manga – this is because Blue Lock is, in fact, a battle royale.

Now, you may be rolling your eyes at the prospect of yet another battle royale. Between Super Mario Bros. 35 and Fall Guys, you may be sick to death of the subgenre. I wouldn’t blame you. Yet, what is important about Blue Lock’s setting is the lesson that it provides for the rest of the sports genre, showing what it is truly capable of. 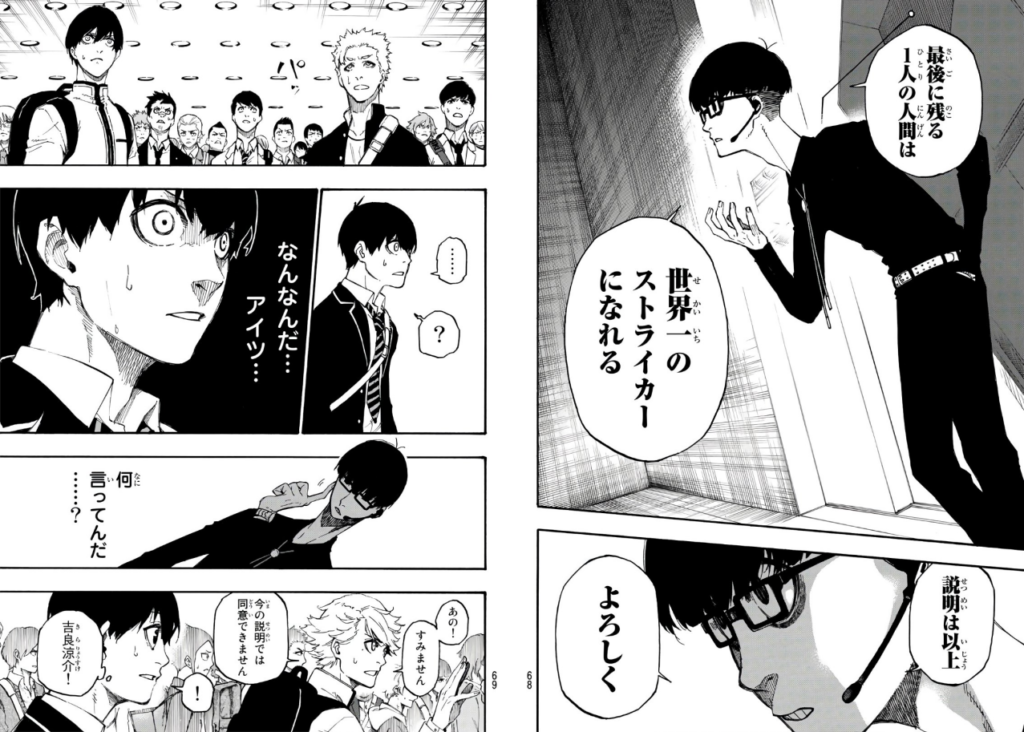 Blue Lock takes place in the modern day, just after Japan’s elimination from the 2018 FIFA World Cup. Citing a lack of good strikers, the Japanese Football Union (JFA) recruits the talents of Ego Jinpachi to lead a radical new project: ‘Blue Lock,’ which will bring together all of the most talented 300 young forwards in the country.

It’s aim? “Destroy Japanese loser football” by having them participate in a brutal battle royale to create “the world’s greatest egotist striker.”

Just on a surface level, this premise is a lot more interesting than the straightforward rugby of Beast Children. It also commits to it much harder than Double Taisei, which abandoned its “body swapping” gimmick about halfway through to become yet another shogi story.

The key lesson that Blue Lock provides here is that the sports genre can be so much more than a simple drama involving one game or another. In manga, there is absolutely no reason to stick to reality – why not take the concept of football and apply it to something else, such as battle royale? There’s nothing stopping you.

What’s more, Blue Lock’s interesting premise isn’t just for show. It is clear from the very beginning that author Muneyuki Kaneshiro has it well thought out, down to the finest detail: one particular moment that struck me was in volume 1, where it turns out that your “rank” as a striker also determines what sort of food you are allowed in the cafeteria. It is small touches like that which really add to the worldbuilding and showcase the quality of the writing.

Once more, Blue Lock doesn’t give up on this concept halfway through. Unlike Double Taisei, it sticks with it, exploring it in all of its complexities and even slowly expanding it as the chapters go on. One example mentioned earlier is the “ranking” system, where players are put in order according to their worth as a striker, as well the “weapon” system, which gives each character a unique ability as the matches deepen in complexity.

Nevertheless, Blue Lock’s inventive premise does not take for one moment precedent over the series’ characters. Every development in the plot is predicated on our characters’ wants and desires, making it a firmly character-driven narrative. This is important as it is ultimately the characters whom we identify with the most in fiction, and well-developed ones can act as a bedrock in the hectic environment of serialization. In this sense, another part of Blue Lock’s appeal is its compelling cast of characters.

Our protagonist is Yoichi Isagi, a forward in his second year of high school who begins his journey through Blue Lock at the very bottom. In this sense, the series is a true underdog story. Aside from him, we have his teammates in ‘Team Z’: the eccentric Meguru, the hot-headed Jingo, and the trauma-ridden Chigiri. Each one of them has their own distinct personalities, which is rendered even more distinct by their distinct designs.

Speaking of designs, one of the ways in which Blue Lock is able to craft such a compelling cast of characters is undoubtedly through artist Yuusuke Nomura’s eye-catching designs. If I had to describe them in a word, it’d be “ugly” – not a slight on his art at all, but mainly because of the exaggerated proportions and facial expressions that he tends to use. 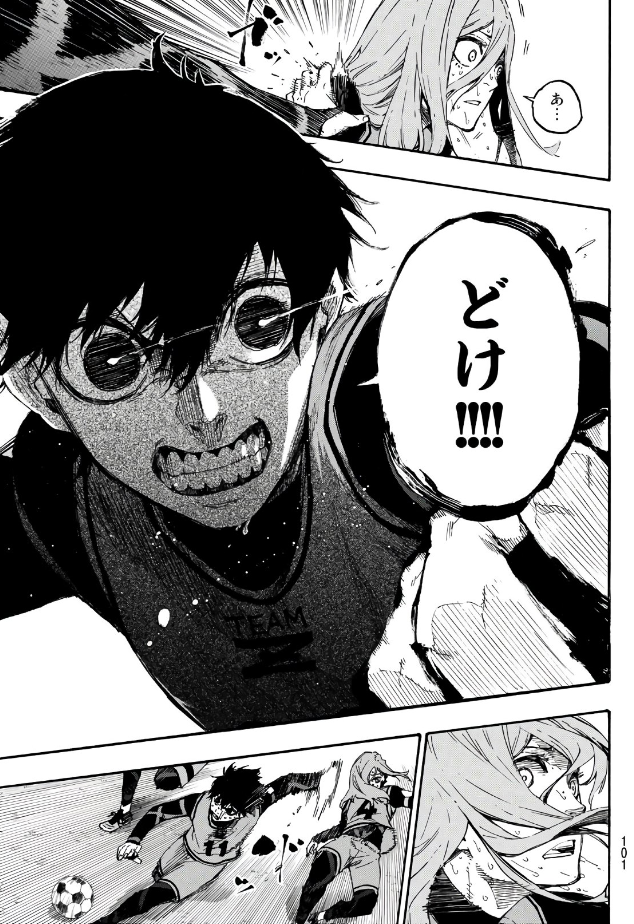 In this sense, Ego Jinpaichi is perhaps the most ugly character of all. Everything about him, from his bowl cut to his dress-down fashion sense, just screams “ew” and works surprisingly well whenever he is delivering exposition. And if there’s one thing you can definitely praise Nomura’s art for, it’s for making even exposition interesting.

Much like the series’ premise, what Blue Lock’s designs teach us that us that characters do not need to appear realistic. They can, to some extent, be cartoonish, enjoying exaggerated proportions and indulging in exaggerated expressions – I mean, why not? No one’s stopping you.

There is, however, a limit to this. Double Taisei shows us that just creating wacky characters isn’t enough to make a good series, and neither is it enough to save it from cancelation. But at least Blue Lock and Double Taisei have characters to be remembered by: while writing this piece, I racked my brain hard to remember any characters from Beast Children worthy of comparison, but each time I came up empty. This shows the importance of strong, well-written characters, which Blue Lock has in abundance.

Blue Lock: Not Entirely a Revolution

That being said, we must not overcook the goose. For all of its wonderful characters and inventive premise, Blue Lock is, at the end of the day, just another shonen manga – in fact, one could say that all it does is simply transform soccer into a battle manga.

Furthermore, while many of its characters are compelling and engaging, they don’t progress much beyond archetypes, making it quite familiar to anyone who has read a lot of sports series. 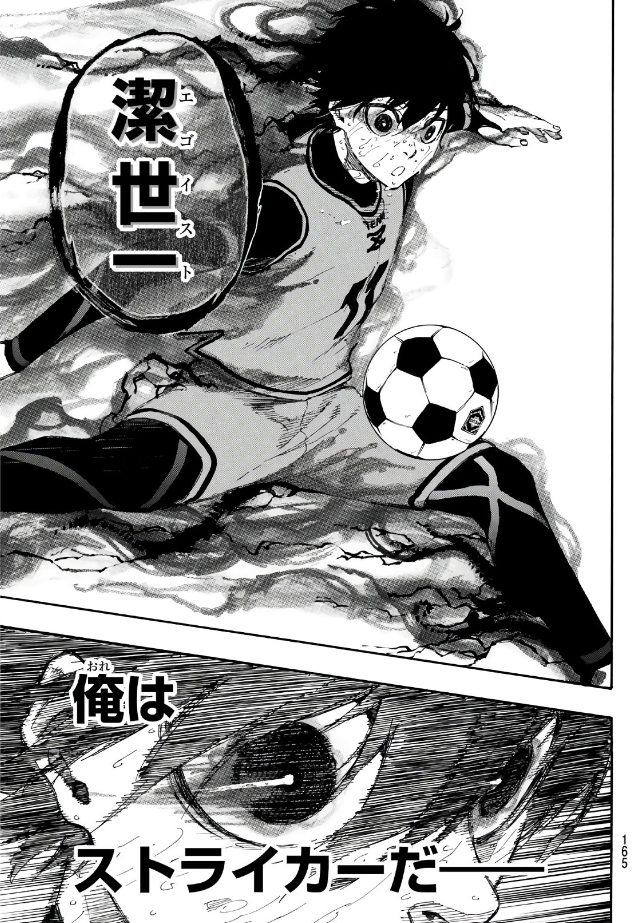 But, at the same time, Blue Lock does contain some good lessons. It shows us that sports series do not have to be straightforward, and can be twisted and morphed into other subgenres if the author so wishes. Much the same can be said about the characters, which enjoy unique designs that go so far in making them memorable. Even if they are archetypes, they are ones that won’t be easily forgotten.

Furthermore, Muneyuki Kaneshiro and Yuusuke Nomura must be doing something right, as Blue Lock is selling very well and is getting rave reviews. The series recently surpassed 1.9 million copies across 10 collected volumes and is being heavily lobbied by fans for an anime adaptation. Whether or not that will actually happen, however, we will have to wait and see.

In the meantime, it must be said that Blue Lock is a breath of fresh air in a genre that has felt stagnant ever since Slam Dunk departed the scene in 1996. True, there have been some great series since then – Haikyu!! was pretty good, and who can forget about Eyeshield 21 and Kuroko’s Basketball? – but nothing that has really changed the game. I hope that Blue Lock is the first step towards doing so.

You can read Blue Lock via Kodansha.