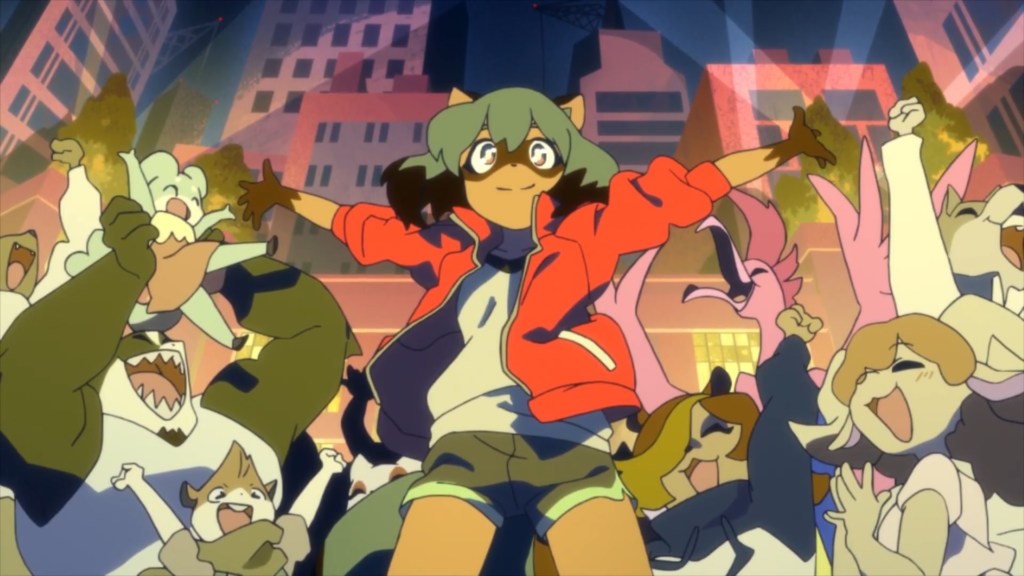 In Studio Trigger‘s near-decade of existence, they’ve continued to be a unique voice in an increasingly homogenized medium. With their passion for worldwide animation and comics alike, they’ve continued to craft standout anime like Kill La Kill and Promare that people keep close to their hearts no matter how much time passes.

Their 2020 effort BNA: Brand New Animal had the chance to woo many with its Netflix exclusive run, and now it’s getting some well-deserved recognition in the form of an Annie Award nomination. As that name might suggest, the Annies are an animation-focused award hullaballoo. In particular, BNA’s nominated for their character designs, for which we can thank veteran animator Yusuke Yoshigaki who delivered some of his best-ever work despite being this deep into his career.

In an exclusive interview given to OTAQUEST last year, Yoshigaki stated that BNA: Brand New Animal’s protagonist Michiru was actually the hardest character for him to fully realize. See, while his designs were used for the actual animation (and he deserves all the praise in the world for making a cast of characters so visually distinct yet looking great in motion), they were largely based on concept art by Genice Chan.

We also were lucky to interview her last year, in which she opened up about how Trigger’s older works were an influence to her craft. In truth, this Annie Award nomination spiritually belongs to them both.

Specifically, in the character design field, BNA Brand New Animal contends against some worthy competition, but also some head-scratchers; No doubt Looney Tunes features some of the greatest design work in animation history, but do new updates to nearly century-old designs really count?

Yoshigaki and Genice fabricated magic with nothing but their imagination and, in the former’s case, over 20 years of Key Animation experience. We’ll note the episode ‘Runaway Racoon’ netted them the nod.

The fact that BNA Brand New Animal got nominated for this Annie Award category is an accomplishment worth celebrating, though also a signifier that not even the Annies take anime as seriously as they should.

At least BNA brings along with it anime history in its influences, as director Yoh Yoshinori explained the idea for the show drew from Osamu Tezuka. Kill La Kill and Gurren Lagann screenwriting powerhouse Kazuki Nakashima elevated that vague Tezuka influence to provide a meaty story, drawing on real-world racial inequity, to provide a platform for the show’s wholly charming character designs to be put to some real good.

Whether BNA is your particular favorite piece of animation from 2020, undoubtedly it’s one of the most ‘animation’ pieces of anime to come out last year. It continued the Trigger tradition of eschewing stereotypical anime aesthetics and opting to collide their art with manga, cartoons, and comics alike. This time, it got them an award nomination.

The 2021 Annie Award Show will broadcast online on 16 April.