At times comical, and yet at other times serious, the characters move in a flurry of movements and expressions. Conceptualized by Genice Chan and brought to life by Yusuke Yoshigaki’s designs, these creations were supervised by legendary animator and director Yoh Yoshinari. Although there’s new blood in the form of Genice, the final product, BNA: Brand New Animal, still very much retains that unique TRIGGER charm. Today we sit down with Yusuke Yoshigaki to ask him about the anime’s production process.

OTAQUEST: What was your first impression when you heard about BNA: Brand New Animal?

Yusuke Yoshigaki: When I heard that there was going to be a segregated city full of beastmen called Anima City, I initially thought I should only draw the beastmen. However, I quickly learned that from the second episode onwards there would also be beastmen that take the form of humans that appear. I thought ‘well, this is a pain. I’m going to have to draw two different forms for each character.’ (laughs)

OTAQUEST: You were also part of the design team for Little Witch Academia.

Yusuke Yoshigaki: I was in charge of the mob character designs for Little Witch Academia. At the time, I was able to draw basically anything I wanted to. This time during the design process I realized just how important the design of the main character is and the responsibility that comes with that, and I thought to myself ‘man, I’m in for a doozy with this one.’

OTAQUEST: At what point did you come to realize that responsibility?

Yusuke Yoshigaki: This time I had the rough draft from the Director, and a solid color draft from Genice to use as a reference for my designs. Initially, when I was designing Michiru, I had a habit of over-applying my own ideas. But I realized that by forcing my ideas, it only hindered the original concept of the designs. I guess I was overthinking too much, and all I had to do was to provide my interpretation. In that sense, Michiru became the hardest character for me to design. 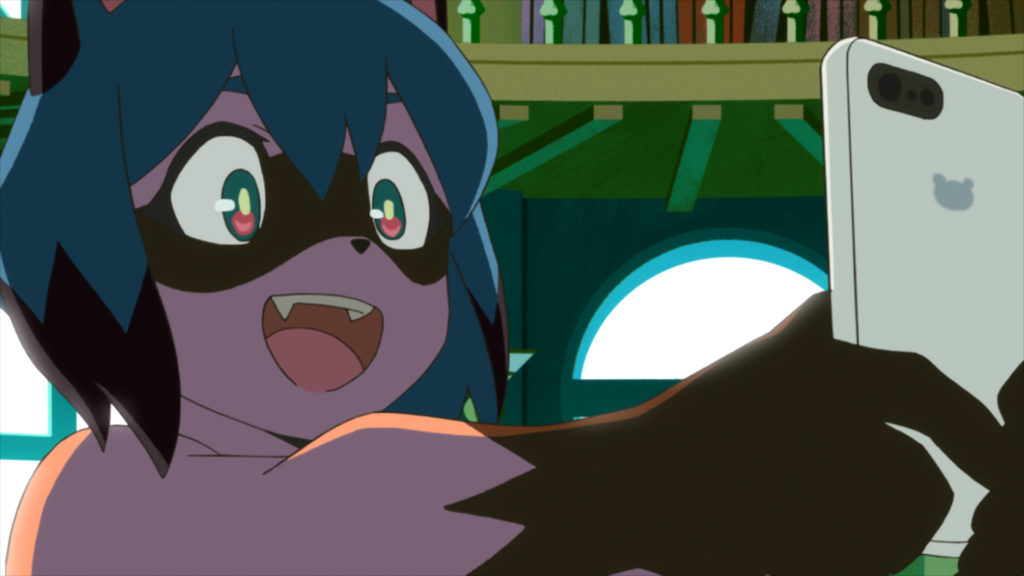 Yusuke Yoshigaki: Genice’s draft was honestly more than enough to be considered a finished product. Combined with the concept design of the townscape, she had an established world created. It’s quite remarkable. I’ve even discussed the possibility of proceeding to animation with her original takes.

OTAQUEST: Michiru’s most defining features are those big spots around her eyes and her hairstyle. Can you tell me a little bit about that?

Yusuke Yoshigaki: Initially in both revisions, Michiru had rings around both of her eyes. However, there was an incident where I had to draw Michiru off my memory, and I drew her with a single big spot around her eyes. That just kinda happened to stay that way until the end. Her hairstyle was initially a simple bob cut as well. However, the Director requested a point that stuck up from the back of her head when viewed from the side, and that’s how we got her current look. Aside from these changes, the final design is very similar to Genice’s original design.

OTAQUEST: And how about Shirou?

Yusuke Yoshigaki: The beastmen version of Shirou that Genice drew was more stylized. However, the Director commented to ‘make it a little more realistic,’ and I was handed a book filled with wolf photography to work with. Looking back to it now, many of his facial expressions include concerned and disturbed ones, so maybe I should have done more with uplifting expressions.

OTAQUEST: Were there any details that you tried to connect between his beast and human form?

Yusuke Yoshigaki: Not, not in particular. I wasn’t instructed to, and I didn’t really think to do it myself. This is the same with the other characters, but if they’re wearing the same clothing, then I figured it’d be understood that they’re the same character.

OTAQUEST: At what point during the scriptwriting was it decided on the types of beastmen that would appear? For example, there’s some pretty unique animals, like Barballet Rosé being a naked mole rat.

Yusuke Yoshigaki: The beastmen that will appear were decided well in advance. For example, the turtle and rhino beastmen that appear in episode 3 were designed solely off of the rough sketches provided by the Director. In regards to the naked mole rat, Genice’s take on the design looked much different to the ones seen in actual photographs. In these incidents, I would often lean towards her designs.

OTAQUEST: BNA: Brand New Animal is a work that has quite a serious story but manages to maintain a lighthearted tone with cartoonish expressions. How were you able to balance between the two while designing characters?

Yusuke Yoshigaki: As I mentioned earlier, the concept board drawn by Genice is quite stylized. It’s difficult to implement those designs into Japanese animation, but there was this goal to keep it as close to the original as possible. So I made an effort to draw the characters while still retaining some of that stylized charm. For instance, instead of drawing the shadows with bevels and lots of details, I instead opted to go for the bold shape of the shadows.

OTAQUEST: Can you tell us a bit more about the other characters as well?

Yusuke Yoshigaki: Nazuna started off with a rather simple look for her face on my first attempt. The Director then requested that I make her face able to convey more emotions, so I went and added some more features. It immediately made her into more of a bishoujo-type character. It was a similar deal with Alan. When the Director applied a simple revision to the eyes, the character suddenly became a lot more attractive. Many of my takes were lifeless even with colors, but the ones with revisions became even more impressive. This is the moment where I finally realized what was expected of me. 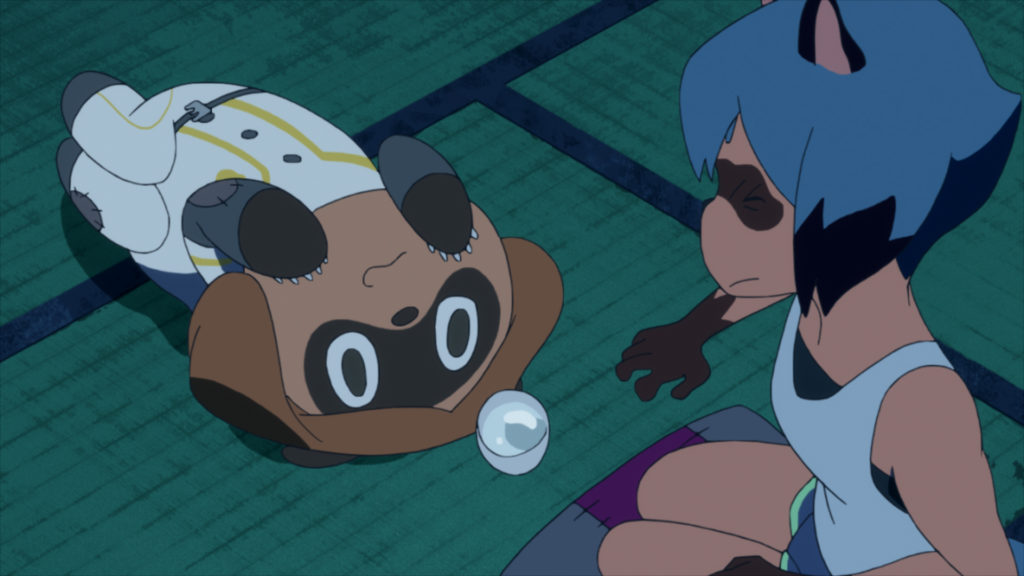 OTAQUEST: Among them, which character was the most impactful?

Yusuke Yoshigaki: The female catcher that appears in episode 5, Jackie. She was the character that the animation producer, Mrs. Tsutsumi, showed me during the pitch. I recall her saying ‘look, there’s an interesting character like her.’ Jackie was one of the characters that I didn’t have much issue designing, and I originally envisioned her to be a lot more tame. However, Mr. Sushio, who was in charge of the episode’s animation, depicted her to be much more expressive, making her the character we know now.

OTAQUEST: What are your thoughts on series?

Yusuke Yoshigaki: I really enjoy how the characters are interpreted to be a lot more energetic than when I draw them. I’ve also shifted to an animation director from episode 5, and I am mainly revising key frames at this moment. I feel confident to say that I can relate with my characters more now that I’ve drawn them so many times, and not because I’ve simply designed them. The characters that are often revised are Shirou and Alan. I have a fond memory of Shirou’s revision requested stating that ‘his mane looks too much like a Christmas tree from a low angle.’ I laughingly fixed the scene thinking, ‘Yeah, it does look like a Christmas tree.’

OTAQUEST: The story of BNA is also now nearing its conclusion.

Yusuke Yoshigaki: When I first heard about the project, I was expecting the story to be a little more carefree (laughs). The latter half of the story is quite serious, and it definitely caught me by a surprise, and hopefully for the viewers. I would be very happy if you could look forward not only to the story but also the visuals and other finer details as well.