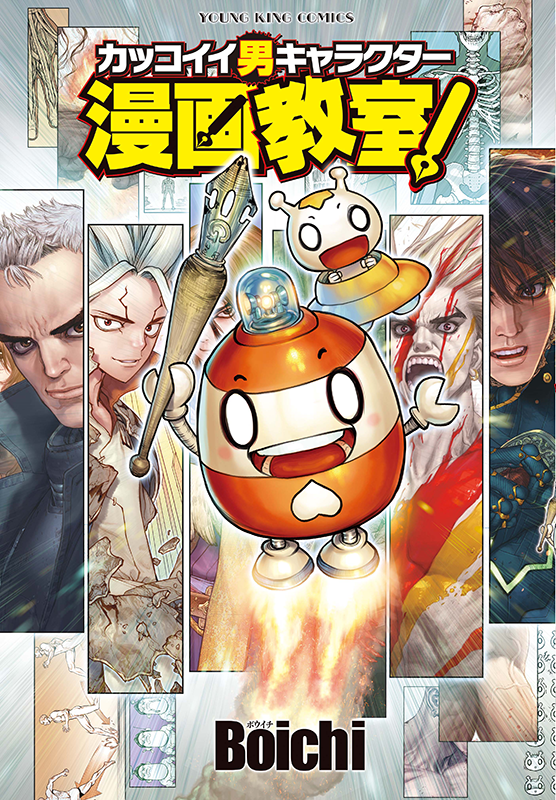 There are perhaps no manga artists working today that can draw characters as ‘cool’ as Boichi. From his work on the Weekly Shonen Jump manga Dr. STONE in collaboration with Eiichiro Inagaki, to his solo efforts Sun Ken Rock and ORIGIN, the Korean-born artist’s character designs in each simply ooze effortless cool and general badassery. If you’ve ever wondered how he’s able to do this so consistently, then you’re in luck: Boichi just put out a manga how-to book.

Titled ‘Cool Male Characters: Manga Classroom,’ this how-to manga was originally serialized in Shonen Gahosha’s Young King OURs, the monthly counterpart to Young King, where Sun Ken Rock was serialized up until 2016.

Boichi’s new how-to manga book follows a mangaka (probably modeled after Boichi himself) as he teaches his young assistant, Yoshino, how to fulfill his ‘dream’ of being able to draw cool male characters. As to why that’s his dream: as he reasons, ‘If it’s manga, then it’s gotta be male characters.’

Boichi, through his insert mangaka character, guides us through the principles of character design, and his own tips and tricks for making those characters as ‘cool’ as possible.

For instance, as Boichi claims, introducing a character with a close-up on the face ‘invades’ the heart’ of the reader, whereas utilizing a body shot is more useful for making the reader connect with the mission or ‘destiny’ of the character. 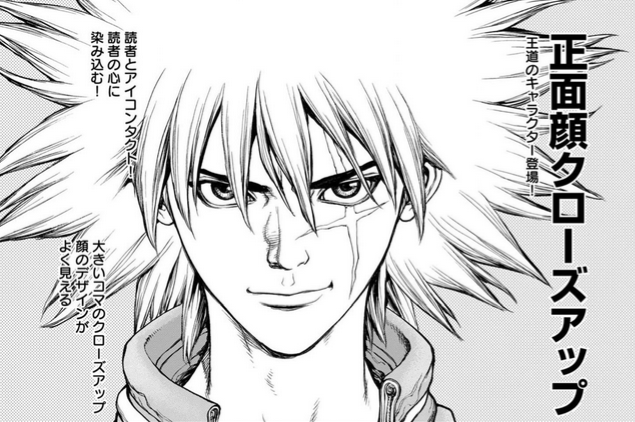 Someone who’s never studied art such as myself would probably never be able to realize the nuance of such a choice, and the fact that Boichi is able to so effortlessly explain this is a testament to how much the Korean-born artist has studied to improve his art over the years.

Such studious attention to detail is what makes Boichi’s art so realistic and highly detailed, but even if you don’t have time to study human proportions all day, Boichi is able to give you some pointers anyway with his how-to manga book.

Take, for instance, Boichi’s section on how to portray ‘sadness’. As he points out with helpful arrows, the lines formed on the brow change with each emotion. How low the bottom lip is in relation to the top lip also portrays how intense the sadness is, and whether it comes closer to ‘anguish’ than anything else. Pretty interesting stuff.

I’m not an artist, nor do I have any desire to become one, but Boichi’s how-to manga book is pretty interesting. In the first instance, it shows how he’s able to put out such highly detailed art on a regular basis, but it also shows how the Korean-born artist has been accepted by the Japanese manga community as one of their best.

If you are an artist, I’m sure that you’ll be able to glean many more helpful tips than I am, so definitely considering picking this one up.

That being said, do be aware that Boichi’s how-to manga book only covers how to draw cool male characters. This is a bit of a shame, especially considering how cool Boichi’s female character designs are in Dr. STONE, but I hope that Shonen Gahosha well let the artist remedy this problem with another book sometime soon.