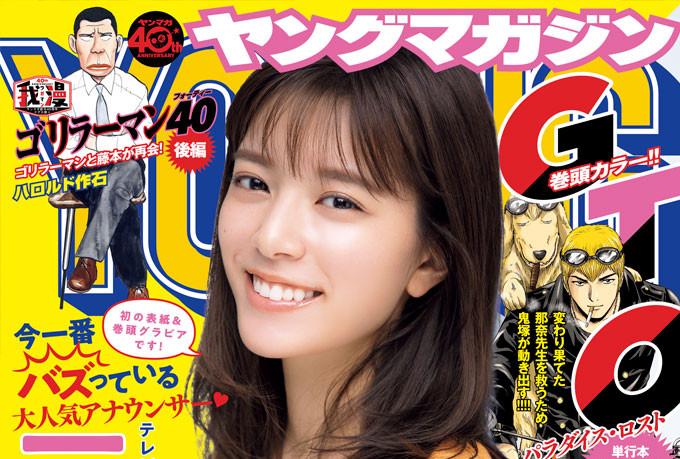 Boichi is returning to the pages of Weekly Young Magazine for the first time since the end of Origin with the multi-part short story Kare wa Soko ni Ita, starting in next week’s issue no. 48. This will also be the Korean author’s first original project since the start of Dr. STONE in 2017, given that Dr. STONE reboot: Byakuya was a spinoff of that series. As to how he manages to do so many projects at once, we have no idea!

According to Anime News Network, Kare wa Soko ni Ita “takes place in the far off future and centers on a driver of a large truck who has a secret that he can’t tell anyone” and will run for two chapters. Boichi’s new manga is part of the 40th anniversary celebrations for Kodansha’s seinen-oriented magazine, and is joined by such authors as Harold Sakuishi (author of BECK: Mongolian Chop Squad), who released a new installment of his Gorillaman series previously. In fact, Kare wa Soko ni Ita will be the thirteenth such manga to premiere as a one shot for the magazine’s 40th anniversary.

Unfortunately, Boichi’s new manga will not last for more than two weeks, so don’t get your hopes up too much. Even so, it is good to see the author back working on original projects – Origin was rightfully lauded when it ended last year, and Sun Ken Rock remains one of the most brutal manga ever created. Sometimes the author’s subsequent work with Riichiro Inagaki can overshadow this fact.

Speaking of Boichi’s projects, one has to wonder how on earth he has managed to find the time to put together a new manga. Kare wa Soko ni Ita will not only be published along with Dr. STONE in Weekly Shonen Jump (Yuusuke Nomura already proved how tough weekly serialization in a recent tweet), but also the manga adaptation of Ace’s Story in One Piece Magazine. Please remember to rest, Boichi-sensei!

You can read Kare wa Soko ni Ita when it releases next week.

‘Tawawa on Monday’ Gets Surprise Serialization in Weekly Young Magazine