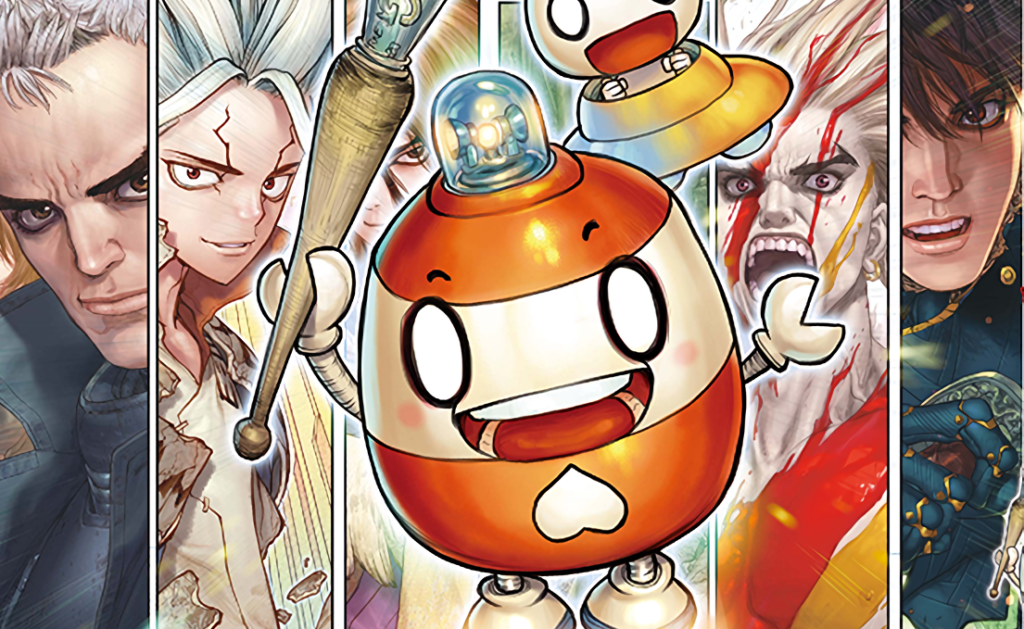 Dr. STONE artist and Sun Ken Rock creator Boichi recently conducted a Q&A with fans on his YouTube channel to celebrate passing 10,000 subscribers. In doing so, he touched upon many aspects of his life and career – including how to become a mangaka and how to create a successful story.

Boichi started out the Q&A by answering two questions as to what kind of “qualities” are needed to become a mangaka, and how someone outside of Japan can become one. Answering the first question in a more artistic sense, the creator said that just as different series require different visual styles, so too do the qualities differ. With regard to the second, he pointed out that he was able to become a mangaka in Japan despite being born in Korea, but recommended that aspiring creators become successful in their own countries first before making the jump overseas.

Many more technical questions were answered by Boichi during the Q&A, such as what kind of brushes he uses and how he draws hands and feet, but these function much better with visual aids. Even so, some of them are worth highlighting here. Firstly, Boichi was keen to emphasize that you do not need expensive digital tools to start drawing manga. In fact, he said that he uses incredibly cheap ink and started out by drawing on the back of scrap paper. More interestingly, he explained that the practice of paneling has changed greatly over the years: before, it was very common to use eight panels on a page, whereas now six is more common. This helps explain why old series can feel a little cramped in comparison with new ones. 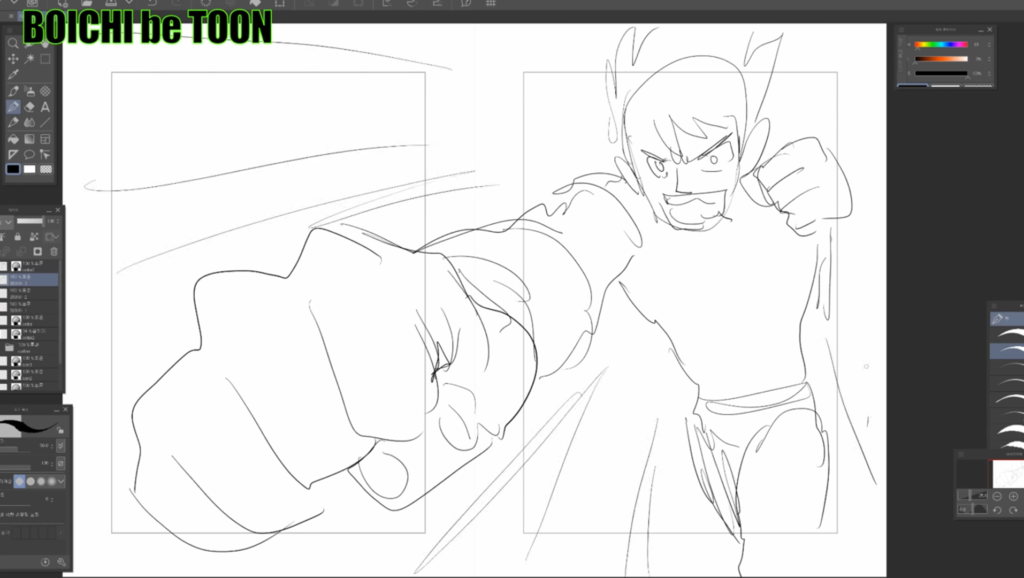 One thing that Boichi touched upon multiple times during the Q&A was the issue of success and failure. A lot of the fans that submitted questions were planning to submit something to the newly internationalized Tezuka Manga Contest, which he thought was great, but the artist was keen to emphasize the fact that most entrants will probably fail. But instead of feeling down about this failure, he advised up and coming creators to take it on the chin and learn from their mistakes, thereby hopefully improving their work for next time.

Boichi’s ultimate message throughout the Q&A appeared to be that, in order to draw manga, love is needed above all else. For Boichi, “love” means sacrifice – sacrificing those things that you love in order to draw manga. This is something that he has been forced to do over the years, offering as an example the incredible fact that he has not played video games since 2000 (!). Even so, he takes great care to avoid burnout – he says that he works every day of the week, but takes a break after each page. He also said that his hobby was going out for drives with his wife, which is a nice thought.

You can check out the full Boichi Q&A via his YouTube channel.