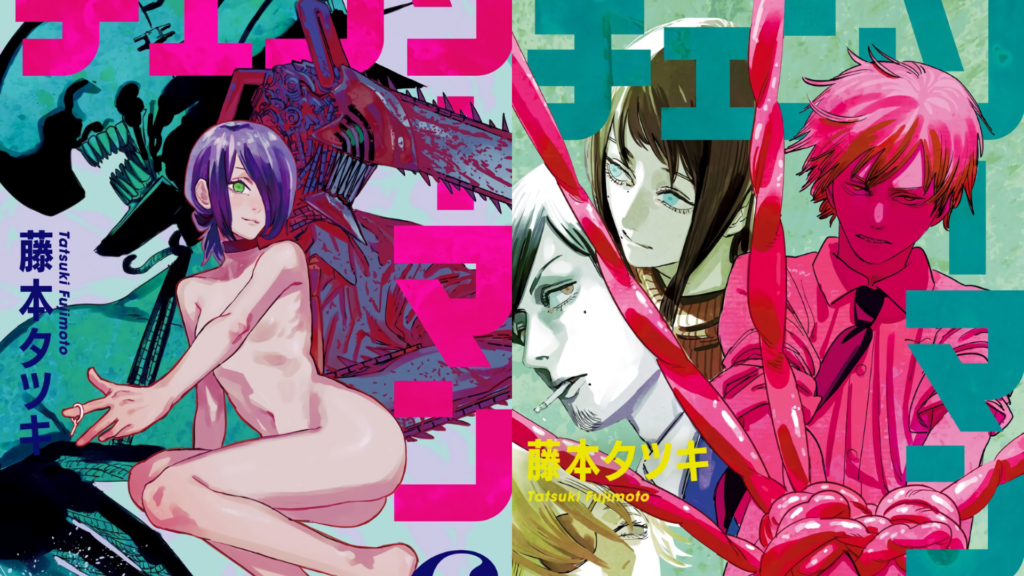 The last time we checked in with Tatsuki Fujimoto’s Chainsaw Man, the series had only just begun. Certainly, it had already made a strong first impression – particularly on the basis of its graphic depiction of violence and sexually charged humor – but things have changed a great deal since then. Not only has the series risen to become one of Weekly Shonen Jump’s most popular, the dynamics of its story and characters have also shifted a great deal. In many ways, both the ‘Bomb Girl’ and ‘International Assassins’ arc prove it has only just started to rev up.

Not all arcs completed since our initial review will, however, be covered. When it comes to the Eternity Devil arc, it seems like a waste of time to retread old ground simply because the arc’s ending had not been published as of the time of writing. The Katana Man arc will also not be covered here, as it felt slightly removed from the main narrative and ultimately shaped up to be a mere shadow of what was to come.

In many ways, the ‘Bomb Girl’ arc felt like the first time Chainsaw Man demonstrated that it could truly be something more. Up until that point, Tatsuki Fujimoto’s series had impressed me on the basis of its bombastic premise, excellent art, and tongue-in-cheek premise, but this arc was the first time that it really connected with me on an emotional level. Furthermore, this was the first time that I began to consider it as one of my favorite series in the magazine.

Part of this comes from the very clever way in which Fujimoto introduces the Bomb Girl arc. By chance, Denji comes into contact with a beautiful young girl, who is, from the get go, clearly smitten with the young devil hunter. Perhaps it was something to do with the scene’s presentation – in the midst of heavy rain and inside a phone box – but it played so well on my brain’s broken synapses that I didn’t even pause to consider for a moment that something might be afoot, which seems strange in hindsight.

Things escalated very quickly from there: chapter 42 was a particular highlight, featuring the two lovebirds stripping down to their birthday suits and taking a dip in a swimming pool at night. Chainsaw Man had always used sexual imagery and content to gain attention, but this was on a whole other level. 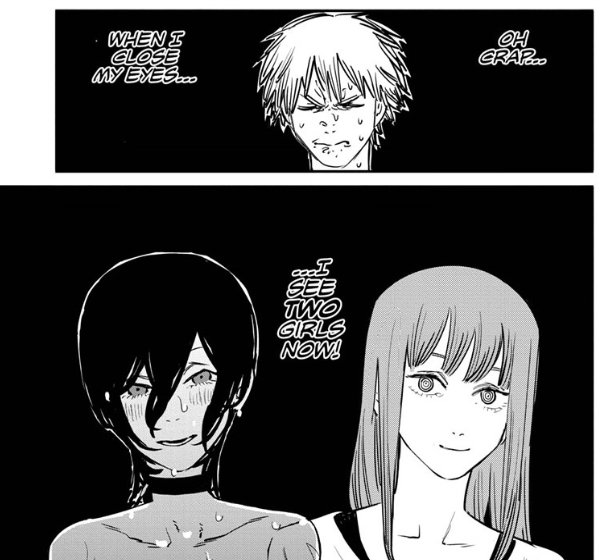 This wasn’t, however, just a simple case of sexuality for sexuality’s sake. Lying underneath this blossoming relationship was Denji’s own character development, as he continued to try and break free of the vice-like grip of Makima by drifting towards another love interest. Considering that his affection for Makima has always been what ultimately keeps him in the Public Safety Division, this was a significant development. 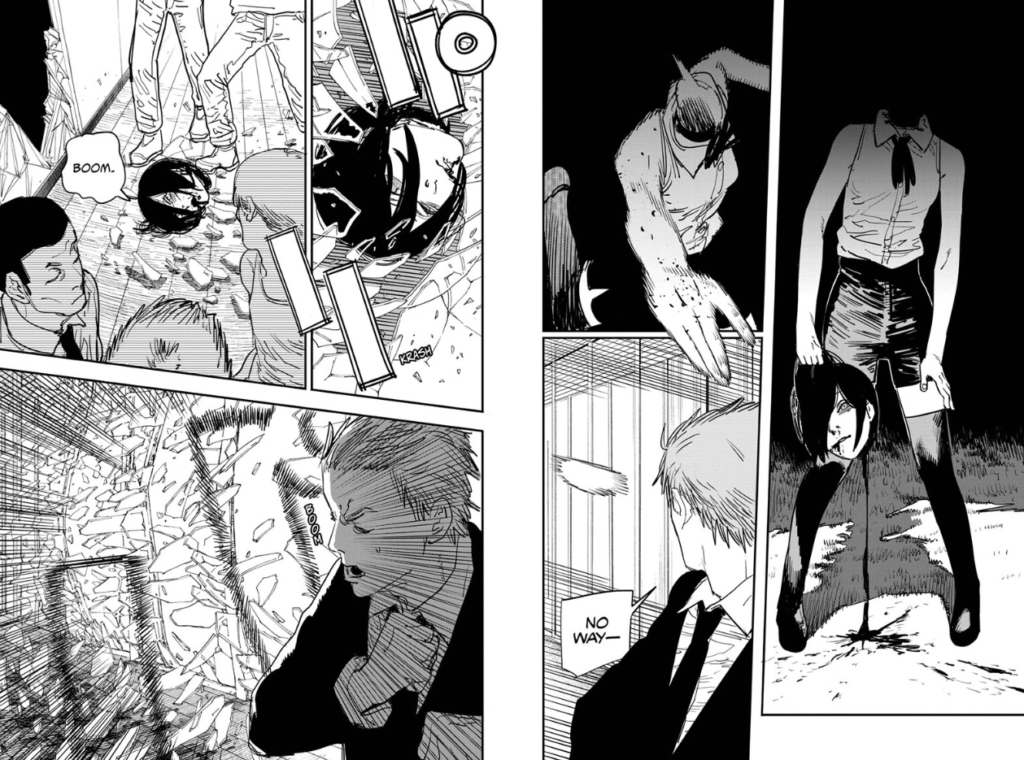 Unfortunately, the portion that followed this reveal in chapter 44 was easily the worst part of the Bomb Girl arc. There was some eye-catching action (see above), but it lacked the emotional connection of the introductory portion; the next couple of chapters also blended into each other a little bit, save for some moments of madness, like when Denji rode a shark into battle.

Luckily, once the fighting was over, the Bomb Girl arc shifted back to what it made its early parts so enthralling: emotional connection. Denji still wasn’t able to give up Reze, even after she said that her affection was nothing but an act to take him out of action. Again, this is significant as the protagonist’s affection for Makima is more or less the driving force of the story.

Speaking of Makima, her appearance at the very end cemented her presence not only as the main antagonist of the series, but also one of the most terrifying in Weekly Shonen Jump right now knowing a single thing about her. Masterful stuff.

International Assassins Arc: To Hell and Back

If the Bomb Girl arc was all about forming emotional connections, then the International Assassins arc was all about tearing them apart and delivering emotional gut punches with ferocious force. There has never been an arc in Weekly Shonen Jump in recent memory that has taken so many turns leftfield, except for perhaps the one currently developing in My Hero Academia. If anything is going to cement Chainsaw Man’s eternal place in the magazine, it’s this one.

Things started off innocuous enough. After garnering global attention during his fight with Reze, assassins from all over the world have begun to close in on Denji’s location, gunning for the bounty on the powerful devil-human Hybrid’s head. Most concretely, three figures: the Three Brothers (literally three brothers from the USA), Quanxi (from China), and Santa Claus (Germany).

This seemed to set up the International Assassins arc to be yet another series of battles along the lines of what we had seen before, but several important pieces of exposition towards the beginning gave us our first hints that this would not be the case. Firstly, the first chapter of the arc opened with a mysterious sequence featuring Denji in front of a locked door, being told not to go inside. This is a plot thread that still hasn’t been resolved, although it has been left tantalizing hanging by a recent risqué chapter. 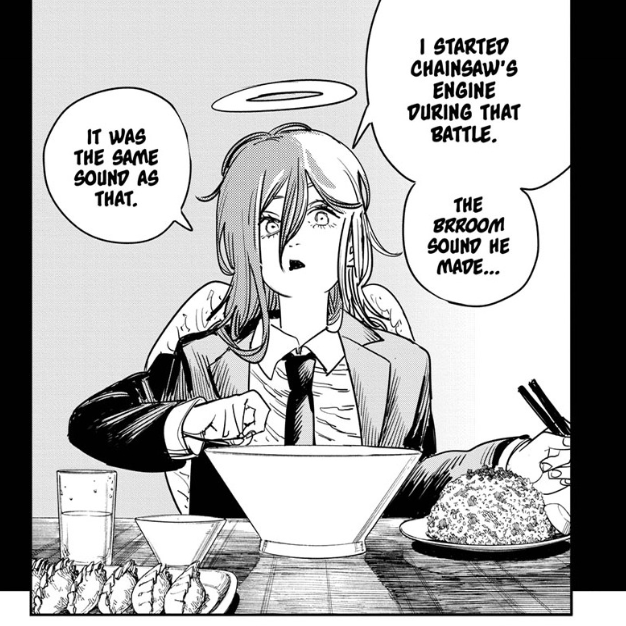 By far the most important revelation, however, came as Aki and the Angel Devil ate ramen. Here, we learn that Devils do not pass away once they die, instead being reincarnated in Hell. For the most part, reincarnated Devils don’t remember their time in Hell, save for one sound – the “broom” sound of Denji’s chainsaws.

This clearly suggests that Denji, or more accurately Pochita, holds some sort of special status in the Land of Eternal Torment, although we haven’t had much in the way of resolution just yet. But if you thought that this would be the last time that the issue of Hell would arise in the International Assassins arc and, indeed, Chainsaw Man as a whole, then you’d be sorely mistaken. One of the best and most exciting parts of this arc was when, during the fight with the assassins, Denji and crew paid a visit to Hell – bringing them face to face with some of the series’ most terrifying antagonists yet. 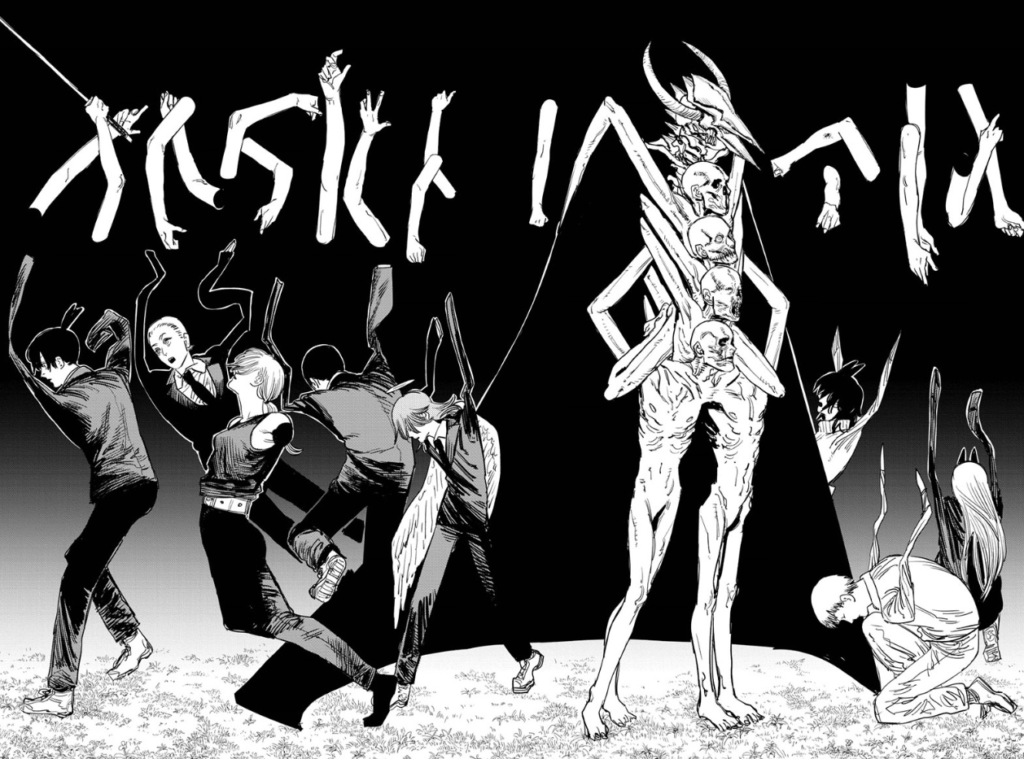 As to how they got there, I’ll let you find out. What I’d like to focus on here, though, is how this underlines Tatsuki Fujimoto’s endless potential for creativity. One of the biggest differences between now and a year ago when it comes to my understanding of Chainsaw Man is the fact that I have now read Fire Punch: Fujimoto’s explosive debut where he took a no-holds-barred approach to storytelling. Indeed, this revelation in the International Assassins arc very much reminds me of that, as it not only comes straight out of left field but also in a completely unique way. This is no ordinary depiction of Hell, that’s for sure.

Yet, at the same time, it seems as if too many left turns meant that some things got lost along the way. While everything after the trip to Hell was entertaining, it was hard at times to tell what exactly was going on – particularly when it turned out that Santa Claus was someone else, and took on an entirely different form. But if that is the cost for such inventive and imaginative sequences, then so be it. I’d rather Tatsuki Fujimoto take risks and fail than try and play it safe.

The Future of Chainsaw Man

The end of the International Assassins arc leaves Chainsaw Man in an interesting place. Now that the series has gone (literally) to hell and back, it’s hard to imagine that Tatsuki Fujimoto will ever be able to top himself in terms of surprising developments. And whether or not the series will be able to match up to the emotional content of the Bomb Girl arc ever again is an open question.

Luckily, Chainsaw Man is taking the right approach. In the last couple of chapters, we’ve seen real movement on the overall plot of the series: namely, the quest to defeat the Gun Devil. We’ve also received some shocking revelations, both as to the character of the Gun Devil and Makima herself. Truly, things are revving up. I can’t wait to see where it goes next. 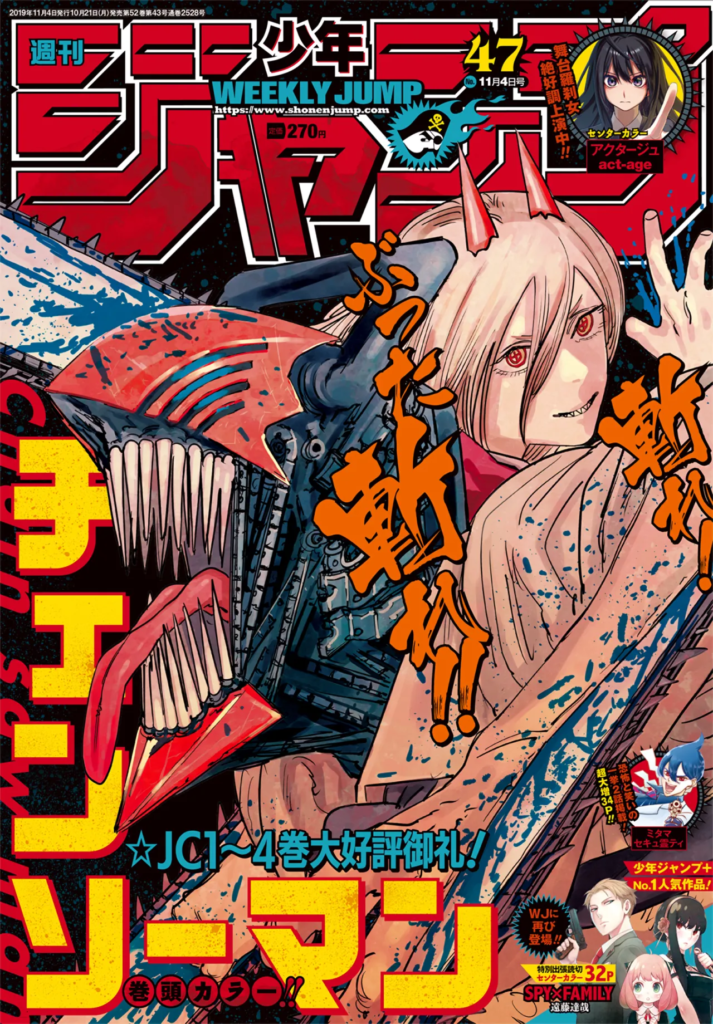 By way of a conclusion, if you’d have told me one year ago that Chainsaw Man would be my favorite series in Weekly Shonen Jump right now, then I wouldn’t have believed. Dr. STONE was my golden boy back then, although some recent hiccups since have put me off that series somewhat. It has less to do with the weakness of that series, however, and more to do with how much Tatsuki Fujimoto has impressed me over the past year.

This is also translating into commercial success. As of the time of writing, the series has sold over 1.6 million copies, which is impressive given that it has only been in serialization for just over a year and has no famous names attached to it. It also came in the top 10 of a recent Anime! Anime! survey asking which currently running manga fans would most like to see animated, which Shueisha is no doubt taking notice of.

As a result, the future of Chainsaw Man in Weekly Shonen Jump seems secure. This is significant as it is definitely more adult-oriented than other series in the magazine, even if cultural standards differ across borders. Might we see a resurgence of series with more mature content in the future because of this? Perhaps, but only time will tell.