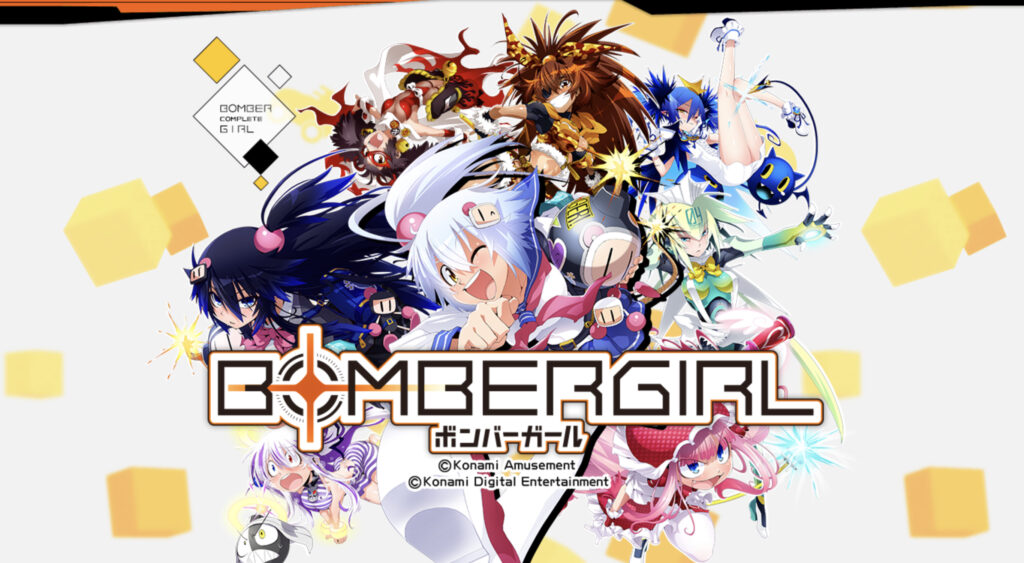 Over two years since the initial announcement of a port, Konami’s Bombergirl arcade game is entering an open-beta period for PC that will bring the popular Bomberman spin-off into the home.

Bombergirl is a rather unique spin on the Bomberman formula. As opposed to the ‘one vs all’ competitive gameplay of a traditional Bomberman match, Bombergirl is a 4v4 MOBA-style co-op experience that replaces all the characters with anime girls and tasks players with working together in order to destroy towers around the map and detonate the opposing team’s base. It’s a different yet successful take on the classic Bomberman formula, and soon, this experience won’t be limited to those attending arcades.

With a port announced back in 2018, Bombergirl is the latest in a series of Konami arcade titles coming to PC. Following the release of several BEMANI titles on PC such as Dance Dance Revolution V and Pop’n Music Lively, this is the latest in a push by Konami to make their arcade titles available outside of arcades. While the structure of each of these ports, either utilizing pay-per-play or subscription fees to function, makes these ports a compliment and not a replacement for the arcade experience, they expand the appeal of these arcade games by giving them a play-anywhere approach. You couldn’t replicate the arcade experience of Bombergirl on a PC since you can’t replicate the cabinet from home, but giving players a chance to play anywhere will increase investment (important for an arcade game with gacha mechanics).

The announcement of an open beta for the title also revealed that the game will cost 110 yen per play, although registering your e-amusement pass with the digital download will provide players with 10 free tickets, enough for two plays. All features of the arcade version will be included in the Bombergirl PC port, with cross-save with the arcade version implemented.

The Bombergirl open beta opens today and runs until 12 January. A release date for the full version of Bombergirl on PC has yet to be revealed, but you can find out more about the game over on the official website.