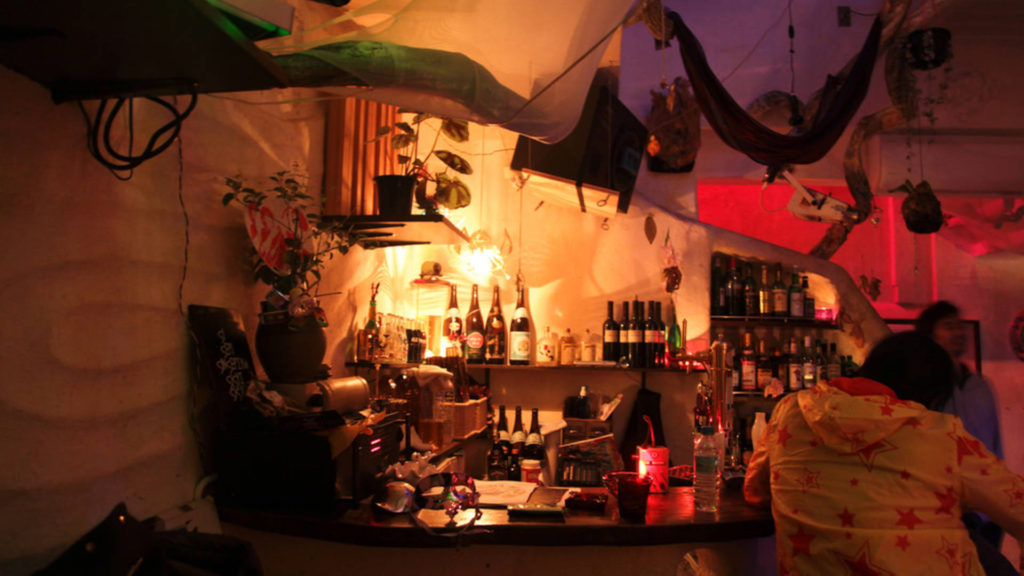 For every time I post an article praising the Japanese music scene, I’m constantly reminded that there is a never-ending tirade of blowbacks against the culture behind it being directed by those in power. Back in 2016, the world watched with awe as headlines flew left and right claiming that Japan had lifted its infamous fueihō “no dancing” law that had been in place since 1948. The only problem with those statements was that, while the laws had certainly loosened, the new laws put in place were far from perfect, again leaving the music scene scattered.

In the back streets of Harajuku, this problem is being felt more than ever at DJ lounge and bar Bonobo, a self-proclaimed space for freedom and relaxation through music. On March 23, 2018, two years after the revisions of the fueihō law went into place, Bonobo was thrust into the spotlight following three police officers in suits entering the bar of around 15 people and questioning a foreigner dancing after midnight. Upon entering the bar, officers approached the foreigner and proceeded to say “Are you dancing?” to which he replied, “I’m simply shaking my body because I’m happy.” Officers then proceeded to pursue with “No, you’re definitely dancing. You do know that’s a violation of the law, right?”

Originally opened by 54-year-old Koichi Seike in 2003 following his living in New York for 10 years, it became apparent to Mr. Seike that he had to bring a slice of New York’s diverse and exciting music scene back with him to Tokyo. Operated out of a refurbished 58-year-old house lush with tatami rooms and other commonplaces of the era, the bar would eventually go on to attract the likes of international headline-catching creatives such as David Guetta, Agnès B., and Jane Birkin. As of the revised 2016 fueihō laws that were put into place, it’s required that any venue that offers drinks after midnight is required to obtain a specific permit, less they wish to face a fine of up to 2 million yen or two years imprisonment. While the argument may stand that the venue should have held the permit, it’s worth noting that it’s extremely uncommon for an establishment to receive the permit unless they operate within a select part of the downtown areas. As such, unless Bonobo were to move their establishment entirely, this would simply not be possible.

While the fueihō law has existed for some 70 years now, it wasn’t until 2010 that law enforcement actively started to crack down on it, realizing that the “no dancing” aspect of it could be used to shut down rowdy parties if people complained. Since then, the club scene across Japan has been losing motion, and it wasn’t until 2016 that it gradually started to pick the pace back up again, despite instances like this still taking place. In mid-2017 an article was published in The Japan Times detailing the year gone-by since the revised laws went into place. I reached out to the author of that piece, Patrick St. Michel, for his opinion on the issue:

“What’s happening at Bonobo is a reminder that, even though the fueihō laws have been rolled back, that there is still very much a force present that can get a venue in trouble if they should choose to enforce. We’re a long way away from what happened in 2011 and 2012, when music venues in cities like Osaka and Hiroshima were shut down en masses and serious damage was done to those music communities. But it shows the same threat of closure still hovers over other venues today.”

“It used to be thought that small spots, such as Bonobo, were safe from the laws, because they’re so small and Tokyo is so big. Only mid-size spaces truly faced scrutiny. But this, and other recent activity, show that’s not the case. Small spots might be more vulnerable in 2018 than ever before.”

In the following days after the ordeal, Koichi Seike was invited to the Harajuku police station where he was questioned regarding the events on that night. When discussing with the police, he shared that the customer was voluntarily “shaking their body” and that he was confused as to the ordeal. To this, the police had the following to say “It’s a combination of the red and green lighting in your establishment, as well as the music being played, that is actively making your patrons dance.” In the end, Koichi Seike would sign the documents containing the law enforcement’s requests out of fear of being detained should he question their authority.

While it remains to be seen just what will come of this interaction, it’s extremely upsetting to see that such ridiculous rules are being enforced. Although I have nothing but love for a number of Tokyo’s larger clubs, it’s also essential that the smaller bars and lounges can continue to operate, offering smaller DJs and artists a chance to grow and develop. Japan is home to some of the greatest musical talents in the world, and it’s more than a shame to see them suffocated by those in power for simply dancing, something many of us take for granted. Let’s hope this can change sometime soon for the better.