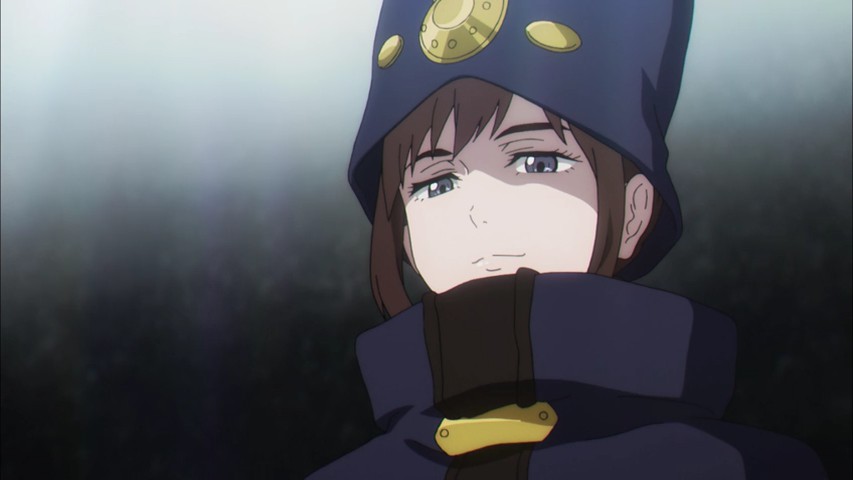 We’d start this article off with some non-sequitur like ‘you don’t show like Boogiepop’ much anymore except the two-decade-old franchise did get a surprise 2019 adaptation nobody was expecting, meaning we do.

Maybe that you saw that adaptation, which did a nice job bundling together 5 light novels in the series to make one compelling tale, and wanted to know more. The show does raise up a bunch of mysteries and doesn’t care to spell them out for you.

Unfortunately not spelling out all of its secrets have been a tenant of the Boogiepop series from the light novel to Boogiepop Phantom and even a mid-budget live-action film. Each iteration of the franchise opts to tell its story non-linearly, which already makes the mess of spectral creatures, behind the scenes shadowy machinations by the Towa Organization, and the rare Boogiepop appearances more of a cavalcade than the would-be if told from start to finish.

It All Started With Boogiepop And Others

You’re probably a real hardcore Boogiepop fan if you’ve gotten your hands on the live-action movie, which does feature a nice score by anime’s iconic Yuki Kajiura. Now if you’re asking which one started this whole phantasmagoric shebang, it’s, of course, the original light novel.

Kouhei Kadono released the first Boogiepop novel, Boogiepop And Others, in February 1998 and had the first sequel on the shelves august the same year. These books weren’t only the start of the Boogiepop franchise, but are largely credited with starting the light novel boom that continues to this day.

Weird to think that we’d never see the Isekai shows like Sword Art Online and Re:Zero, or works like Bakemonogatari which reference its elder Light Novel cousin more than once if Boogiepop didn’t pop off all those years ago.

Each novel centered around a largely different cast of characters telling one and done stories, with repeating characters like Boogiepop and Kirima Nagi playing minor roles in each tale. They were novel in how they combined psychological horror and non-linear storytelling in a stream-lined, accessible manner. You might never really know how entities like The Manticore or Echoes came to be, but you’ll stay for the charm in having characters named things like ‘Spooky E and Mo Murder’.

The Curious Case That Was Boogiepop Phantom

Because of that instead of being a direct interpretation of one or a few of the novels in the series, the staff at Madhouse decided to do something a little more inspired.

The first-ever Boogiepop anime was actually an original sequel to Boogiepop And Others, or Boogiepop Wa Warawanai, the first novel in the series. Granted even if you’ve read the novel, it can be hard to tell what’s going on in Boogiepop Phantom but one reason why fans found the show so confusing was that it came out stateside years before the books ever did.

If light novels aren’t your thing, now that the new true to light novel version of the anime exists you can watch the first arc of that show and then watch Boogiepop Phantom. It’s the least accessible work in the franchise, but it’s the atmospheric and eerie treat that fans of Serial Experiments Lain or Paranoia Agent will delight in. You can actually go in without any previous exposure to Boogiepop And Others too, as that’s what everybody in the year 2001 had to do.

Boogiepop Wa Warawanai Came Back With A Surprise 2019 Anime

With Boogiepop Phantom being a sequel and all, there was always room for more Boogiepop anime. In the 2000s fans who were in the know clamored for a proper adaptation of the light novels, although as time went on and the light novel to anime pipeline became a more streamlined fixture in the landscape, fans began to let their hopes subside.

However, in 2018 we got the announcement we forgot we wanted; We would finally be getting a Boogiepop anime that properly brought the book series to the small screen, and as an added bonus the legendary Madhouse would return to produce the show.

By all means, the new anime is pretty good, both as the long-awaited straightforward take on the Kadono’s light novel series and has an entertaining show with a mysterious twinge in its own right. However, people who’ve come expecting more Boogiepop Phantom might be disappointed in the lack of eeriness oozing through every pore of the show.

Your Guide To The Makers And Shakers In The Boogiepop Series

Over the course of the original light novels and its two separate anime adaptation, there are a whole lot of characters who appear throughout the Boogiepop series. Humans, monsters, artificial humans, and phantasms, series creator Kouhei Kadono was seemingly a fountain of creativity. Lots of the cast are only prominent in one or two stories, so here’s a quick round-up of faces you’ll see more than once.

Touka’s an average high school girl who’s happily in love with her boyfriend Keiji and enjoys going out with her friends for Karaoke after school. One thing sets her apart from most people; After a hospitalization stint as a child, she started to change into Boogiepop on the rare occasion when something spooky threatens the earth. Turns out in this franchise though, that’s not as rare as most people would like.

Her brain automatically rewrites her own memories of when she’s Boogiepop, leaving her with no real knowledge or awareness of these incidents.

Boogiepop themself is some of a phantasm; They materialize whenever an ‘enemy of the world’ starts to reak havoc and after they take care of the problem they simply disappear, like the pop of a bubble. Routinely Boogiepop manifests himself in the body of the high school girl Miyashita Touka, however one assumes they can appear within other people as they do in the manga only Boogiepop Dual story.

Despite being the character the series is named after, Boogiepop is more of a specter who looms over these stories instead of being a protagonist in the traditional sense. Usually, they don’t show up until the end of any given arc and when they do you can be guaranteed that they say a bunch of cryptic nonsense before disappearing into the ether once again. Though usually not before subtlely interfering, or interfering by way of piano wire slicing through enemies, to save the world

Every once in a while you do see shades of the whoof who Boogiepop really is, like when Miyashita Touka’s boyfriend Keiji Takeda strikes up a real friendship with the phantasmic entity.

Kirima Nagi aka The Fire Witch

Despite being a ‘regular person’ in that she has no weird paranormal or psychological powers, Kirima Nagi goes out of her way looking for trouble. Hands-on in a way that Boogiepop isn’t, ever since her father got mysteriously murdered when she was a kid she’s thrown herself into a life of urban warfare against whatever evils may pop up. She’s run into Boogiepop more than once during her missions and the two generally do not get along despite having the same goals.

A famous writer within the story canon, Nagi’s father dies before the Boogiepop series begins, and only appears himself in flashback scenes or in story arcs that take place in the past. Hard to call him a main character of the story in a tangible sense, but his fingerprints can be found all throughout its narrative. If you’re actually reading the Boogiepop light novel series, most chapters begin with his quotes from his writings that tend to reflect or at least add psychological insight into what’s happening.

Over the course of Boogiepop, more than one character admits to being influenced by his work.

Best friends with Miyashita Touka, the curious Suema keeps finding herself in one bad situation after another and instead of running away throws herself into the madness a bit more than she should. After almost ending up dead at the hands of a serial killer as a child, she can’t help but pursue the strange threads that follow her and Miyashita around.