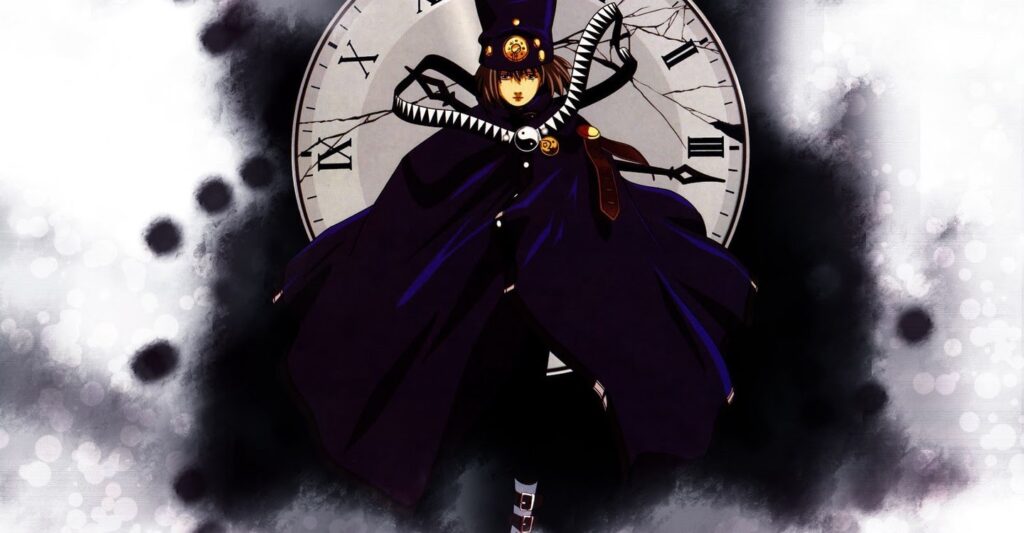 I’ve been sitting here in my office trying to think of how to describe Boogiepop Phantom in comparison to another anime series, and I’m falling flat. More likely, it’s impossible to put it in anything but it’s own category. After twenty years, you’d think someone would have created another horror series that was comparable. They haven’t.

Structurally and artistically, Boogiepop Phantom was an innovation when it was released in 2000 in Japan and 2001 here in the states. With its nonlinear layout and realistic characters, it sucked viewers into a mystery that wasn’t solved for them, but rather by them. Boogiepop didn’t lead by the hand–instead, it yanked you around and dared you to find your footing.

The series still makes waves today, and just mentioning the name will conjure up fond memories of the first time experiencing that dark world. With a recent 2019 adaptation and the release of more of the light novel series in English, fans both new and veteran have a chance to experience this legendary series in whichever way they choose.

For the uninitiated, what is Boogiepop Phantom? How could a single anime series really define the horror genre in the medium?

A Tale of Serial Killings in an Urban Fantasy World

It’s important to keep this summary brief because the mystery should be one you solve yourself. Consider this spoiler-free.

Five years before the series began, a string of horrific murders took place in a city in Japan. Just a month prior to the stories beginning, a strange pillar of light appears in the night sky. Citizens of the town often mention Boogiepop, an urban legend in the form of the Angel of Death said to kill people when they are at the peak of their beauty. Meet Boogiepop, and you disappear.

In this day and age, believing in such a thing would be ridiculous. People laugh and play pranks on each other, never thinking that this being could possibly live amongst them. Strange occurrences begin happening, some seemingly magical, and it’s clear that something is lurking in the dark.

How can you hide from what you can’t see?

The Characters of Boogiepop Phantom

The Boogiepop Light Novels Changed the Fiction Game in Japan

Light novels are often mentioned in relation to anime and manga series, as they are often chosen for adaptations into these mediums after gaining popularity. A light novel refers to a novel of about 50,000 words aimed at middle and high school students, which are also illustrated throughout with manga-style art.

While the light novel has been seemingly popular forever, Boogiepop Phantom was actually the first such title to be animated. Because of the popularity of the series, a huge amount of anime fans suddenly became interested in literature, and light novels skyrocketed in sales.

The creator of Boogiepop is Kouhei Kadono, who has not ceased producing new content related to this specific universe to this day. 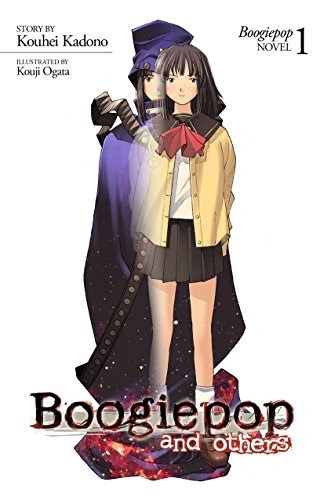 The first Boogiepop light novel, titled Boogiepop and Others, was published in 1998, and by 2000 it had sold two million copies. It won the Dengeki Novel Prize upon release, and the English release has been applauded for its excellent translation.

Notably, the text itself is separated into brief vignettes, giving the reader only a small glimpse of what is happening through one character’s eyes, before it jumps to another. The plot is therefore not at all straightforward, and it’s up to the reader to assemble all the clues.

As of 2020, 23 light novels have been published in the series in Japan, with the latest release coming in 2019. Each title has its own specific cast of characters, though some appear in more than one novel in the series. Each plot revolves around only four people, and that never alters.

There are also a number of side stories that have been published, taking place in the same universe but not a part of the main story. These include the Night Watch Trilogy, the Soul Drop series, and the Miss Shizuru series.

Overall, including all short stories and related publications, Kadono has published over 65 volumes. The popularity of the story is impressive–a live-action film adaptation of the first light novel was released in Japan in 2000.

In January 2000, a 12 episode anime series aired on TV Tokyo. In the somewhat complex world of Boogiepop, the series takes place after the first light novel volume, also making some references to the sixth volume prequel, titled Boogiepop at Dawn.

Structurally, this isn’t a series to watch while skimming through your phone or being otherwise distracted. It demands your full attention since some scenes are simply out of order in the grand scheme of things. Some scenes are viewed twice, from the perspective of different characters in the ensemble cast. It’s disorienting in the best way. 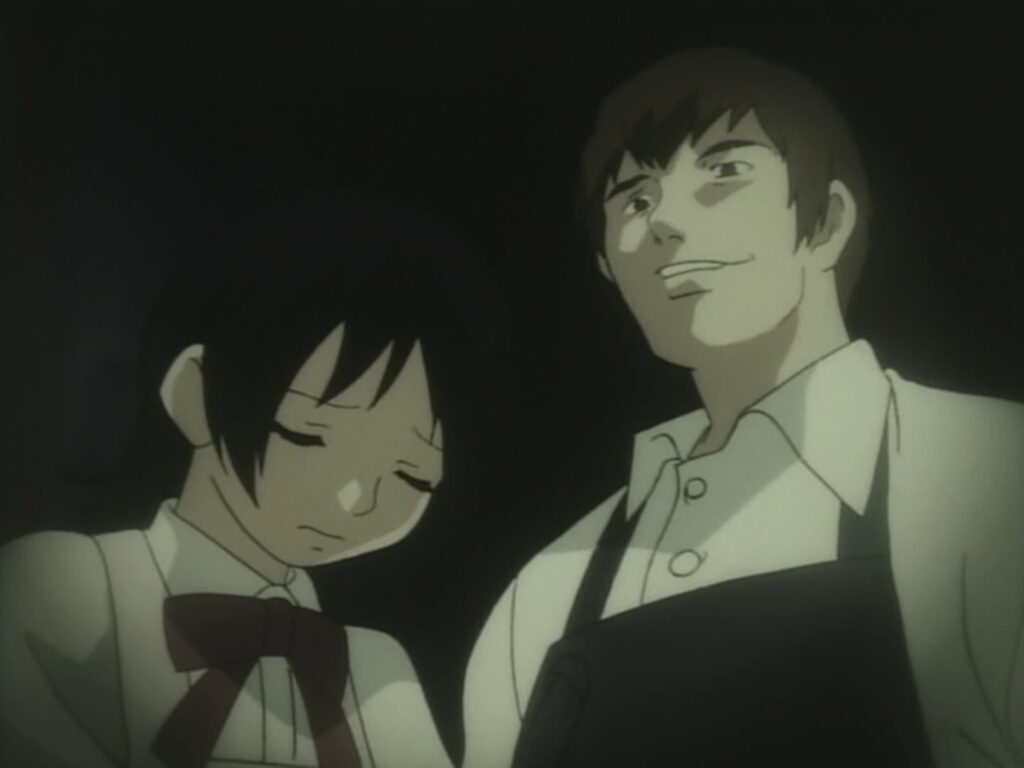 The series utilizes dark, muted, murky colors, which can sometimes be a turn-off to those thinking of giving it a watch. Much unlike more standard and mainstream anime series, characters in Boogiepop Phantom are more realistic, without crazy hair colors or gaudy outfits. The colors and characters are simple, to ask the viewer to pay more attention to the plot.

Boogiepop Phantom was directed by Takashi Watanabe, who had previously directed the immensely popular fantasy-comedy series Slayers in 1995.

The popular animation studio Madhouse was responsible for the adaptation, with one of its co-founders, Masao Maruyama, working as the head producer. Madhouse brought the world Perfect Blue and Trigun, while Maruyama himself had worked on such ambitious projects as Battle Angel and Record of Lodoss War.

The music of Boogiepop Phantom was well-received, even warranting an English release of the soundtrack by the Right Stuf International in 2002. There wasn’t a singular style throughout the series, with one episode featuring Gregorian chants and the next vibing to electronica.

Yota Tsuruoka, a veteran of the anime music industry, acted as the sound and music director for the series. He has worked on dozens upon dozens of series, from Full Metal Panic! to Hellsing.

2018 Fell Through, but 2019 Brought a New Boogiepop Anime Series

At the 2018 Dengeki Game Festival, it was announced that a new anime series in the Boogiepop universe had been greenlit, titled Boogiepop and Others. Fans were over the moon, especially when hearing that the series would be airing that same year. It was the 20th anniversary of the publication of the first novel, so the timing was picture perfect.

In a dramatic turn of events, the illustrator for the light novels, Kouji Ogata, made it publically known that he wasn’t a fan of the character designs Madhouse had provided for the new series. He did this on Twitter, which…is never the right way to go.

Apparently, due to a breakdown in communication, Ogata was only given some of the materials needed for his approval. Because of this hiccup, the series originally slated for 2018 was pushed back a bit, and Boogiepop and Others premiered in January 2019. It ran for 18 episodes. 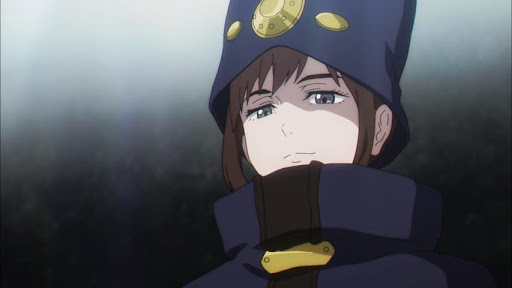 This new series didn’t just adapt the original novel, but three other novels as well. Shingo Natsume acted as the 2019 series director–you may know him as the mastermind director behind global hits One Punch Man and Space Dandy.

Kensuke Ushio worked as the series composer, finding plenty of recent success with Space Dandy and Devilman Crybaby as well.

While diehard fans of the Boogiepop world have expressed elation over a new addition to the anime, there have been some criticisms made over the new art style and the attempt to rush through the original story in order to introduce new plot points. One thing is for sure–it’s bringing Boogiepop fever back. And that can only be a win.

Where to Watch the Boogiepop Phantom Anime Series

Boogiepop Phantom is currently available to stream on Funimation.

The 2019 series Boogiepop and Others can also be streamed on Funimation, as well as on Crunchyroll.