Earlier this year, the global version of Kadokawa’s BookWalker service, aptly titled BookWalker Global, made a bold move into the ‘simulpub’ scene with a whole host of popular manga set to be published in English on the site at the same time as Japan. This week saw them strengthen their line-up with even more simulpub titles, but could this be at the cost of a previously profitable partnership?

BookWalker’s simulpub service works slightly differently from other services, such as VIZ Media’s free Shonen Jump, as it doesn’t ask for a service subscription, but rather asks for individual subscriptions to each series that charges each time a chapter release.

It might be a little different, but that doesn’t mean it’s any less consumer-friendly – rather, you’re only paying for what you want, which might not be very much considering that the individual series subscriptions can cost as little as a dollar. Overall, it’s yet another positive step in making manga consumption as consumer-friendly as it is in Japan.

These new titles, coupled with the attractive subscription system, are what makes BookWalker Global’s simulpub line-up so compelling. But, this might come at the cost of undermining another key partnership – that of Kodansha and Crunchyroll. 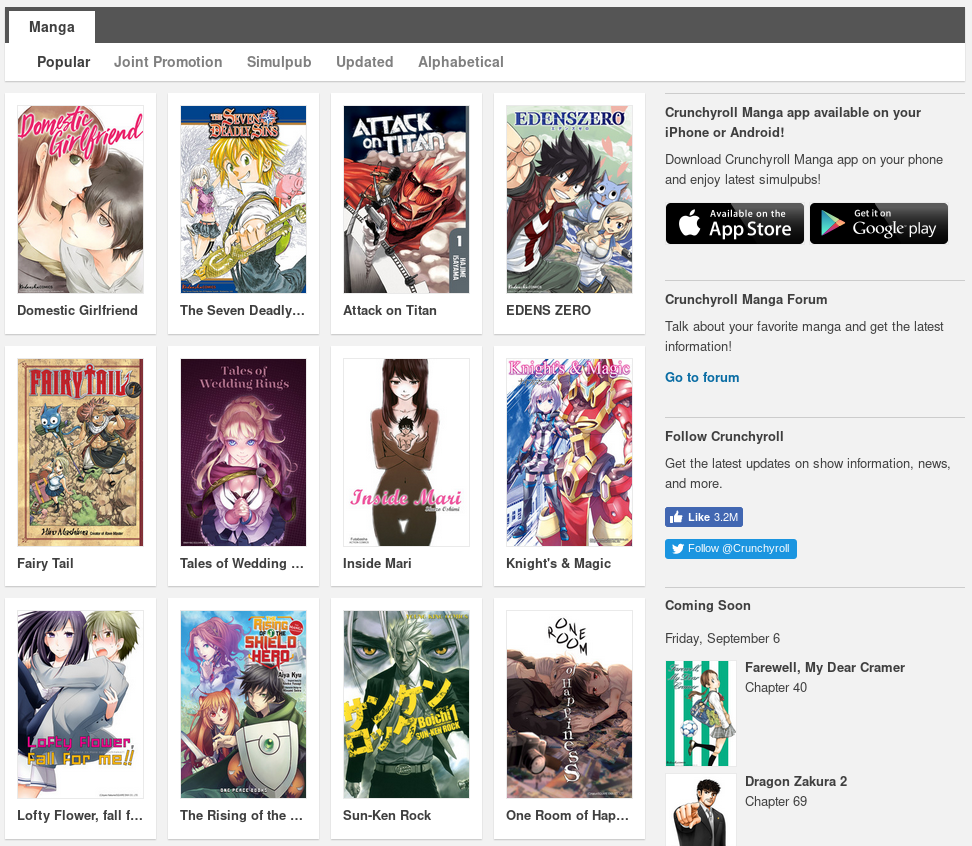 Kodansha partnered up with Crunchyroll back when the San Francisco-based company launched their Crunchyroll Manga service in 2013, with Kodansha’s Executive Director of International Business Osamu Yoshiba saying, at the time, that “We are very excited for readers worldwide to have access to our manga faster and more conveniently than ever before.”

But these new BookWalker Global simulpubs suggest that Crunchyroll Manga might no longer be capable of achieving this goal. Most of the new simul pubs to the service are also available on Crunchyroll’s service, but have no doubt suffered as a result of the service’s general decay in recent years, as it loses out to other, more attractive services such as VIZ Media’s Shonen Jump and Shueisha’s Manga Plus.

Kadokawa winning the favor of Kodansha over Crunchyroll in terms of digital manga distribution in the west will likely be a further blow for the service, especially as the BookWalker Global site grows with these new simulpubs.