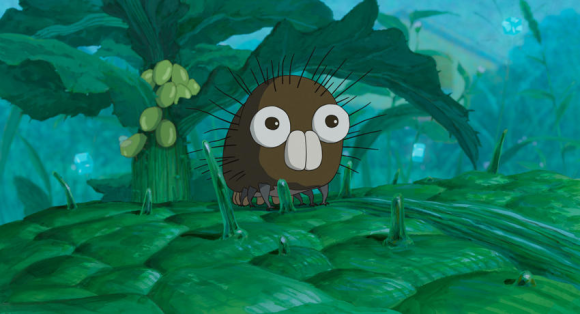 In 2013, after the release of The Wind Rises, Hayao Miyazaki announced his retirement from filmmaking. Perhaps he anticipated the public’s skepticism, seeing as this was the sixth time he had announced retirement, and he made sure to emphasize that this time, he really meant it.

The celebrated animation director had enjoyed a long career, beginning in the 1960s and meandering through several animation companies before finally co-founding Studio Ghibli in the 1980’s, and twenty-eight years later it was time to hang up his cleats. But it’s hard to keep a professional down for long, and less than two years later, Miyazaki was back at it again with a pen in his hand.

So what brought him back? After six faux-retirements, it’s clear that a love of animation and a keen work ethic brought Miyazaki out of retirement, but this time the impetus was the chance to work on an idea that had been taking up space in his brain for a long time.

At the request of Studio Ghibli co-founder Toshio Suzuki, Miyazaki came out of retirement to work on a short film called Boro the Caterpillar for the Ghibli Museum. The museum has a number of short films they show for visitors, and it probably wasn’t difficult to convince Miyazaki because the idea for Boro had been percolating since the mid-1990s.

Back then, fresh off of screenwriting for 1995’s Whisper of the Heart, Miyazaki had wanted to make a feature-length film about a caterpillar named Boro, but there was uncertainty about the idea of a movie with no human characters.

Maybe it was because Miyazaki wasn’t yet the animation celebrity that he is today, but in the end, the studio went another direction and ended up making 1997’s critically acclaimed Princess Mononoke.

The film was considered by many to be Miyazaki’s magnum opus until he topped it four years later with 2001’s Spirited Away, which still holds the box office record in Japan to this day.

In the meantime, Boro would have to be confined to the halls of Miyazaki’s imagination for another twenty years before emerging into the world of film. The fact that Boro had been on Miyazaki’s mind for so long makes a lot of sense when you look at the design.

The titular character Boro appears very much like a tiny, cute Ohm from 1984’s Nausicaä of the Valley of the Wind, with the huge eyes and fuzzy coat of the coal sprites from Spirited Away. Boro had been in there, waiting for Miyazaki to draw him out of imagination and into the film, and maybe in the meantime, Boro found ways to express himself through Miyazaki’s other work.

When the time finally came in 2015, Miyazaki worked with an entirely Japanese production crew to make Boro the Caterpillar, instead of partnering with Pixar as he had done on previous projects. The decision makes sense when considering the short film’s slated release at the Ghibli Museum, with no international or domestic screenings.

The team worked on the film through 2015 and 2016, with an anticipated release date in summer 2017, although the first screening actually took place in March 2018. The explanation for this delay is unknown, but it’s possible that it took time to strike the right balance between CGI and 2D animation.

While Boro the Caterpillar had been hyped as Miyazaki’s first entirely CGI film, the Ghibli Museum describes it as a combination of CGI and hand-drawn animation. In the past, Miyazaki discussed his work on films that used CGI, such as Spirited Away, as 2D works that incorporate CGI to enhance the overall quality of the film’s visual aesthetic.

With Boro, it’s possible he went into the film intending a complete CGI production before falling back on more familiar hybrid methods.

The film portrays the first moments of Boro hatching from an egg into the wide world. It feels very Miyazaki-esque in its focus on nature and survival in a tumultuous and sometimes violent existence.

The short film is fourteen minutes long, with music composed by Joe Hisaishi, who is a Studio Ghibli veteran and a familiar name to anyone who sticks around for the credits of almost any Ghibli movie.

Unfortunately for Studio Ghibli enthusiasts, Boro the Caterpillar is only available at the Ghibli Museum, as is the rest of the museum’s lineup. To date, no DVD or Blu-ray collection of the museum’s short films has been released, and even at the museum itself the films are shown on a rotating schedule, each visitor allowed to view the daily film just once during their visit.

Thankfully, the film schedule is easy to find on the museum website, so if you want to see Boro the Caterpillar, better plan a trip to the Ghibli Museum in Mitaka, Tokyo.