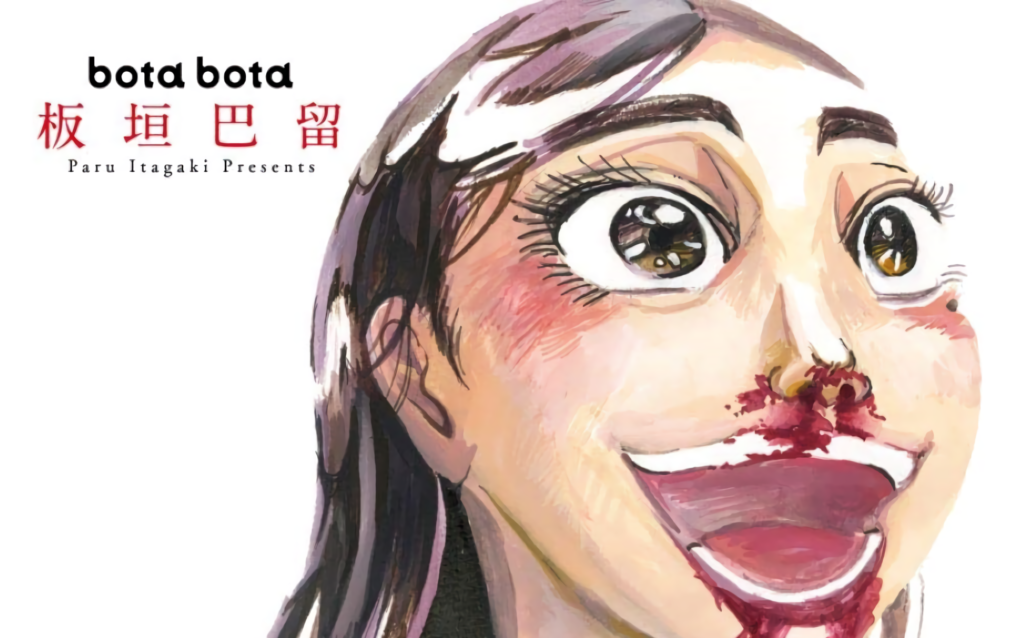 Up until this point, Paru Itagaki’s creative career has been largely defined by two things: anthropomorphic animals and shonen manga. The award-winning series BEASTARS put her name on the map as an Itagaki separate and distinct from her father Keisuke, but for Botabota, she’s doing something different, upending everything we’ve come to expect from her along the way.

Wrapped around my copy of the collected volume release of Botabota, currently only available in Japanese, is an obi that reads ‘Paru Itagaki draws hominids!!’ This draws attention somewhat aggressively to the fact that while Itagaki has drawn lots of different types of animals, she has yet to depict the most populous and arguably most important: humans. 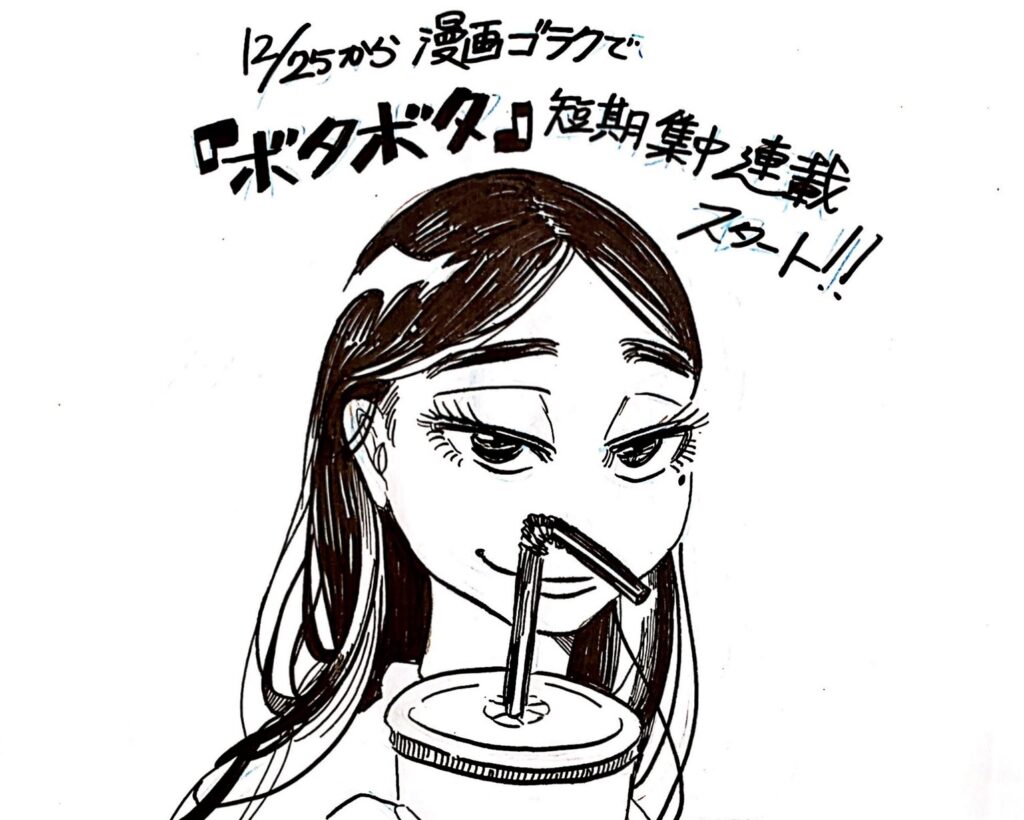 The first thing that this short series does is move away from the anthropomorphic animal character designs that made Itagaki famous in the first place, instead telling a story about humans with human characters. This is pretty significant given that it was anthropomorphic animals that inspired her to draw in the first place, but it’s honestly not that much of a departure: you can still see that same art style and attention to detail shining through, particularly when it comes to anatomy. And it’s not as if BEASTARS didn’t have anything to say about human society, either.

If the inclusion of human characters is largely just a surface-level observation, then the second way that Botabota breaks with Paru Itagaki tradition is far more important: a much more mature story and subject matter.

For this series, Itagaki moved away from Weekly Shonen Champion and instead to Manga Goraku, published by Nihon Bungeisha as opposed to Akita Shoten. Goraku is a seinen magazine, publishing lots of titles that wouldn’t be appropriate for children: as a result, Itagaki was able to break away from the conventions of shonen manga for Botabota, telling a story about such things as sex, love, childhood trauma, and unfortunate bodily functions. 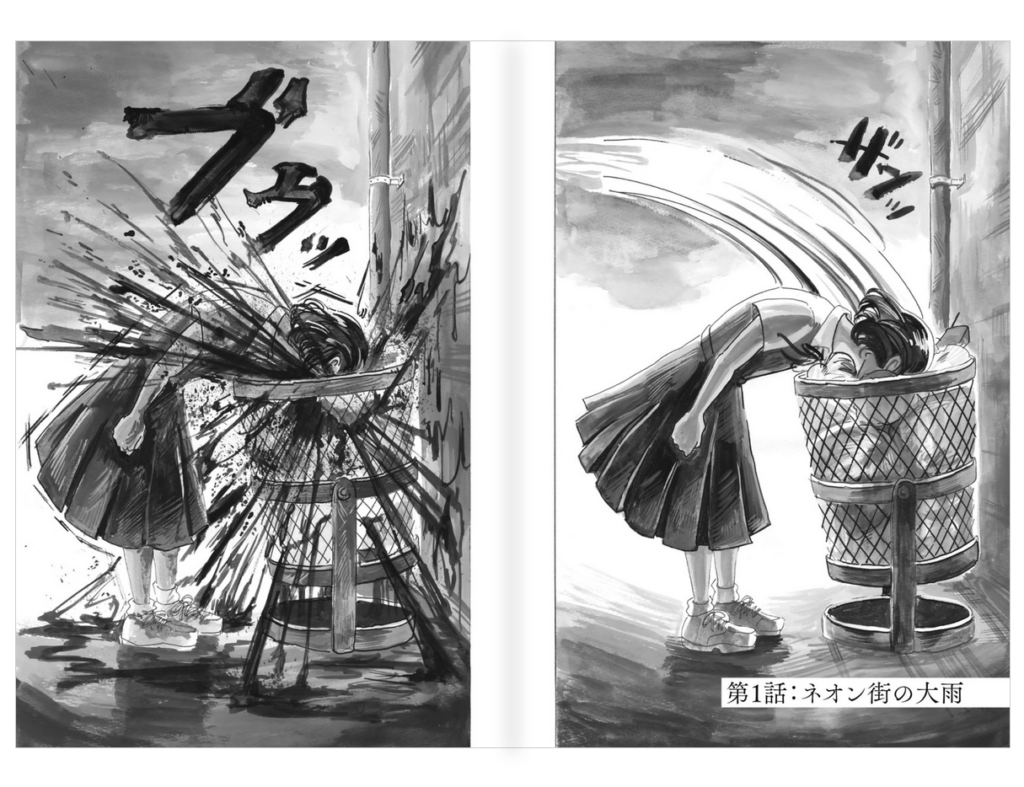 In terms of story, Botabota follows a main character by the name of Mako Higari, who suffers from nosebleeds whenever she comes into contact with something ‘dirty.’ The manga introduces us to this core concept in a rather bombastic manner: the very first opening pages see a teenage Mako stand before a trash can, thrust her head in, and spurt blood everywhere. Talk about starting as you mean to go on!

Affliction aside, Mako attempts to overcome this by having sex. From what she’s been told, love isn’t dirty, but her body reacts like it is: she wants someone to prove the opposite to her through intercourse. The only problem is that whenever she touches someone else’s body or kisses them, her nose sets off like a fire hose, which isn’t exactly conducive to a good atmosphere.

With this in mind, most of Botabota revolves around Mako’s attempts to get various men to sleep with her, often to disastrous results. Chapter 1, for example, ends with Mako chasing one of her coworkers through the streets with a kettle, boiled so that she can ‘disinfect’ him; chapter 3 sees her faking an accident and creating a life-or-death situation so that she can form a ‘bond’ with a random passerby and then have sex with him, just like in the movies. The concept of ‘dirty’ is even taken to a more philosophical level in chapter 2, which revolves around the fact that money is the dirtiest thing of all. 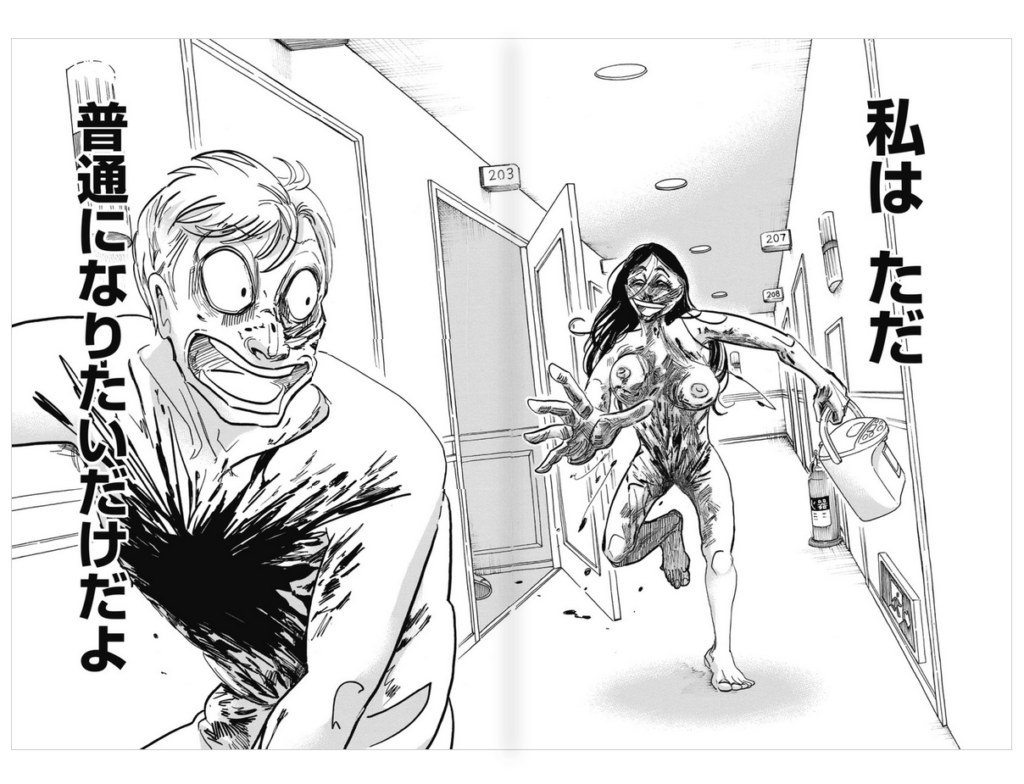 Across eight chapters, Itagaki takes this strange central concept and absolutely runs with it, making for an incredibly entertaining afternoon read. That being said, it’s not as if she simply repeats the same thing over and over: chapter 4 sees Mako finally get a man who doesn’t mind the bleeding, given that he works for the Japanese Red Cross Society, but the only problem is that he’s incapable of love. There’s even the prospect of marriage and a successful relationship towards the end: I won’t say what happens for fear of spoilers, but suffice it to say that not all is as meets the eye.

In terms of adaptation, Botabota could be perfect as either a feature-length movie or a short drama, which is probably the only way that it’d get more recognition overseas in lieu of an English translation. Nevertheless, it still stands as a testament to the fact that Paru Itagaki is not defined by BEASTARS, nor is she simply interested in doing the same type of manga in the future.

If this short series is any indication, then I expect great things.