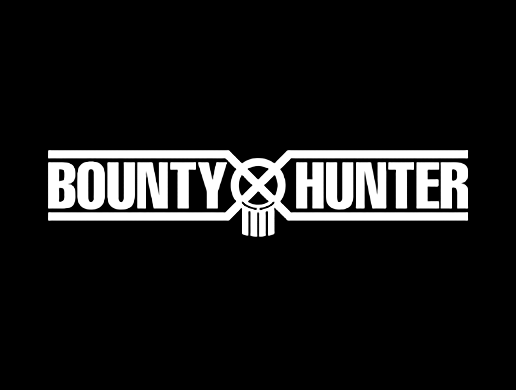 Considering it’s a company that Complex Magazine’s included in their 2013 style list of “The 50 Greatest Japanese Brands of All Time,” it might be surprising to some that BOUNTY HUNTER Japan started as a toy company. However, when Hikaru Iwanaga started BOUNTY HUNTER(BxH) in 1995, the intention was to create toys that encapsulated a fusion between an American ‘70’s punk aesthetic and old school toys that were being imported from the U.S. In fact, the company’s name was inspired by the infamous bounty hunter, Boba Fett, from Star Wars.

As the company made headway creating and distributing vinyl toys that grew increasingly popular both in Japan and abroad, Iwanaga began to develop the company’s design aesthetic to start creating T-shirts and other clothing. Their initial designs incorporated graphics of the original characters they had been selling toys of. For example, the character of Kid Hunter was created as a collaboration with Skatething(or Sk8thing).

Sk8thing, head designer for the legendary brand A Bathing Ape (BAPE), created Kid Hunter for BOUNTY HUNTER in 1997, with the character being sold both as a vinyl toy and on T-shirts.

Over the years, the brand has continued to expand and grow. Now, regularly releasing new collections and lines, BOUNTY HUNTER has collaborations with everyone from Reebok to Disney, and products including belts, wallets, T-shirts, and everything in between.

They continue to sell their iconic vinyl toys and have cemented their place in the art world while gaining clout in the fashion world as well.

Known for an aesthetic that utilizes bold graphics akin to those found on old school punk band t-shirts and motorcycle club jackets, BOUNTY HUNTER infuses what might be a simple dark, edgy look with a pop-culture infusion of fun and humor. Utilizing bold, repetitive, yet simple patterns and straightforward color pallets—typically black and white with the occasional splash of red— the brand has found its niche and perfected it.

Whether it’s a skeletal Mickey Mouse or a Teddy Bear being strangled by a couple of cobras, it’s in this middle ground of retro-grunge and a childlike pop sensibility that BOUNTY HUNTER is able to elevate it’s brand. As Complex Magazine’s James Harris writes about BxH, “The simple formula of infusing American punk, rockabilly, and motorcycling culture into a Japanese toy brand has resulted in a brand that consistently puts out awesome clothes that are as badass as they are fun.”