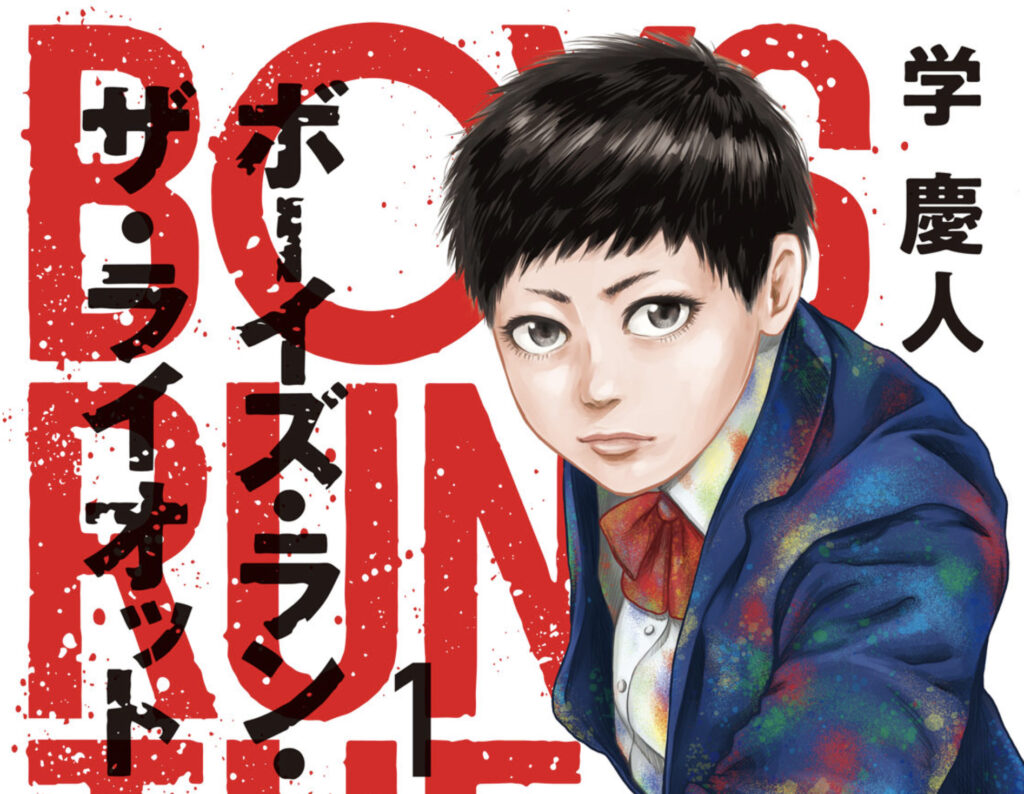 ‘I hate my school uniform. It’s uncomfortable and annoying. In summer it’s too warm, in winter it’s too cold. But the main reason is that every morning I’m reminded that I’m a woman.’ -Boys Run the Riot, Chapter 1 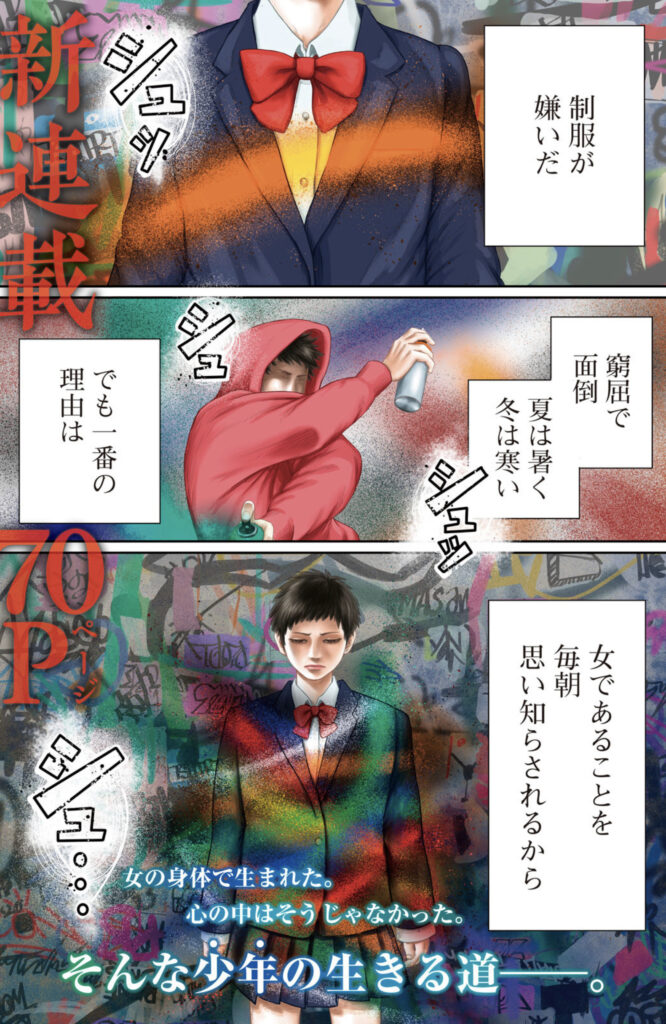 Gender influences almost every area of society. Inequality between the genders exists because of the expected roles these genders are supposed to hold within society (the homemaker vs the breadwinner) as it dictates how we’re expected to act, dress and live their lives. With so much pressure being placed on an individual based on something assigned to them at birth, no wonder people who don’t want to follow the path set out for them may feel uncomfortable with their gender.

Often I hear gender transition described as a process of ‘becoming your true self’, but the idea of changing your external appearance to match how you always felt you were inside has never felt like an accurate representation of my own experiences as a trans person. My transition was less about becoming the person I thought I was and more about moving away from the person I knew that I wasn’t. I knew I wasn’t male, and my transition was about moving away from that towards a place where I eventually understood where I stand on the gender spectrum. I admit I still don’t know where that place is. 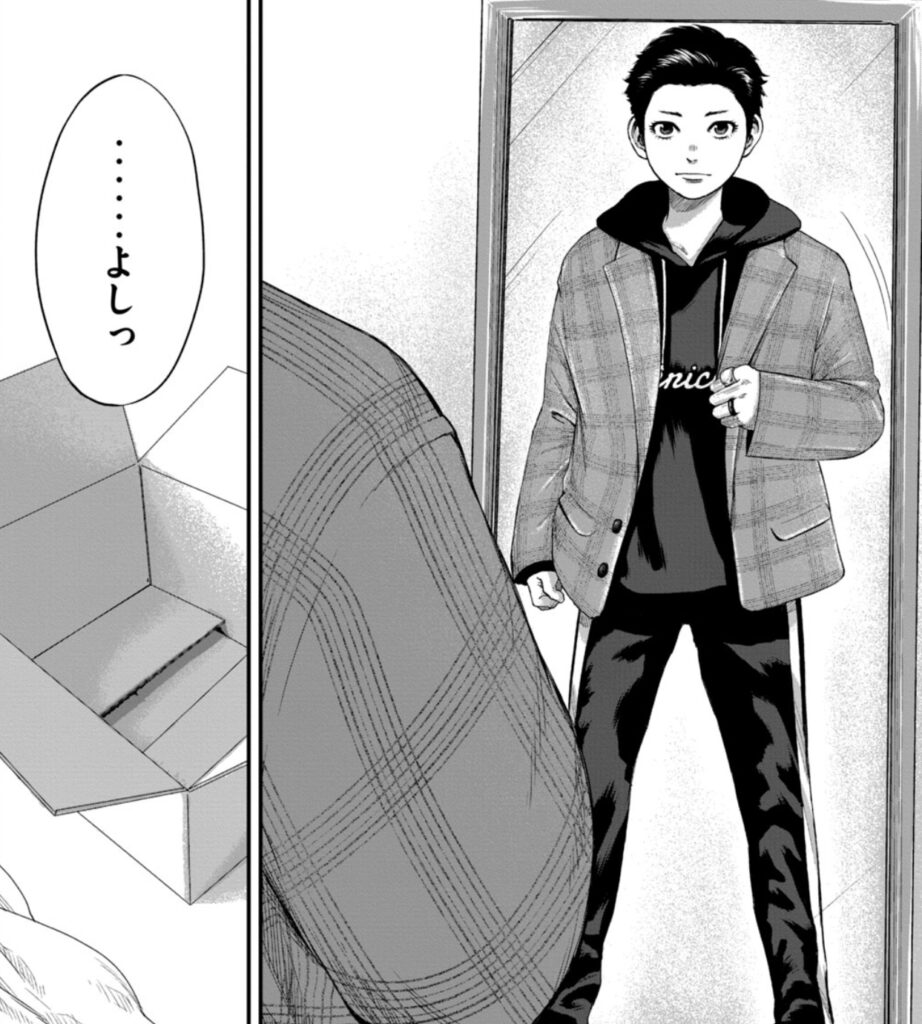 If anything, transitioning made me realize that maybe I wasn’t a women either, and that I’d be happier being perceived away from the concept of gender altogether. More than anything, I’d like to remove myself from the expectations that gender places upon me and see me for who I am, first and foremost.

Gender is a journey of self-discovery you need to navigate in order to being confident in the person I have and will become. Fashion has been an important tool on my own journey, and I’ve used fashion as a tool to learn about myself and better understand my own complicated relationship with gender. Fashion is a tool of self-expression, after all, and you can use fashion to express your personality, the things you like, and to craft an image of yourself that others will associate with you. 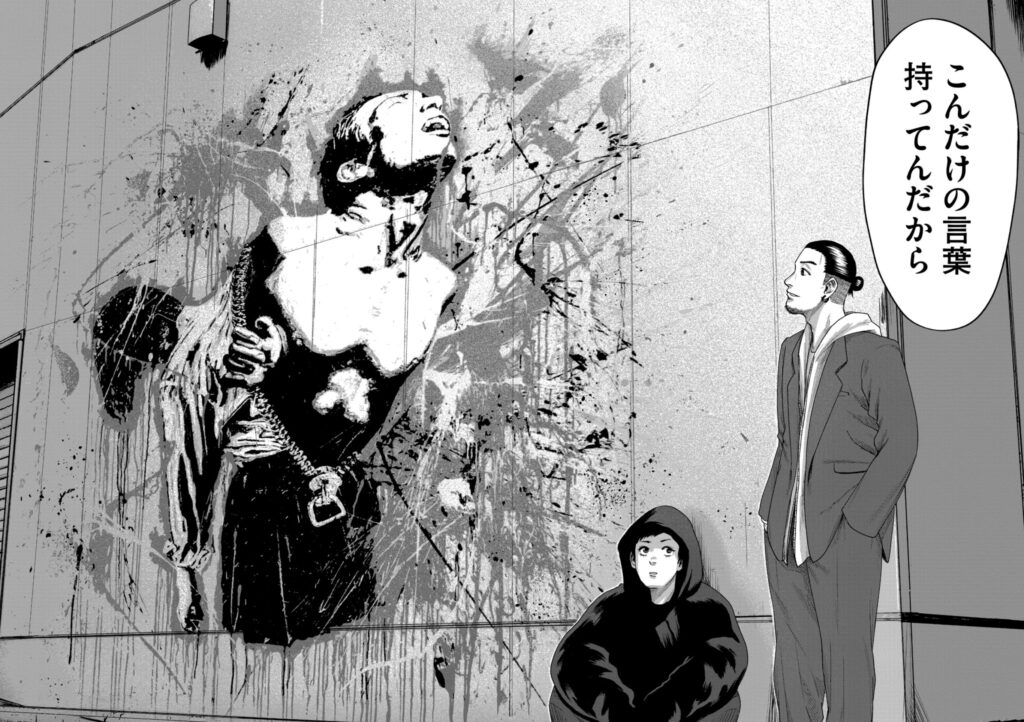 Which, finally, brings me to the topic of this piece. Boys Run the Riot is a manga series by debut mangaka Gaku Keito, currently being serialized in Young Magazine that follows hush school student Ryou, a closeted trans man who likes street fashion. Ryou’s life undergoes a major transformation when Jin joins his class, as he and this fashion-obsessed transfer student with a bad-boy appearance work together to create their own streetwear brand.

This story attempts to explore life as a trans person through the lens of fashion, leaning into Gaku’s own experiences as a trans man. While there are certain experiences that the manga explores that I can’t relate to as an assigned-male-at-birth (AMAB) trans person, some experiences of being trans and identifying as a gender different to the one you were assigned at birth are universal, and the series is ultimately framing these discussions of gender through fashion in order to make them accessible and understandable by a wider audience. 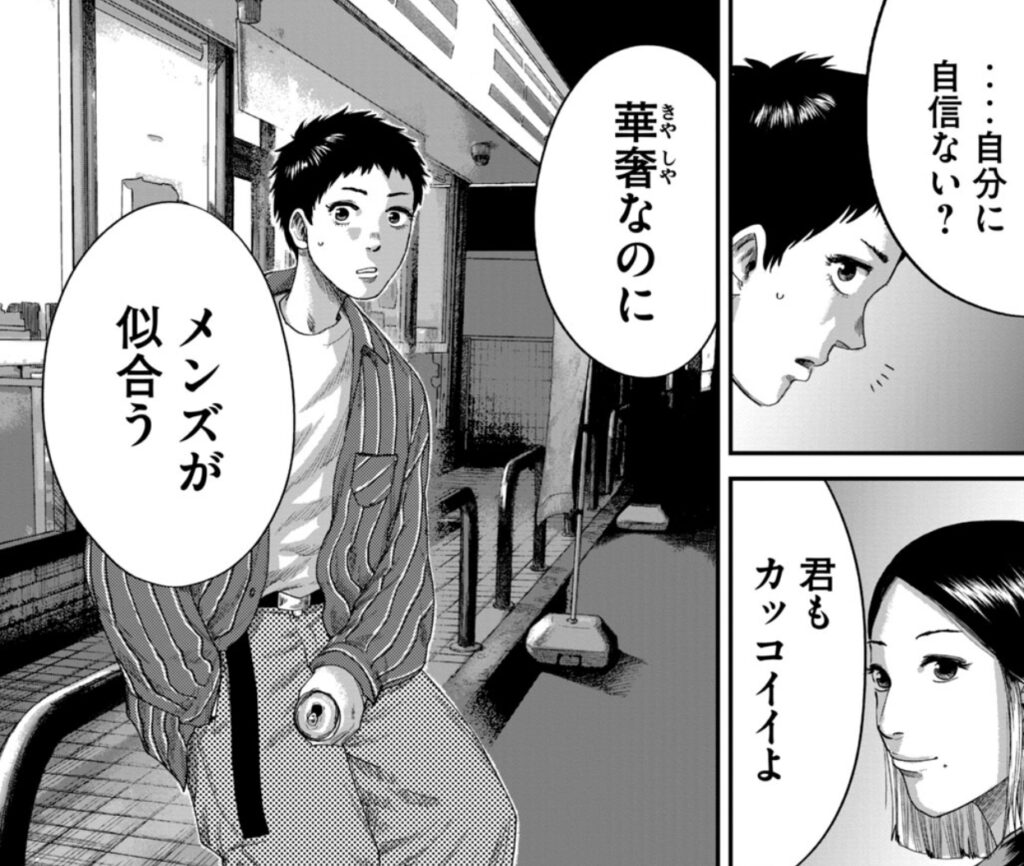 Gaku uses fashion as a lens through which to explore the trans experience in Boys Run the Riot, and you see this from the opening chapter. It’s in this chapter that we immediately and most heavily see the internal conflict Ryou is going through as they’re struggling to understand their gender identity and work through the attraction they have for their female best friend with the thought of ‘if only I was a guy’. Once Jin enters the picture and the pair go about creating their brand, these direct discussions of gender dysphoria take somewhat of a back seat (though thankfully not completely) to the focus on creating and growing of the duo’s fashion brand, but that’s not a bad thing. Fashion in itself acts as a proxy for a discussion on gender, because creating clothing challenges the designer to create the clothing they most want to see.

In an interview with Frau, Gaku tackled this link between fashion and gender:

‘Fashion is a symbol for ‘masculinity’ and ‘femininity’. I think that idea goes well with gender. While it can be painful to be trapped by certain expectations, at the same time, you can change that.’

You can change gender just like fashion, and the ways in which fashion can be used to reinforce ideas of masculinity and femininity can similarly be used to reinforce your own gender and sense of self by emphasizing masculinity and femininity in whatever way makes you most comfortable. This dynamic plays out throughout the manga even when the direct discussion of gender isn’t present, reinforcing the importance of fashion as a form of self-expression in the process. 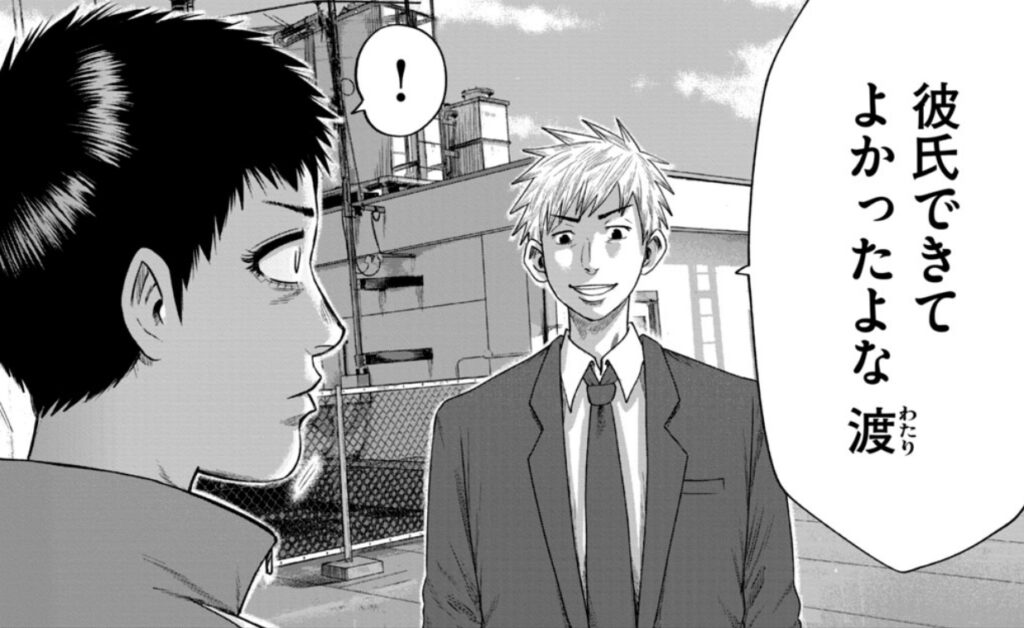 Near the end of the first volume, the pair ask a classmate of theirs, Itsuka, to take photos of their first designed shirt for their store. When the group of people that took advantage of him get involved, they try and cause issues and fracture this new-found bond by first trying to pull him away and, later, by breaking their camera. During both this confrontation and the discussion between Ryou, Jin and Itsuka after discovering the broken camera, Ryou’s masculine presentation despite being female in their eyes is used to target Ryou because it threatens their outlook. First through the exploitative ‘friends’ knowing their aversion to skirts, and both times using their closeness to place Ryou and Jin as boyfriend and girlfriend, when both are just friends and one isn’t even a girl.

It never feels like an attack on Ryou’s identity as a trans person, instead playing more into how fashion has the ability to challenge and change people and the places around them. In fact, the way fashion emboldens Ryou as he grows from the more withdrawn and self-conscious person he starts the series as to the person who’ll stand up for himself in the wake of these comments and who grows from strength to strength in asserting himself, it acts as a parallel for the trans experience. 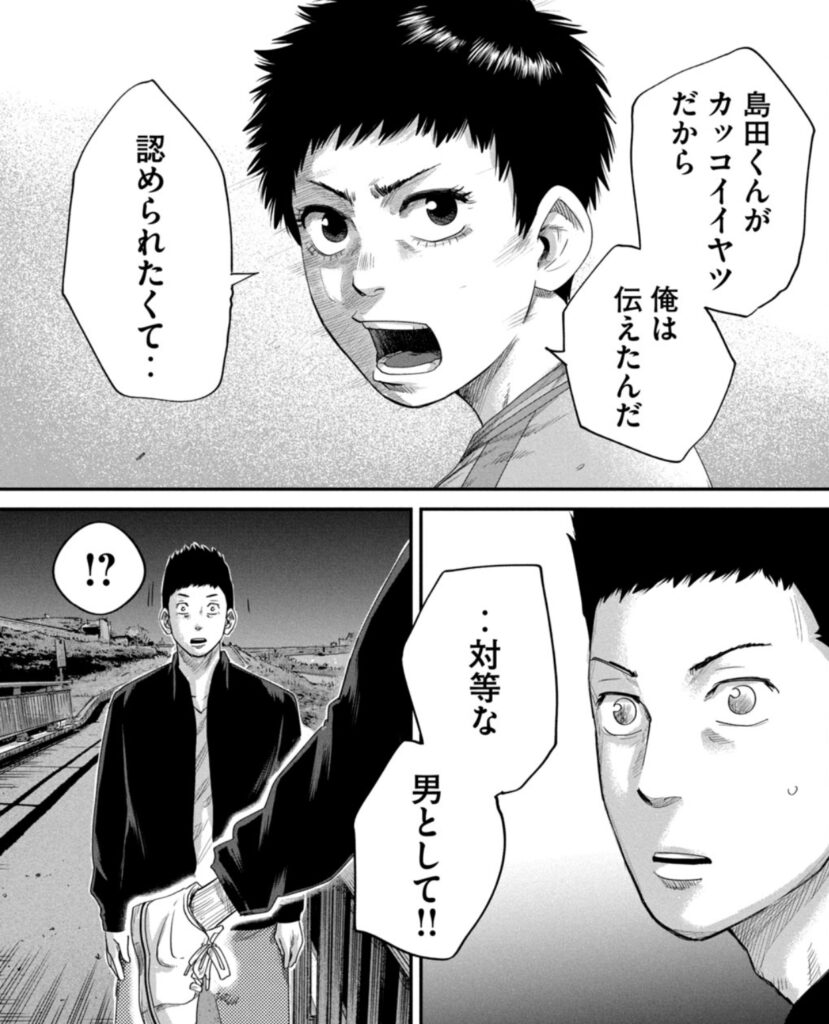 All of which is told with clean, clear, if simplistic, artwork that emphasizes expressive facial designs in order to display a wide range of emotions. The series may exaggerate its fashion storyline (I can’t imagine their first design becoming so successful so fast, especially with its simplicity even with the use of social media and geurilla campaigns), but it’s the series’ thematic core, whose core moral of self-expression will hit strong regardless of gender identity, that shines beyond these flaws.

For the first few years post-transition, as time went by, the less I felt I understood who I was or who I wanted to be. I began to second-guess myself, and since I didn’t ‘pass’ at first, I became withdrawn in fear that I’d once again be verbally harassed on the street by a stranger. I feared I was attention-seeking when I started to pay more attention to fashion and changed my style to a more bold aesthetic that, well, certainly means you wouldn’t lose me in a crowd! Strangely, the more my fashion made me stand out, the less I cared about what that crowd thought. I was happy with the compliments I sometimes got, but I changed my style in order to be myself and not be held back by expectations if someone disapproved.

After years of hiding who I was, fashion allowed me to be seen for the person I truly was inside. This feeling is captured by this manga, and this is what makes Boys Run the Riot a success. 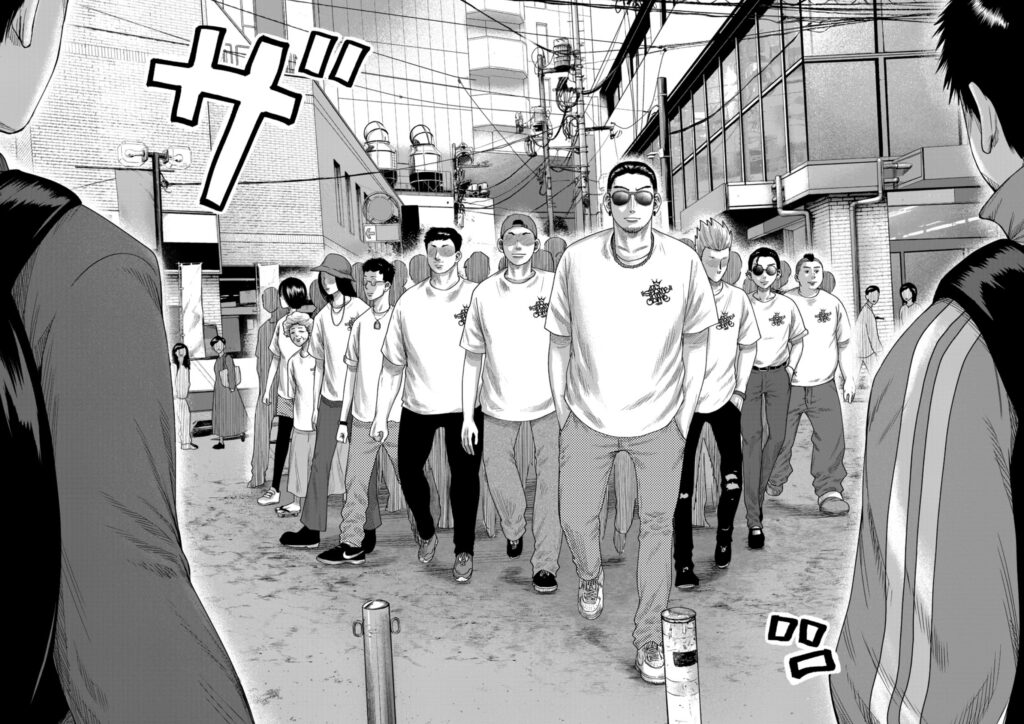 You can read Boys Run the Riot (Japanese only) via Bookwalker.