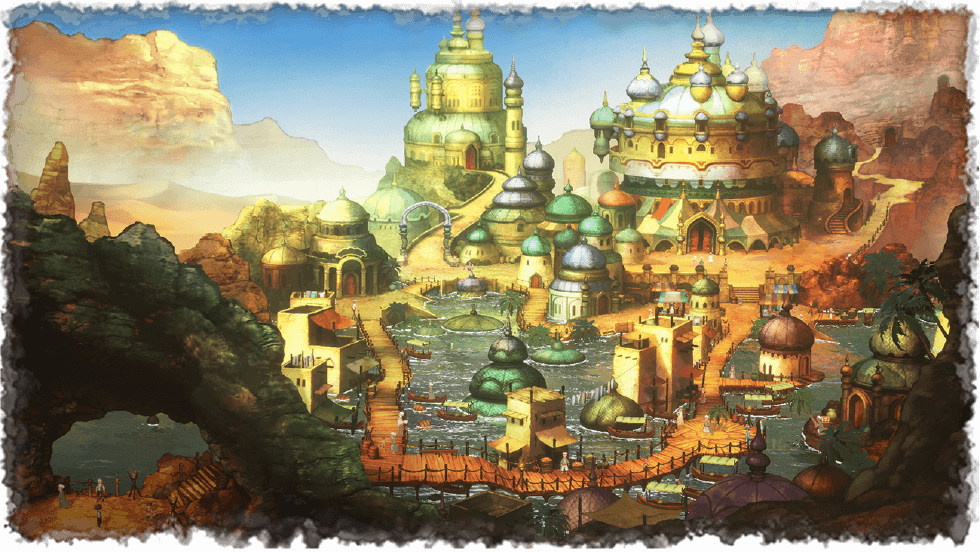 Ahead of the game’s planned release in February 2021, Square Enix has released a slew of new information for their highly anticipated upcoming Nintendo Switch JRPG, Bravely Default II.

With Bravely Default II’s upcoming release just two months away, Square Enix have begun to release detailed information on the game’s setting and characters. This includes artwork that keeps with the series’ long-running tradition of stunning hand-drawn backgrounds that enhance the visual look of the series. There are a number of worlds to explore on the continent of Excillant, and this new drop of information details a few of them.

Some of these worlds featured in March and October showcases of the game in Nintendo Directs, but have yet to be detailed until now. For example, this new information introduces us to the country of Savalon, a kingdom turned to desert by war and lumbering they underwent 200 years in the past. The kingdom continues to survive thanks to plentiful underground water reserves and started to submerge itself as a result. The country is also well-known for its large casino.

There’s also the country of Visworld, a magical kingdom in the forest founded by mages under Emma Odillia 50 years before the events of the game. The Magic Institution also serves as the country’s government, but the place is slowly becoming overrun by vegetation and entering a state of destitution. 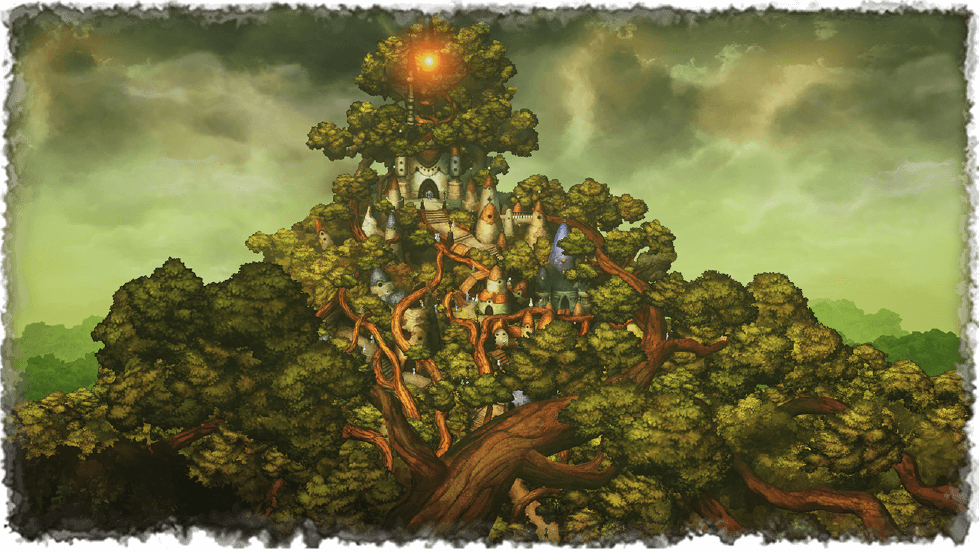 Alongside the detailed information on these locations, we are introduced to a number of characters we’ll meet during the story taking place in Savalon. Some of them have been introduced in trailers as heads of the government, such as First Prince Castor, but more characters are introduced in even further detail. We have the banished poet Orpha Dragordia, once a court poet, before being banished from the kingdom. Shaula Clarence is a frequent visitor to the gambling hall in Savalon that uses her looks to trick men into challenging her in card games, taking all their money and turning them into her pawns.

Nihal can tame animals and use these talents to put on beast and animal performances in the casino. She had been a member of a traveling group, but was picked up after a monster attack left her alone. The person who picked her up is Bernard Alphard, the owner of the casino, and now a member of the council and the founder of the underwater reservoirs. 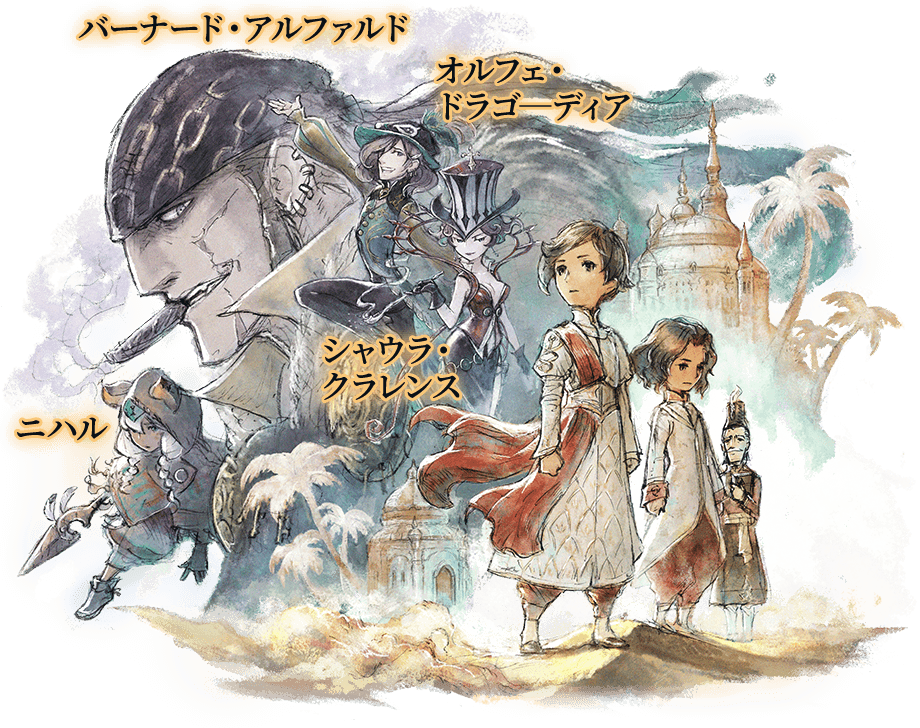 In Visworld, the now-deceased Emma Odillia is previewed alongside Rody Grenadine, a Red Mage. He heads the Magic Institution and is the current leader of Visworld, having previously studied under Emma Odillia. He lost his daughter in an accident and has since devoted himself to research in the Institution. Rody Grenadine’s wife is Lily, who has holed herself up at home in the woods near Visworld since her daughter’s death. However, it’s said that her daughter is living there with her. Finally, Galahad Kelly is a Guardsman at the Institution, born elsewhere but taken in by a distant relative following the death of his parents. He blames himself for the death of Rody and Lily’s daughter. 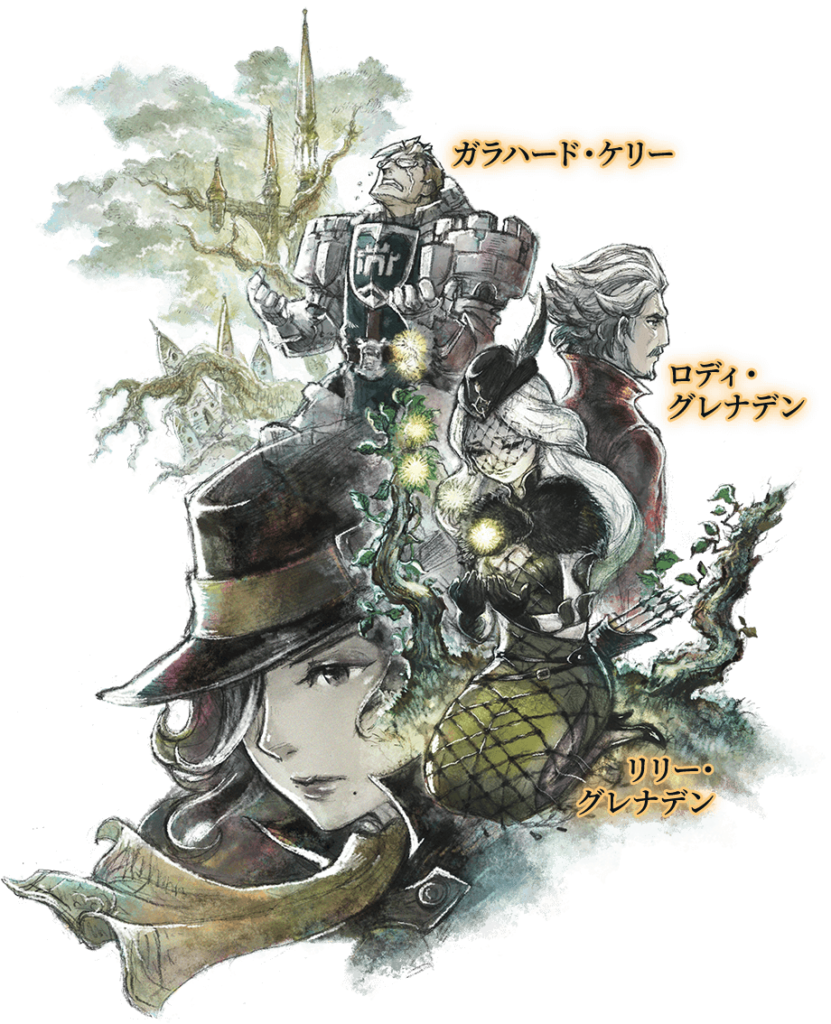 If an introduction to characters and the world wasn’t enough, we also have more details on the changes to the game’s battle system, with condition-specific special moves like the beast tamer special move ‘Let’s Do Our Best Together’ or the white mage’s ‘Sacred Light’. Additional features like the ability to pre-emptively attack field enemies for an additional BP at the start of battle were also introduced. Finally, and most interestingly, Streetpass-like functionality found in 3DS entries returns with a new mode that allows you to rent a boat that explores the seas, earning the player rewards for the time the game was in sleep mode, for up to twelve hours.

It’s a massive amount of new information that sets up the ambitious RPG for an exciting release. Bravely Default II is set for release on 26 February.