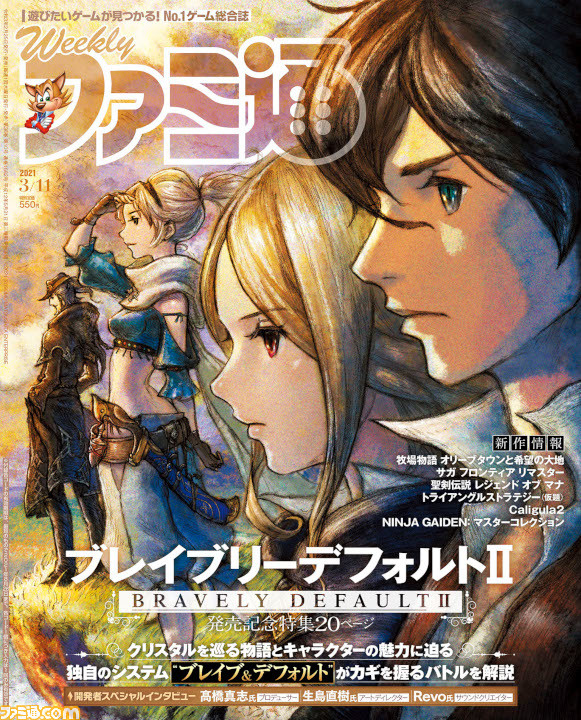 Just last week, Nintendo released the final trailer for the new game, which looks like it follows a long tradition of interesting Square Enix RPG characters:

Famitsu revealed the cover and details about their latest magazine on Monday. The magazine will apparently feature quite a bit of Bravely Default II information, including highlights of the game’s Story Character Battle. (That’s the name as literally written in katakana, not a translation.)

They will also have interviews with the game’s development staff, including producer Takahashi Masashi; and composer Revo. Revo is the leader of the self-described ‘fantasy band’ Sound Horizon; as well as side project Linked Horizon. (Revo’s musical biography is confusing.) If you’re unfamiliar with Linked Horizon’s video game music, you’ve probably heard their opening theme for Attack on Titan.

Of course, this week’s issue of Weekly Famitsu is not all Bravely Default II, as the cover also teases such upcoming games as Story of Seasons: Pioneers of Olive Town, SaGa Frontier Remastered, the Caligula Effect 2, Project Triangle Strategy, and Ninja Gaiden: Master Collection.

You can find the new Weekly Famitsu at Amazon Japan.