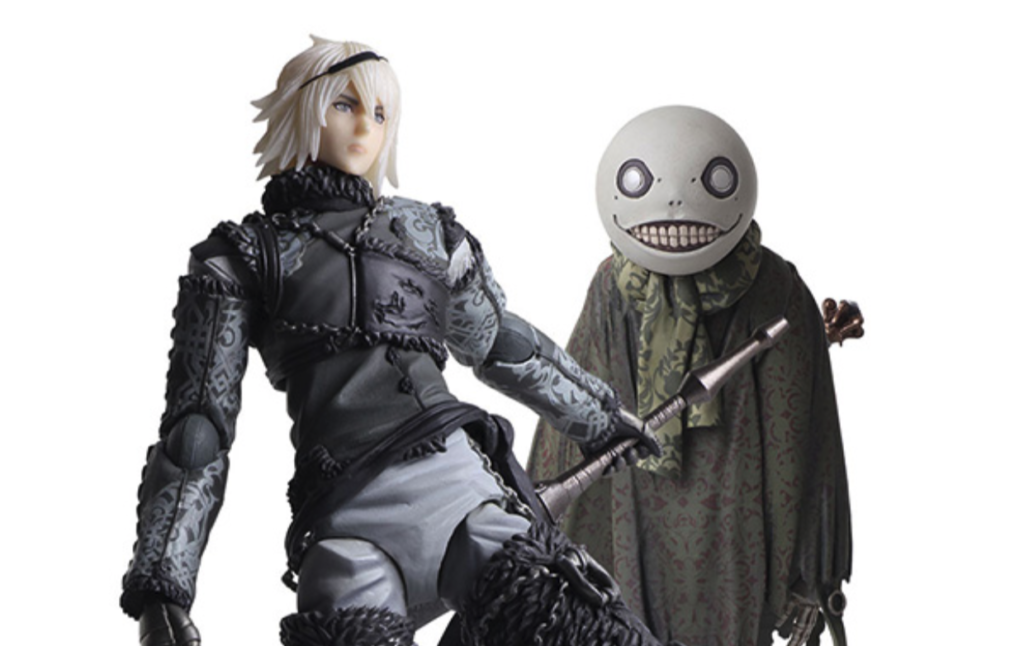 Square Enix have a few rather exciting Bring Arts figures on the horizon. We’ve spoken recently about the slew of new Kingdom Hearts 3 figures as well as a pair of new Final Fantasy IX figures which are currently on pre-order and set for release later this year. I mentioned even then that I would definitely love to have the chance to own some of these figures for myself. It would definitely be fair to say that, following those announcements, that Square Enix really know what their audience wants. While these new figures were certainly not being clamored for in the same way, their announcement is no less welcome in the eyes of the dedicated fans of the game (including me) as the news that Bring Arts figures for Brother NieR from the Japan-Exclusive NieR Replicant as well as Emil would soon become the latest characters joining the Bring Arts series of figures.

Similarly to the Final Fantasy IX figures announced recently, these figures will exclusively be sold as a double pack, with a huge array of accessories available in order to customise both of them. For example, Brother NieR is able to have Grimoire Weiss by his side as well as switch the weapon which is in his possession or his hands. Emil, on the other hand, has a fully-removable cloak that reveals his full skeletal body structure and can be posed in a variety of ways thanks to removable hand joints.

Considering that the NieR available in this set was only found in NieR Replicant, a Japan-exclusive variant of the original NieR which in and of itself, while not selling poorly in Japan and succeeding in gaining a strong cult following in the years that followed, paled in comparison to the success its sequel, NieR Automata, was able to receive. This figure certainly won’t be clamored for by as many people as a 2B figure would be, but that doesn’t make this news any less welcome. As someone who has been a fan of the original NieR since around the time of its release in the West, I am definitely tempted by this figure.

Pre-orders are now open on Square Enix’s official website, while this double-pack will cost fans a not-exactly-cheap 15984yen upon its release in September of this year. I say it’s not cheap, but considering you get two figures with his set, you are receiving quite a bargain by picking up this set, in my view. I for one will be keeping an eye on this, that’s for sure.