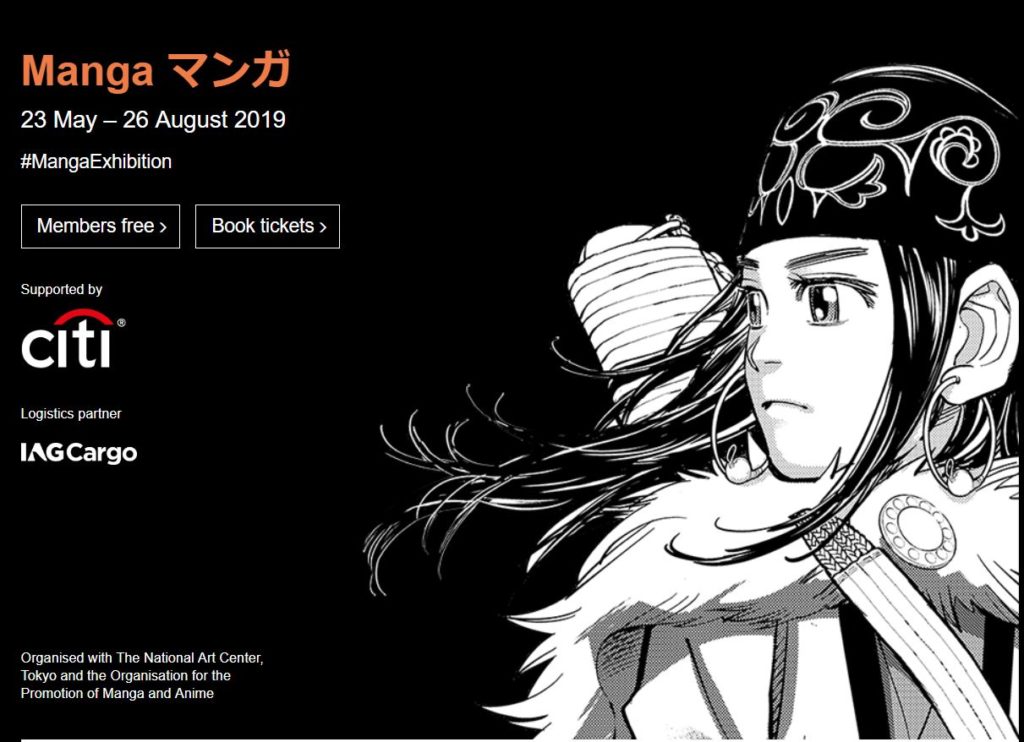 In conjunction with The National Art Center (of Japan) and the Organization for the Promotion of Manga and Anime, starting May 23 The British Museum will run the largest exhibition about manga outside of Japan ever. We covered the announcement and the people behind it previously, so check this article out for those details. The exhibition’s full slate of manga and themes have been made public and honestly, it’s making me want to hop a plane to England right now. Over 50 artists, spawning 70 series, with around 240 pieces, some duplicates some original art, the exhibition’s set to be a one of a kind experience for manga readers.

The exhibition’s separated into six zones, not counting an introductory area based around Alice In Wonderland featuring an original illustration of Alice by Akira’s Katsuhiro Otomo. You can find the full list here, but let me share some highlights.

Zone 1, ‘The Art Of Manga’ features a number of different works by star Akiko Higashimura.

Zone 2, ‘Drawing On The Past’ brings legendary artists like Osamu Tezuka and Akira Toriyama to England.

Zone 3, ‘A Manga For Everyone’ puts contrasting works like Naruto, Galaxy Express 999, and Saint Young Men side by side.

Zone 4, ‘Power Of Manga’ has Detective Conan and JoJo’s Bizarre Adventure together.

Zone 5, ‘Power Of Line’ showcases Princess Jellyfish, Toward The Terra, and Golden Kamuy among other all-star titles.

Zone 6, ‘Manga: No Limits’ will exhibit the art of two greats, One Punch Man’s Yusuke Murata and Tekkonkinkreet’s Taiyo Matsumoto as well as a lot of original Pokémon artwork.

While that’s a somewhat abbreviated list, you can see the exhibition at The British Museum is drawing from all kinds of manga from all eras. More so, instead of categorizing them by genre or time period, each zone seems to be focused on one aspect of manga itself. The juxtaposition of old and new titles, Shonen Jump mega-hits next to the Tezuka classics, the very of essence of manga itself will be allowed to shine at the upcoming exhibition.

The British Museum will launch this Manga Exhibition May 23 and it will run until August 26. Tickets will run for £ 19.50.