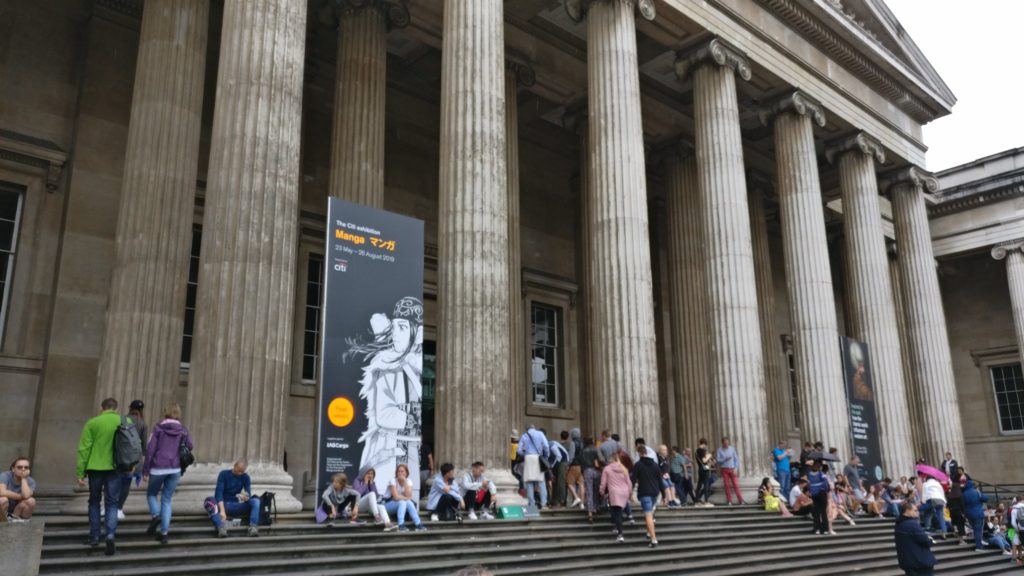 The British Museum, with all of its plundered booty from across the British Empire and beyond, has never been a particularly progressive institution – so much so that, if you’d have told me 10 years ago that the British Museum Manga exhibition would be the largest exhibition of its kind outside of Japan, I’d have laughed you out of the room.

But times have changed. Not only are anime and manga becoming less niche hobbies and seeing more crossover with the mainstream, but the British Museum has also started to look forward a little more – even lending out some of it’s treasures to the rest of the world, albeit only temporarily.

All of this seems to have culminated in the British Museum’s Manga exhibition, which opened its doors in London on May 23. Making the journey down to the Big Smoke to check it out was an incredible experience, but not without room for improvement.

Although the marketing for the exhibition focused on shonen series such as Golden Kamuy, you’d perhaps be surprised to hear that material from shonen manga was most likely in the minority.

Of course, you’ll find material from such series as Dragon Ball and Attack on Titan present, but the British Museum has clearly made an effort to mold their Manga exhibition into something more representative of all of the different genres that make up the art form.

Almost every genre I could think of had some type of manuscript or art piece display, but what struck me the most was how well-represented shojo was. Material from such classics as Princess Jellyfish and The Poe Clan was displayed right next to the giants of Osamu Tezuka and Akira Toriyama, which is particularly important given how the genre tends to be overlooked.

Furthermore, it was a delight to see material from old-school gag manga at the exhibition, including some manuscripts from Osomatsu-kun creator Fujio Akatsuka. 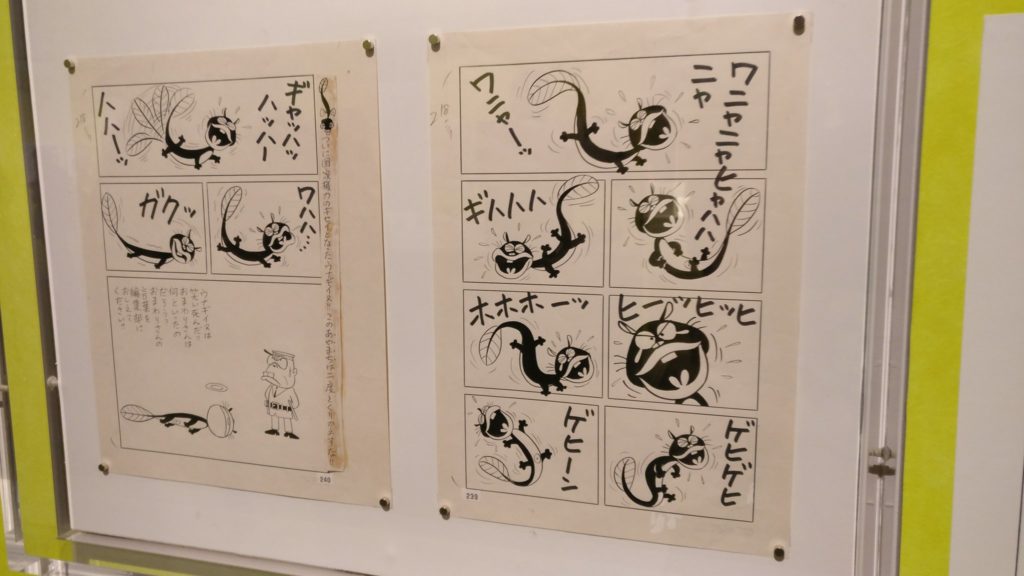 The sheer range of material on offer means that almost anyone, no matter how much knowledge they might have of the art form of manga, will be able to find something they recognize at the exhibition.

This is particularly important given that the hobby of reading manga is far less popular in the United Kingdom than it is in other European countries, such as France.

But with breadth does not necessarily come depth, and it’s in this aspect that the Manga exhibition trips up. The British Museum has clearly attempted to craft some sort of through-line by dividing the material into sections and exploring the historical heritage of the art form as it stems from traditional forms of Japanese art, but the open-plan layout of the exhibition means that it’s quite easy to lose this focus while making your way around. 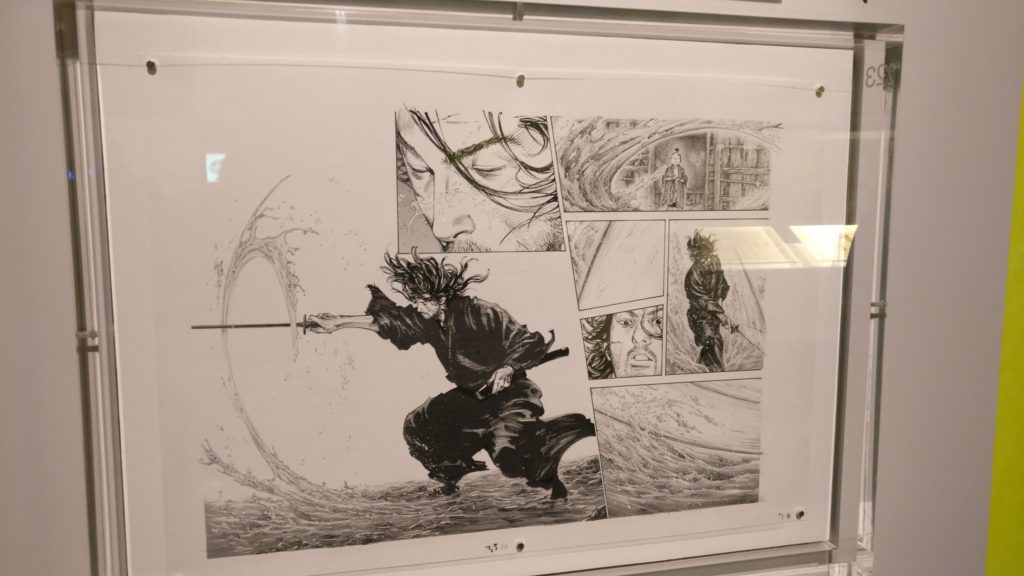 The sheer amount of material on display also might be certainly impressive but to an almost overwhelming extent. Even I, someone who’s passionate about the art form and its development, was quickly worn out by the amount of material on offer, perhaps not giving my fullest attention to the material that came towards the end.

Even so, it’s incredibly important for the British Museum to have put this Manga exhibition on. Not only does it show that the institution is becoming more and more forward-thinking as the years go on, but the institution’s prestige is a great boon for raising the profile of manga on a global scale.

Certain European countries, such as France, have already recognized the incredible artistic potential of manga and comics in general, but the United Kingdom and others have yet to do so. Reading manga as a hobby isn’t as popular here as watching anime, either.

The British Museum Manga exhibition should help to remedy both of these things. Placing the works of Osamu Tezuka and Akira Toriyama side-by-side with the treasures of ancient Egypt or, indeed, samurai armor from feudal Japan, legitimizes the artform. Furthermore, the exhibition acts as a rather effective whistle-stop tour of the types of stories presented in the medium, across a variety of genres. 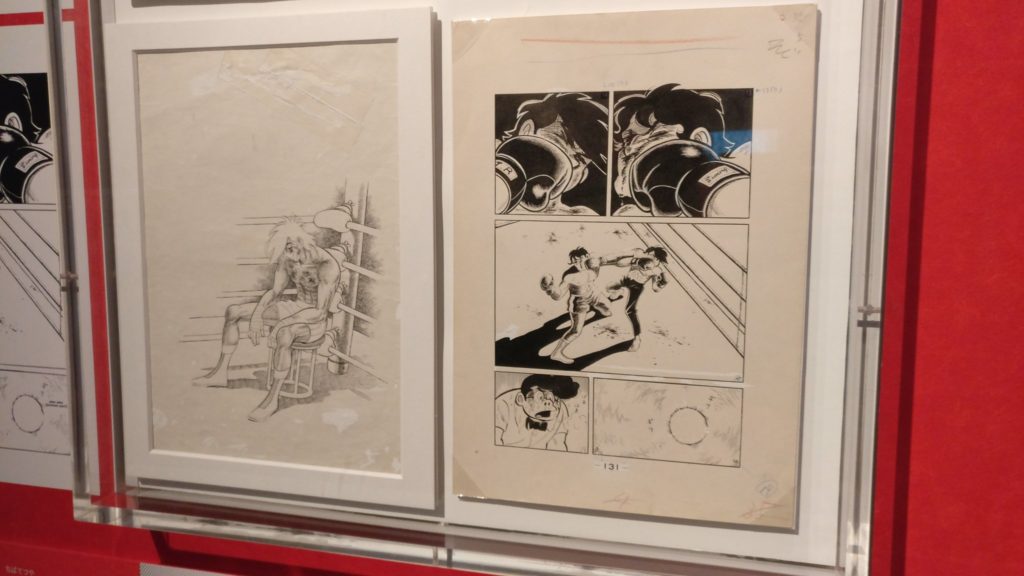 So while I wouldn’t call the Manga exhibition a triumph, I’m really glad that it happened. Even problems with breadth over depth can’t beat out the importance of such an event to the art form of manga and could be remedied in future events going forward.

I’m sure that the British Museum will have an opportunity to improve on their Manga exhibition, if not just because of the rising popularity of anime and manga, but also because how popular their event and others have been – just look at the success of Japan House London’s Naoki Urasawa exhibition for proof of that.

If you’re in the United Kingdom and you’ve somehow not visited the exhibition yet, then it’s running until August 26. Tickets can be purchased online via the British Museum’s official website.