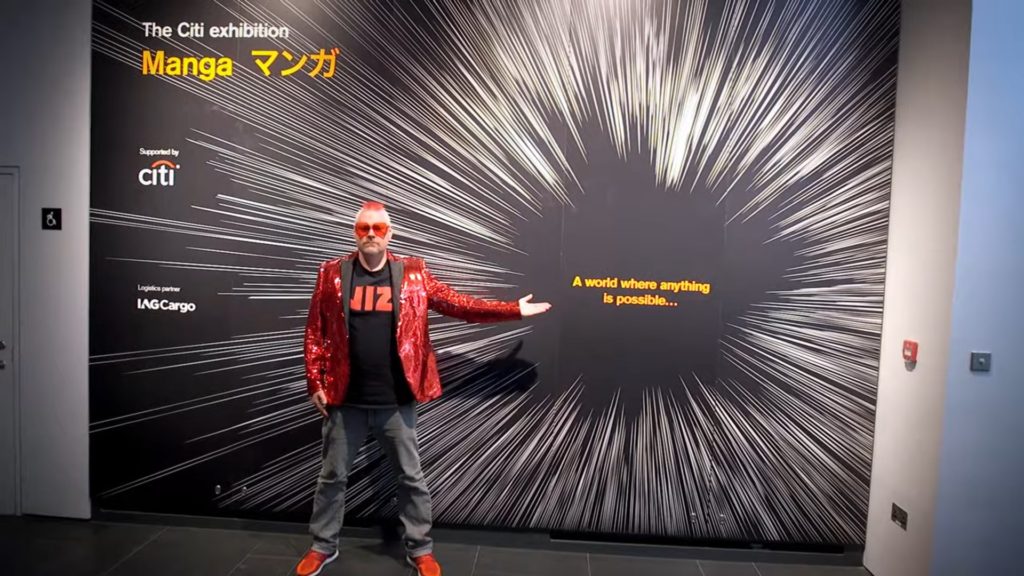 The British Museum’s Manga exhibition opened its doors last week, allowing fans to experience the biggest exhibition of manga ever held outside of Japan in one of the United Kingdom’s most iconic cultural sites. However, not everyone lives in the United Kingdom, and there are even some – like myself – that are currently unavailable and won’t be able to check out the exhibition for a good while. That’s where VIZ Media comes in.

The US-based publisher and Shonen Jump provider sent over Urian Brown to give us an exclusive video tour of the exhibition before it opened its doors to the public.

Unfortunately, it seems that VIZ Media are up to their regular region-locking shenanigans, so this video tour is only available in North America. They also seem to have ‘locked’ their video to favor showing VIZ-published properties present in the exhibition, such as Uzumaki and Dragon Ball over other properties – with some obvious exceptions being Ashita no Joe and Sailor Moon.

Nevertheless, VIZ’s video tour is effective in showing the sheer scale and size of the British Museum Manga exhibition, as Urian Brown manages to cover most of the various ‘zones’ present in the exhibition in a whirlwind tour of just four minutes.

As mentioned, the British Museum Manga exhibition is the largest ever held outside of Japan, and as a result, covers a wide range of manga across genre and epoch. This means that we get to see modern series such as Golden Kamuy presented side-by-side with Osamu Tezuka’s classic Astro Boy. It’s also with regards to Astro Boy that Urian Brown explains the origin of the classic ‘manga’ eye, which I honestly had no idea about before watching the video tour.

The British Museum Manga exhibition is still running until August 23, giving you plenty of time to check just in case you’ve been inspired by the video tour to make the journey over to rainy old England. You’ll get to eat some CoCo Ichibanya if you do. UK residents, on the other hand, should make it their solemn duty to support this exhibition if they can, as I definitely want to see more of its ilk in the future.