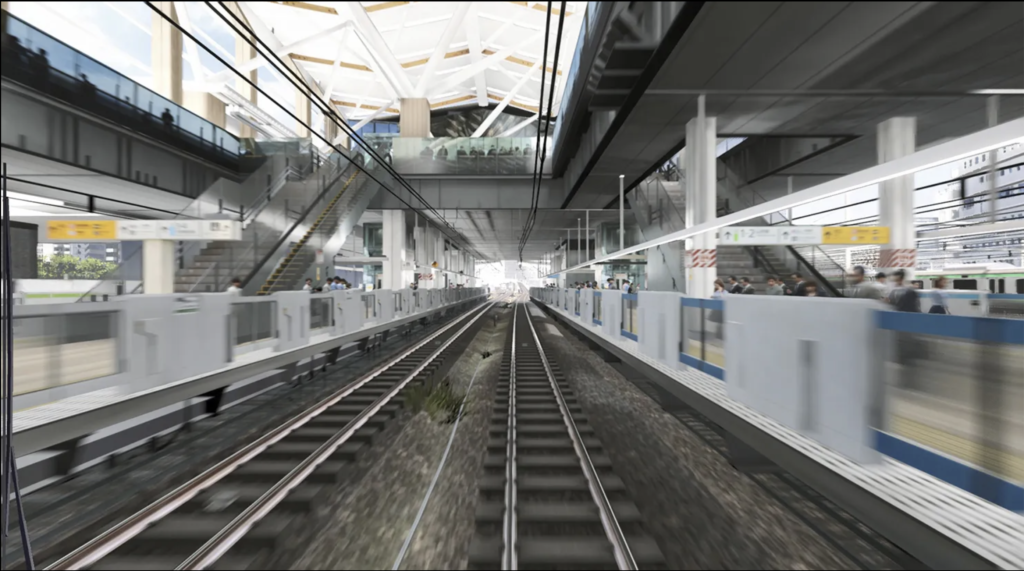 It seems that the end of 2020 is shaping up to be all about ‘Densha de Go!!’ for Taito and Square Enix. Not only did they announce that they will be releasing ‘Densha de Go!! Hashirou Yamanotesen‘ for PlayStation 4 and Nintendo Switch, they have also released a mobile browser version of the original Densha de Go!! PlayStation game to play for free.

The game has you starting at the Shibuya Station and trying to make your way all the way to the Tokyo Station on the other side of town via the Yamanote Line, the star of the upcoming PS4 and Switch title which is slated to be hitting the PlayStation 4 on December 3rd.

The mobile browser version of the game is quite simple in terms of control, you have your air-break, horn, and gear lever used in order to put the train in motion. As with all ‘Densha de Go!!’ titles, the goal is to get to the next station on time without pissing off your riders. With the Densha de Go!! browser version being based on the original PlayStation version of the game, we’re dealing with 25-year-old graphics and controls here, so it’s not perfect, but it’s certainly awesome.

I absolutely love the ‘Densha de Go!!’ series and was quite surprised that we never saw a title on PlayStation 3, and had to wait this long to see something on PlayStation 4 and current-gen hardware. I mean, sure there was the Japan-exclusive ‘RailFan’ which was quite similar to ‘Densha de Go!!’ in concept, as it was co-developed by Taito, there is nothing like the original.

I can’t wait until December 3rd until the PlayStation 4 version of ‘Densha de Go!! Hashirou Yamanotesen’ hits store shelves, but in the meantime, I will keep trying my damndest to reach the Tokyo station on the Densha de Go!! browser version. It seems like quite a fitting goal.