Bubble Bobble 4 Friends on The Switch Reimagines The Series 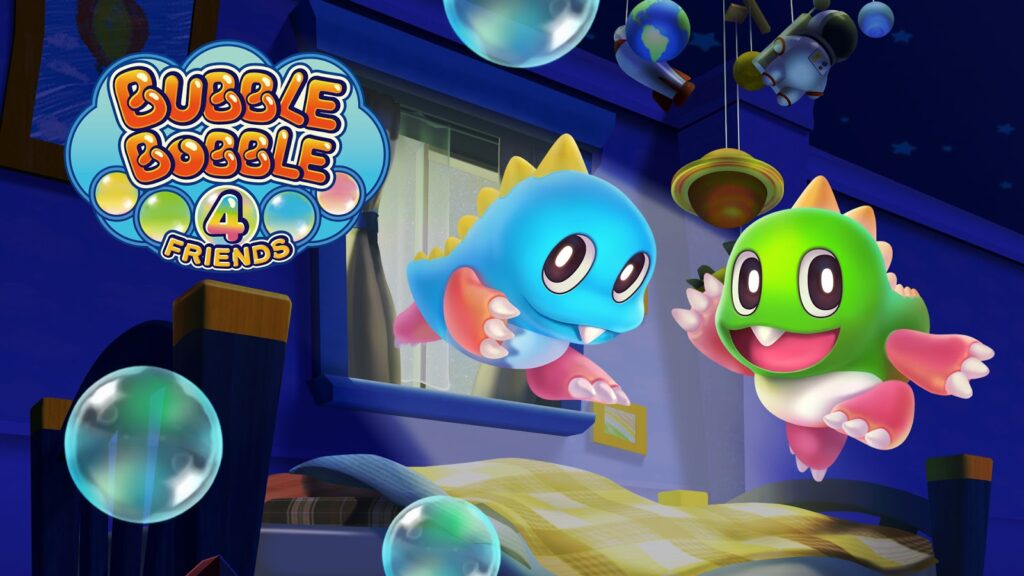 As much as I loved playing arcade games when I was younger, I typically found myself playing fighting games. At times I would find myself playing other popular mainstays of the arcade scene, such as Metal Slug X or Mr. Driller, but I wasn’t particularly great at them so I didn’t play them as often as others.

Deep within one of the arcade cabinets which I now realize probably wasn’t legally allowed to house 50 games in it was a platform game by the name of Bubble Bobble. I wasn’t really great at playing that one either, but I could still tell there was something special about it.

It could be an understatement to call the Bubble Bobble video game series a popular one. In addition to commonly being placed on “Best of All Time” lists, it’s also spawned the highly popular and often cloned Puzzle Bobble series (known in America as Bust-a-Move).

To be honest, I’ve probably played more of Puzzle Bobble just because it looks so easy and I’d always become overconfident that I could beat it without challenge. But I also snagged quite a lot of time with Bubble Bobble because it did have an option to play it with a friend!

The goal in each stage is pretty simple: defeat all of the enemies. Playing as one of the adorable dragons named Bub or Bob, you must trap enemies by blowing bubbles, capturing them inside, and then popping them after. The difficulty comes from being able to lose a life just by getting hit by their attacks or even touching their bodies. 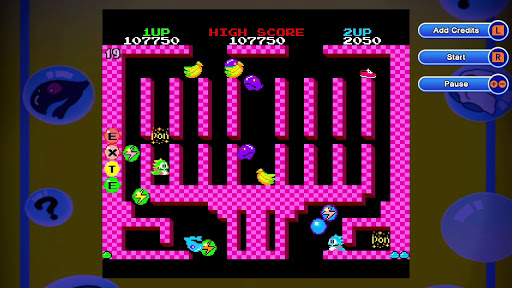 Each stage is a single screen and the player will appear at the top if they fall into any gaps at the bottom.

As remarkably simple as it sounds and honestly looks, it doesn’t take long for the stage layouts to become complex and for enemies to begin flying all over.

In some cases it requires you to stay back and approach the stage like solving a puzzle instead of adopting an aggressive “jump and bubble each enemy” strategy. Add in the option of playing with two players and multiple endings and you have a game with wonderful replay value.

At First Glance: How It Fares in 3D with 2 More Players

The latest entry in the series is the Nintendo Switch-exclusive Bubble Bobble 4 Friends, which was announced back in August. It’s the first in the series to employ 3D visuals but that doesn’t prevent it from keeping to its 2D platforming.

Another notable difference is that the game allowed for four-player co-op, in case you couldn’t tell from the inclusion of the “4” in the title.

Gameplay is as tight as it ever has. Navigating around each stage and trapping enemies with your bubbles feels great and using power-ups to help you activate chains is wonderfully satisfying. If you can believe it I’d say doing all of the above hasn’t looked this cute before either.

Visually speaking it does look pretty nice. I suppose it’s not too surprising that a game where you get to play dragons that capture enemies in bubbles would be pretty cute. The originals were certainly cute and most games retained that cuteness.

I’m happy to say that Bubble Bobble 4 Friends manages to transition its characters to 3D and possibly make them even more adorable. 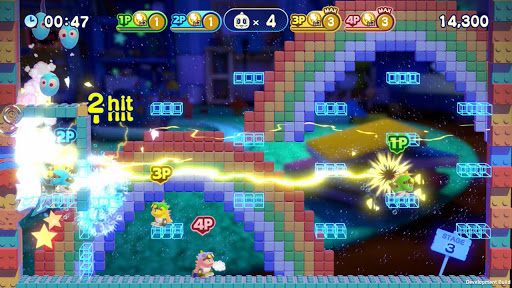 Something else that the Bubble Bobble series is well known for its main theme. It wouldn’t be a stretch to call it one of the most famous themes you’d hear at an arcade. Which is why I was happy to hear the theme in all of its glory at the beginning and then hear different takes on it throughout each world!

True to its title, the game does feel a lot more fun if you’re playing it with four people total. There isn’t anything inherently wrong with playing through the game’s advertised “100” levels, but there’s just so much more fun to be had when there’s more people playing.

I’d highly recommend this game to those who have a group of friends that would play together, especially if they’d be willing to split the price with you. Which unfortunately leads me to what I don’t like about the game.

To put it quite simply and to reiterate what most other reviews have said: the game is not worth it at its price. While it’s not a full-fledged $60 title, I’d argue that the base price of $40 is still too much. And if you’re thinking of playing it by yourself, you’re going to want to wait for a big sale.

While previous games followed a loose plot in a fantasy-like world of magic (because where else would you find bubble-blowing dragons), this adapts the idea of the characters being a child’s toys brought to life. Which is absolutely fine because each “world” represents a different part of the child’s room. The issue I have with this is that it’s portrayed in a bit of a boring way.

As fun as it is to play in “Bookshelf Forest” or “Toyland Terminal”, it all starts to feel the same after a while. The themes are obviously given thought with the design of the layouts, but a lot of times it’s just reskinned platforms.

Meanwhile, the background of the stage is just an unfocused view of the room that the current world is based on. Once you complete a stage it moves a little bit in a certain direction and then a new stage forms around you.

I love how cute it looks, but if I’m honest, I can’t help but get a bit of a budget title feeling from it. Obviously they wanted to retain the look of the original as much as possible and the setting and cuteness factor certainly feels that it wants to capture the attention of a younger audience.

But I would have loved it if they took more of a risk in the overall design. As possibly ambitious as it would be to base the game around actually navigating a children’s room within each stage, I think an idea like that would have tied the theme together more as well as help provide a nicer variety of visuals. 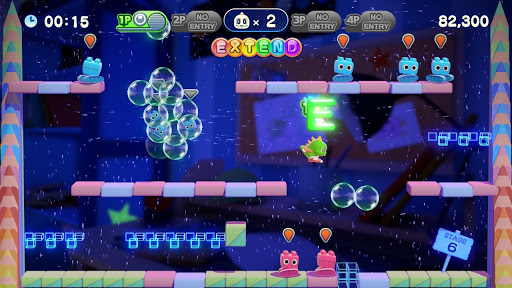 Jumping from the visuals, I also have to admit that the music doesn’t help either. There are differently themed remixes of the famous main theme for each world as a whole, which means you’ll be listening to the same thing throughout nine of the ten stages.

The repetitiveness makes it easy to appreciate each new track for the first time and the boss stages for providing a further palette cleanse until the cycle begins anew. In a sense, the lack of difficulty in the available 50 stages is a saving grace from the music getting too annoying.

And that leads to my biggest gripes. It’s far too easy. It doesn’t start to get challenging until the last two worlds which introduces a wind mechanic that changes the direction of your bubbles. And that is a wonderful mechanic because it makes the stages feel like puzzles again.

But it doesn’t last long, like the rest of the game. Most players can probably complete a playthrough within a couple of hours. Although they’re rewarded with a Hard mode that changes the enemies and layouts of the previous 50 stages (leading to the advertised 100), it feels more like the level of difficulty most would want in the first place.

Beyond that and the admittedly wonderful addition of the original Bubble Bobble, there isn’t anything else to do. Your only option is to replay it each level, aim to get three stars, and then play the hard version of it and do the same as the soundtrack loops. It can become a bit of a drag after a while.

Mix the repetitive music, simple level theming, and a three-star ranking system, and you have something that almost feels like an improved version of a mobile game. I don’t mean to say it’s a bad game by any means!

It has a lot of love and respect for the original put into it and I think it looks great and plays great with a lot of people. But it doesn’t come close to supply the amount of content you’d expect from the price tag that’s attached.

There is potential for it to improve though. It was announced that the game would be updated with free content to make it more challenging after the team heard player feedback.

They haven’t detailed it further beyond new stages and bringing back the Baron von Blubba enemy who traditionally appears if the players take too long, but it’s definitely a step in the right direction. I wouldn’t recommend the game at its price right now, but hopefully the free post-DLC can make it easier to do so.