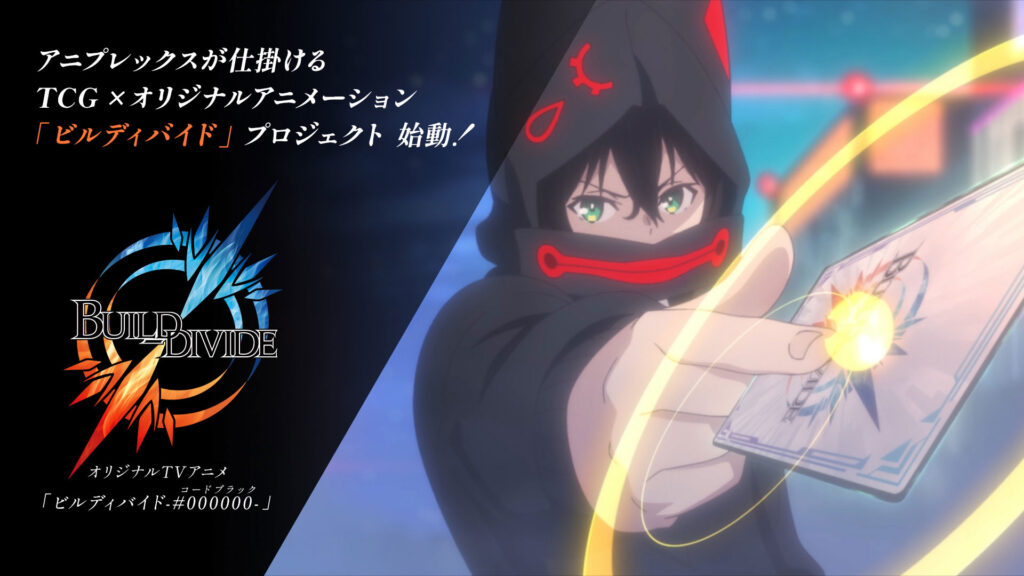 When I saw this come into my inbox today, I was immediately intrigued. The concept is not new *cough*Yu-Gi-Oh!*cough*, but after watching the trailer… Let’s just say that Yu-Gi-Oh! could have never looked this pretty. 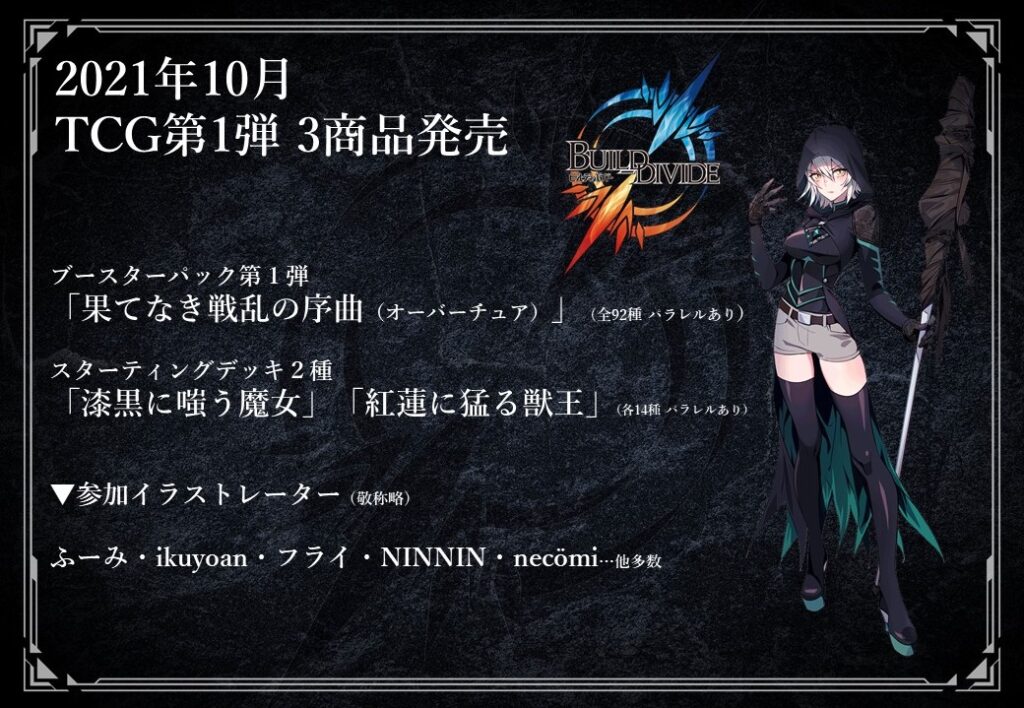 Build Divide will be a two-part project: The first part is a card game that takes place in the real world, where people can collect cards and battle just as if you were to do in Pokémon The Card Game or Yu-Gi-Oh!.

The second part of the Build Divide comes in Build Divide #000000 (Code Black), an anime that takes place in a fictional world called New Kyoto where the ruler is decided through their skills at the Build Divide card game. Not much is known about the title yet, but we do know that the protagonist Teruto Kurabe can generate a ‘guard’ by the name of Sakura Banka.

Aniplex has outlined the story:

A city ruled by a king, where all superiority is determined by the strength of the TCG ‘Build Divide’.

There is a rumor in New Kyoto that says, ‘If you defeat the King in the Build Divide, anything you wish will come true.’

And in order to challenge the King, you must participate in a card game battle called ‘Rebuild’ and complete the ‘Key’.

-Everyone has a wish that comes true.

Teruto Kurabe, a boy who vows to defeat the king for a certain purpose, is led by a mysterious girl named Sakura Banka. He throws himself into the Rebuild battle.

Teruto and his friends’ battle now begins in the city of New Kyoto, which has been taken over by Build Divide! 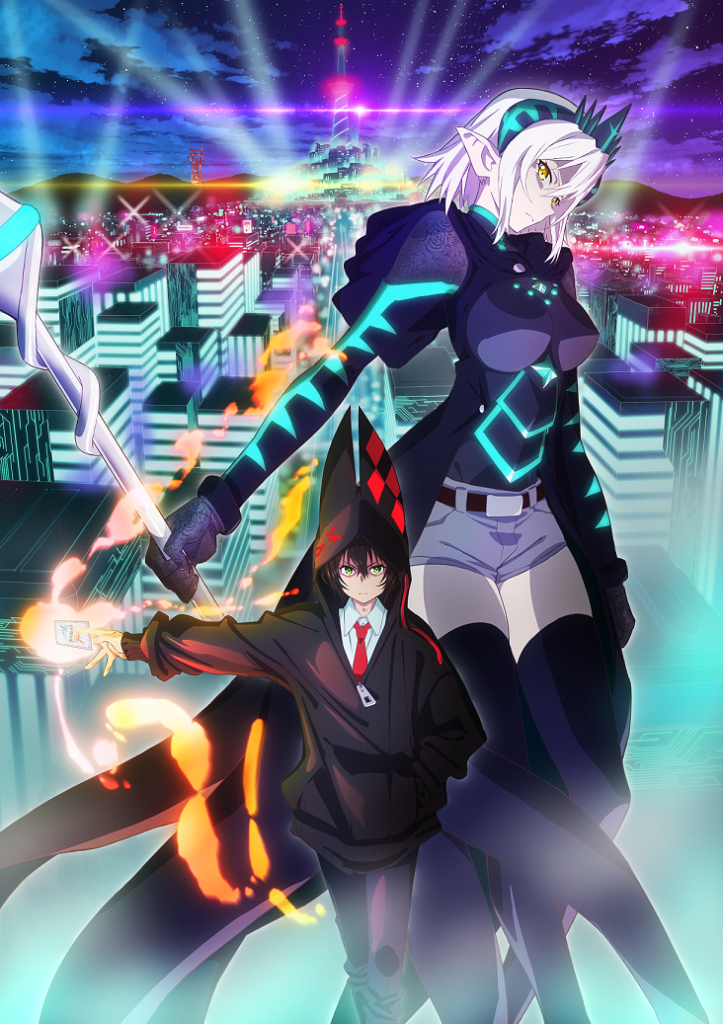 I’m not going to lie, Build Divide sounds super interesting and I’m looking forward to when it hits Japanese airwaves this coming October. The anime will be broadcasted in 2 cours, with the first in October 2021 when the card game releases, and the second cour scheduled for April 2022.