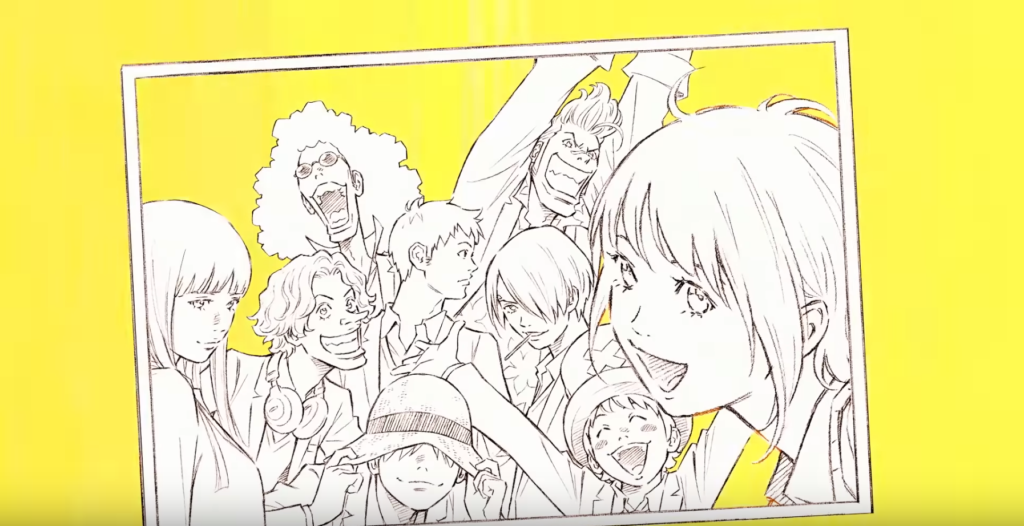 Those tuning in to Japanese TV over the past month or so have probably encountered the latest “Hungry Days” campaign in support of Nissin Group’s Cup Noodle brand of instant noodles. This series of advertisements have been around for a few years now, and the basic premise of each one is that a classic anime series or movie gets reimagined into a modern-day situation. This unofficial compilation captures them all in one place, featuring takes on Kiki’s Delivery Service and Sazae-san, along with an unrelated installment about the end of the world set to an Aerosmith song.

The most recent installment tackles long-running pirate anime One Piece, placing it within the confines of a place even wilder the high seas — a Japanese high school. Watch the 30-second ad set around the character Nami below.

If the animation wasn’t already attention-grabbing enough, the fact Nissin snagged arena-ready rock group BUMP OF CHICKEN to provide a song for the campaign should underline what a big deal this all is. Considering that the group’s whole vibe for 20-some years has been “dramatic rock ideal for staring out of a classroom window to,” they are a natural fit for this set of adds. Now, you can listen to the full song for the One Piece gone adolescent series, complete with a video featuring more art from the ads, below.

Ultimately, this song doesn’t have to do much heavy lifting, as the visuals carry the campaign anyway. It’s a good match, though, as BUMP craft a number featuring a skittery beat and plenty of room for lead singer Fujiwara Motoo to do his thing. The best sonic detail comes from the synthesizer notes scattered about, adding a nice glow to this slowly rising bit of dramatic rock. In the end, though, this is about how they synthesize, and song and video merge just right.