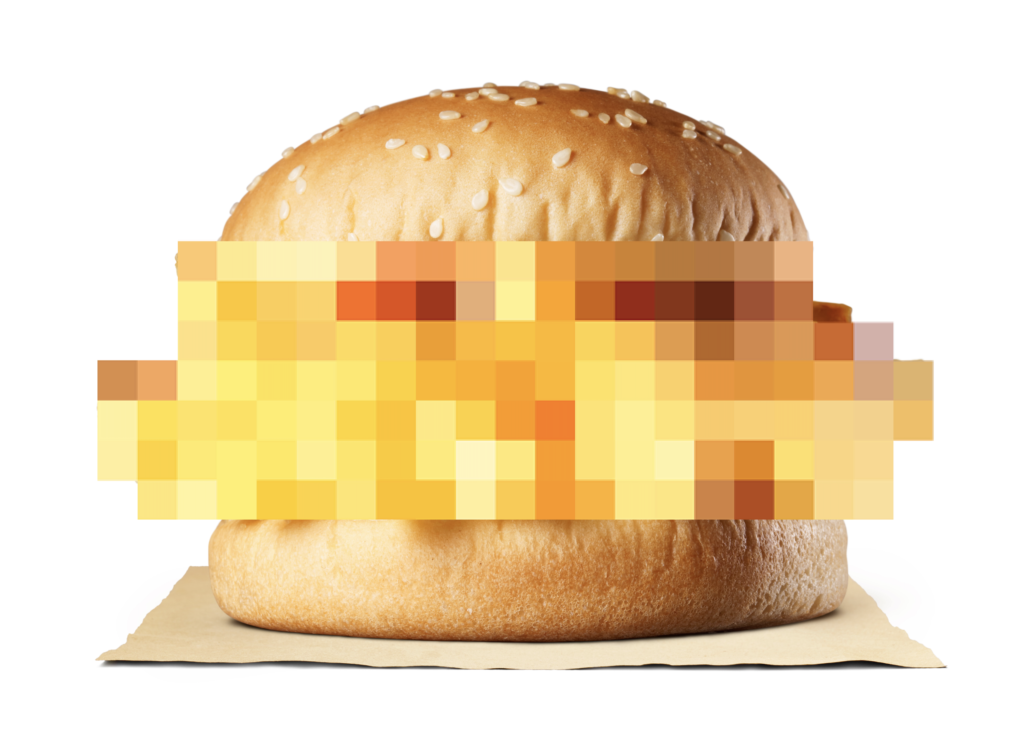 One thing that I absolutely love about Japan is their willingness to try new things at their restaurant chains. McDonald’s has the “Bai” promotions which after 5 pm on any given day, you can double the meat in ANY of their sandwiches and they also have a bunch of limited-time stuff like the Tsukimi burgers which have a nice gooey egg inside of it with a special sauce, but the king (hue hue) of this type of thing has to go to Burger King, hands down. They have had a plethora of limited-time menu items such as their “Dera-Hash” and “Dera-Oni” burgers which add a hash brown and onion rings into the burgers, respectively. They also have The Ugly Beef Burger which honestly, I don’t even want to go into it, it’s disgusting, but their newest foray into limited-time menu items has to be their most intriguing yet, The Fake Burger.

Just what is “The Fake Burger,” you ask? I have no idea. When they announced the burger, they put out a promotional picture of it but the burger insides have a mosaic on them, similar to how you would see in Japanese adult videos. But that doesn’t mean we can’t speculate and try to figure it out based on the other clues in the image. 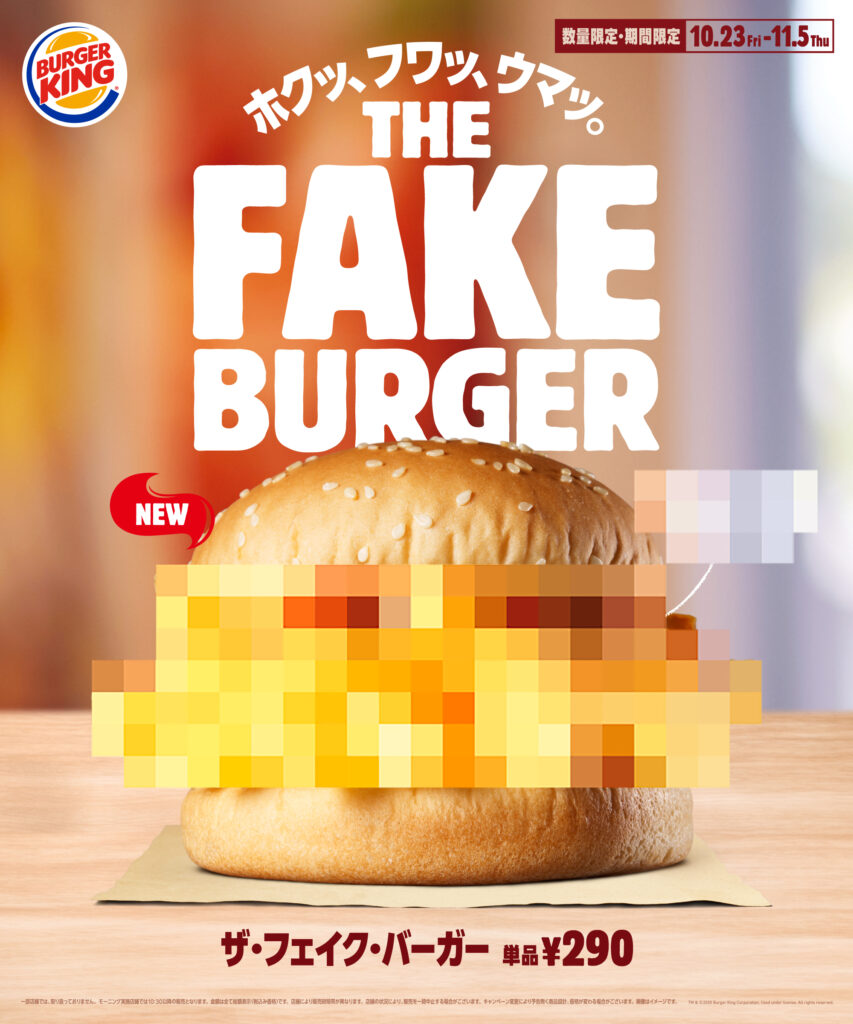 When I first saw the image, I thought “Oh cool, they’re doing a plant-based burger”, but then I saw the price and at ¥290, that’s just not happening. Then I thought, “well, maybe it’s some sort of new meat they’re using,” likely wrong on that front too. Then it hit me in the face, when I looked at the top of the promotional image it says in Japanese “ホクッ、フワッ、ウマッ” which translates to “Hot, Fluffy, Delicious.” So me being the Sherlock Holmes that I am have deducted that The Fake Burger is simply eggs in between buns with maybe ketchup and/or tomato. This makes sense as eggs are a very popular snack here in Japan and you can get egg sandwiches in multiple forms at any of the convenience stores throughout the country.

We have to wait until October 23rd to find out for sure what The Fake Burger really is, but I’m really putting my bets on eggs. I have to go to the Apple Store on Friday to pick up my iPhone 12 Pro and there just happens to be a Burger King down the street from there in Center Gai in Shibuya, so maybe I’ll grab one for breakfast and see how it is, that is, if it really is eggs.