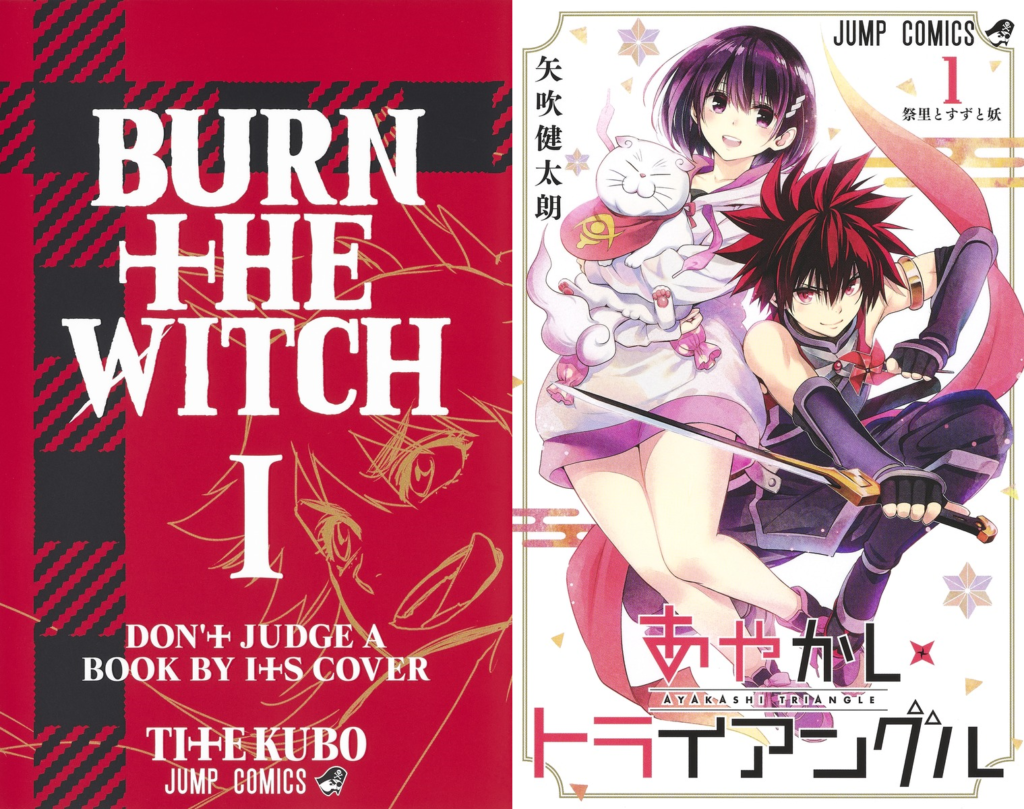 Tite Kubo and Yabuki Kentaro have smashed initial sales expectations for Burn the Witch and Ayakashi Triangle, with both debut volumes coming in the top ten of Shoseki rankings. Calculated by amalgamating data from brick and mortar stores (not online ones), these rankings provide a rough estimate of how well series are selling on a daily and weekly basis. And on both fronts, both Burn the Witch and Ayakashi Triangle volume 1 are selling very well.

To a certain extent, this was to be expected. Both Tite Kubo and Yabuki Kentaro are well-known creators, with the former famous for Bleach and the latter for such works as Black Cat and To Love-ru (with Saki Hasemi). Nevertheless, the example of Samurai 8 should teach us to never take something like this for granted.

Looking a little closer at the Shoseki rankings, we can see that both Burn the Witch and Ayakashi Triangle’s sales have held quite well. Burn the Witch volume 1 debuted at number four on the day of release (October 2), only dropping down to number five in the subsequent weekly rankings. Ayakashi Triangle volume 1, meanwhile, debuted at ten on the daily rankings and dropped down to twenty on the weekly ones – that appears to be quite the decrease, but it is worth bearing in mind that both of them still sold over an estimated 23,350 units. 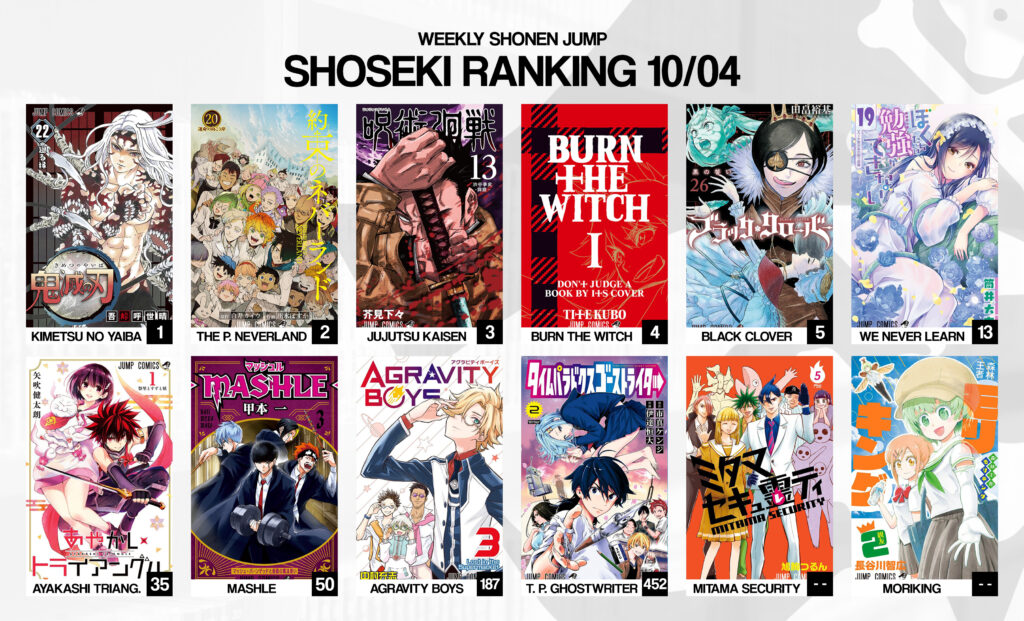 What’s more, this fancy graphic produced by @WSJ_manga (which reflects the rankings as of October 4) gives us a visual indication of what sold well and what did not. Aside from Burn the Witch and Ayakashi Triangle, it is worth noting that MASHLE’s sales continue to hold steady while Moriking – already in trouble from last time – failed to even come in the top 500. That’s pretty significant, as several hints have already been dropped in the story that a conclusion may be coming sooner rather than later.

Other interesting tidbits include how the top three is made up of Kimetsu no Yaiba, The Promised Neverland, and Jujutsu Kaisen – now well and truly Weekly Shonen Jump’s next big thing – as well as Agravity Boys’ placement in the lower 100s. That would appear to mark it safe from cancellation for the time being, although sales for Burn the Witch and Ayakashi Triangle are the main things to note.

You can read Burn the Witch and Ayakashi Triangle for free via VIZ Media.