As Byleth from Fire Emblem: Three Houses Joins Super Smash Bros Ultimate as DLC, How Do They Control?

The sudden news of a brand new Super Smash Bros Ultimate DLC character reveal has sent the rumor mill into overdrive these last few days. A lack of leaks compared to previous DLC fighters has made the identity of this new character prior to their reveal a mystery to many. Could it be related to Devil May Cry, with the release of Devil May Cry 3 on the Switch very soon? Could it be Travis Touchdown as we count down to the release of No More Heroes 3? Plenty of rumors have circulated these past few days, and in the end, none of them were correct as Sakurai unveiled Byleth would be the latest Super Smash Bros Ultimate DLC fighter and the final fighter to be included in the first Fighter Pass for the game. 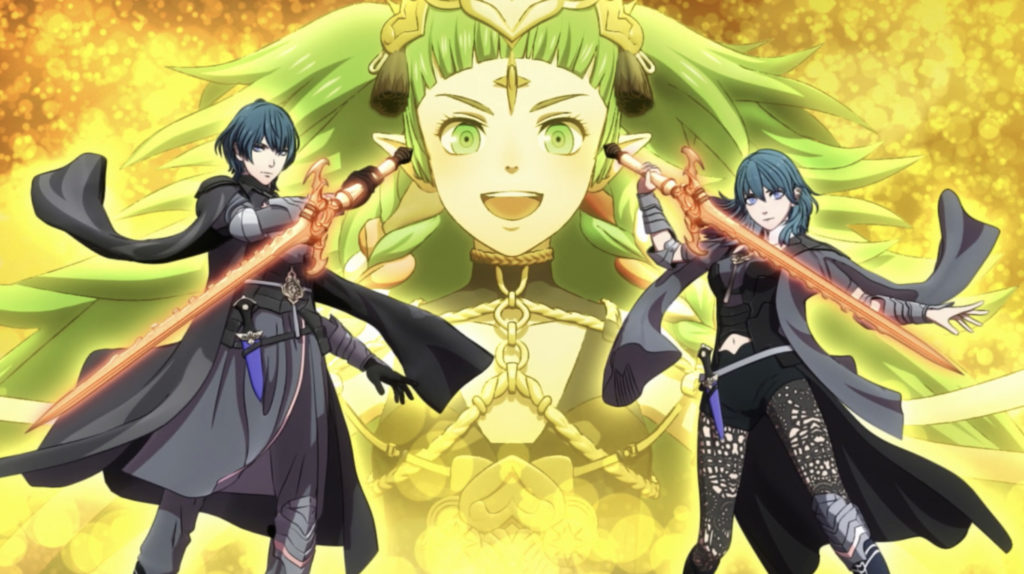 Byleth is a character from the most recent mainline entries in the Fire Emblem series, Fire Emblem Three Houses, which released on the Nintendo Switch last summer to massive success, critically and commercially. You can play as either the male or female versions of Byleth through this DLC, and though this is little more than an appearance swap (both versions of the character control the exact same), it’s still nice to see that these have both been included in the game.

To introduce the character to people who’ve never played the series before, Sakurai used the opportunity to show off his love for the series and extensive knowledge of the games. As Sakurai himself stated, the games were a revolution on the Famicom upon its initial release in 1990, with the sort of game being a rarity on a console at that time while also housing permadeath mechanics were felled units would be no longer playable for the remainder of the game. If you’ve ever wondered why so many Fire Emblem characters have featured in the series so far, the love for the series being showcased here should serve as a strong explanation!

Byleth differentiates themselves from many of the sword-oriented Fire Emblem characters which have come before them through their versatility. While mobility is low, rather than being relegated to a single style, Byleth can use an array of different weapons, or Hero’s Relic, depending on which direction is used when pressing the attack button. 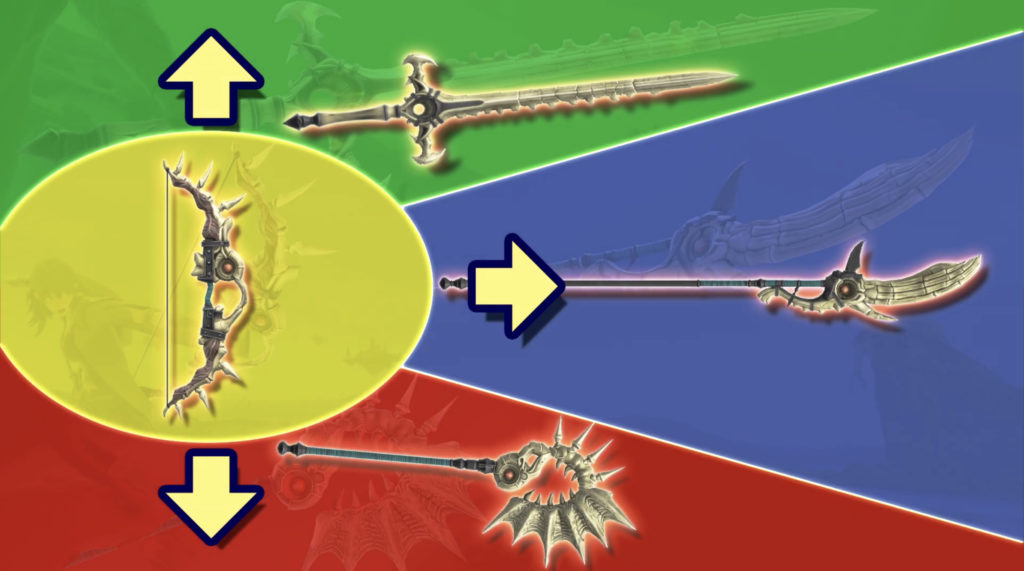 Byleth’s specialty is distance attacks, as all of their weapons benefit them when it comes to long-range combat. The Sword of the Creator is perhaps the most conventional weapon and is used for the character’s dash, strong and flurry attacks. This weapon can transform, however, working not just as a sword but as a whip which can be used to chain combos of attacks after launching opponents as well as for air recoveries, making it the most versatile weapon of the bunch. The whip is incredibly fast, as well, allowing for on-the-fly reactive moves in response to opponents which could turn the tide of a fight. Some of the combos Sakurai showcased would be… rather terrifying if used against you.

Areadbhar acts as a spear with a long rage, longer than the swords used by other Fire Emblem characters which can be charged. The damage is increased if you hit opponents with the tip of the blade instead of the shaft, making positioning crucial here. The Aymr is an axe with high damage capabilities, though is much slower. This connects with Byleth’s down smashes that can hit opponents on either side of the character if both are close enough to you, while it has a small area of effect that can damage enemies even without connecting with them. The bow, named Failnaught, is perhaps the least impressive weapon of the bunch, although the arrows fired are fast and, if fully charged, a beam of light is fired which can do extra damage. This does, however, give the fighter a high capability for distance assault.

As a final part of this Super Smash Bros Ultimate DLC fighter’s arsenal, the Final Smash attack captures elements of the game itself by having Byleth call upon the power of Sothis known as Progenitor God Ruptured Heaven. Although the name is perhaps a little… eccentric, to those without knowledge of the game such as myself, this move can damage fighters in front of your own with a powerful attack that launches the characters away. 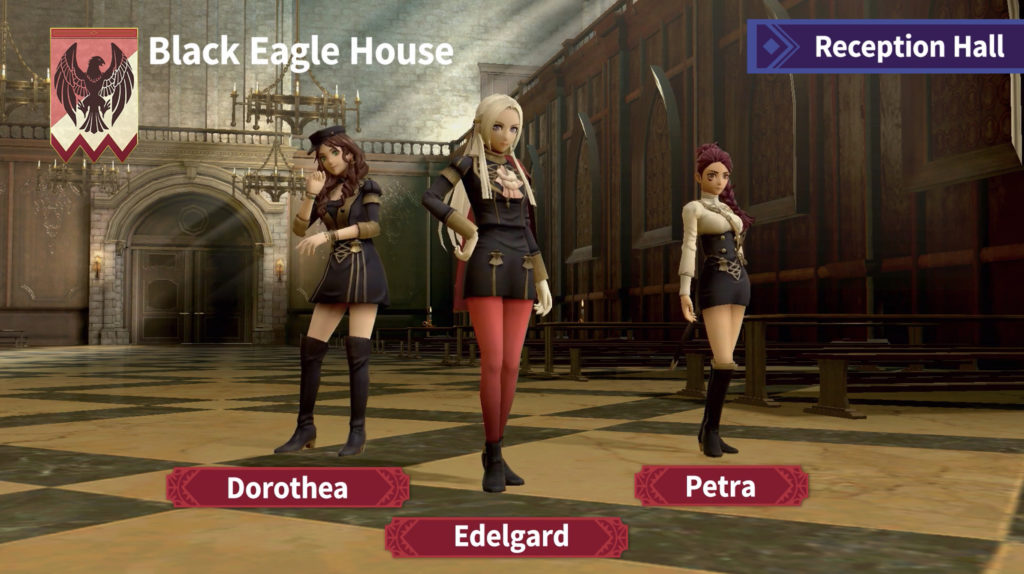 The stage included with Byleth in this Super Smash Bros Ultimate DLC is based upon the location where the majority of your time in Fire Emblem: Three Heroes takes place, Garreg Mach Monastery. The stage cycles through the various areas found within this location and feature characters from the games and the various houses within the school in the background as you fight.

This stage begins in the marketplace in front of the school itself. This is a familiar area for those who’ve played the game, as this is a central location where you can access the school as well as buy supplies from the stalls. These stalls shrink the stage by closing off the edges of the stage, however, these can also be destroyed (much to the dismay of the people who live in the town, most likely!). In the background of this stage is the Blue Lion House, featuring its leader, Dimitri, as well as Dedue and Ingrid, some of the most popular characters of the house, a trend which can also be seen in the other areas the stage rotates through.

The reception hall is the home of the Black Eagle House, featuring the ever-popular Edelgard, Dorothea and Petra. Here, the mechanic at play is the chandelier, hanging far above the stage as a platform that can also be knocked down onto unsuspecting players underneath. A long bridge is next up, home to the Golden Deer House and its leader, Clause, as well as Lorenz and Hilda. Horizontal space is the key here, the bridge being much longer than other areas of the stage, making it suited to the bow.

Last up is the cathedral, a final showdown area featuring Seteth, Rhea and Flayn in the background will be visited before you rotate back to the starting area. Simple platforms turn this area into a Final Destination-like battle arena, and having reached this area near the end of a 3-minute match (this entire rotation takes place in roughly 150 seconds), it should set up a tense finale. 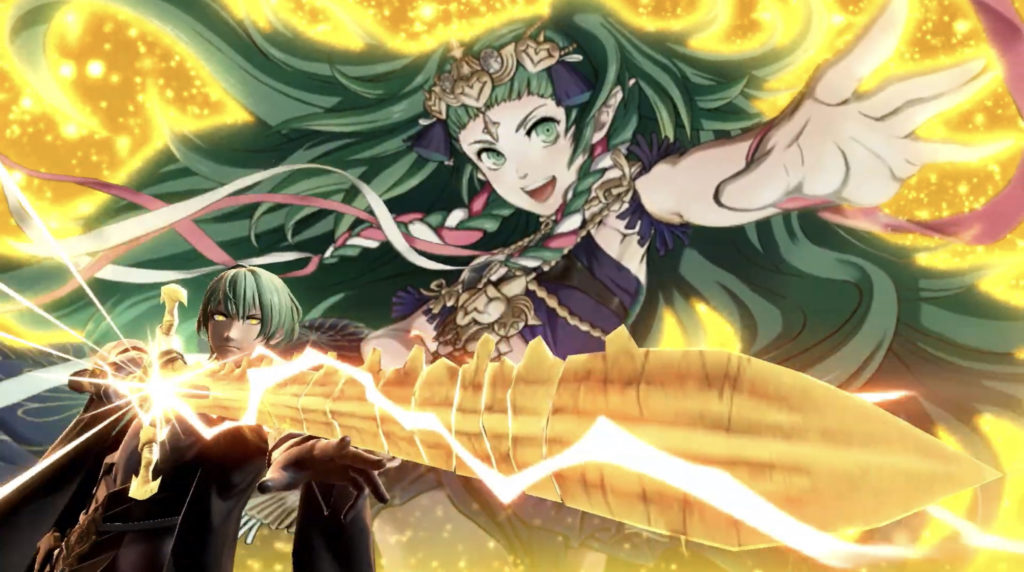 The inclusion of Byleth as the final piece of Super Smash Bros DLC in this first fighters pack has sought to represent and celebrate all characters featured within the original game and the success of the Fire Emblem series as a whole. Considering the series was almost canceled before the release of the 3DS title Fire Emblem Awakening, the success of the series nowadays is an amazing sight to behold, and celebrating its most recent title is perhaps a deserved piece of gloating on behalf of the game’s many fans.

(Cup)Heading Off Against the Competition 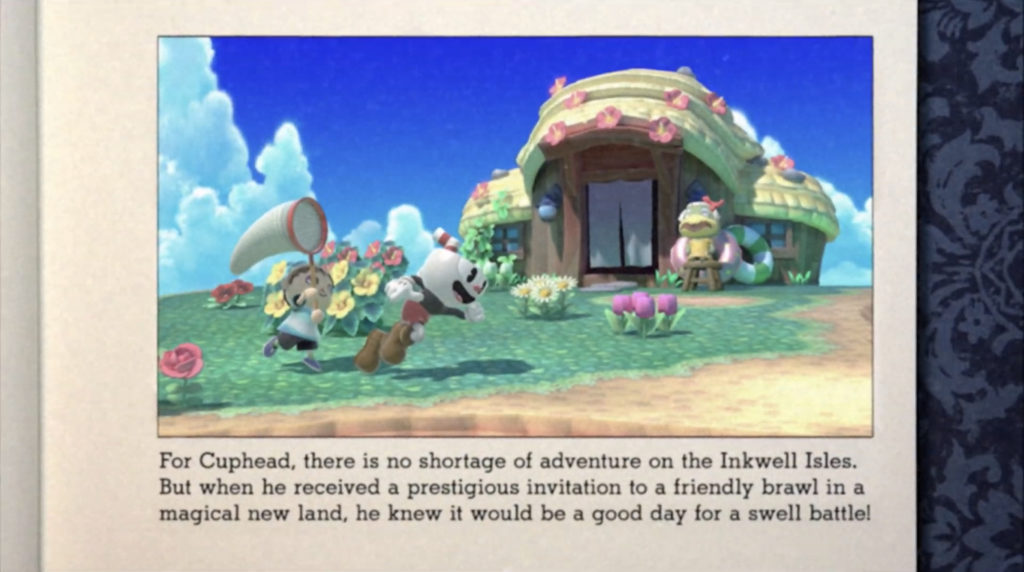 As with any piece of Super Smash Bros Ultimate DLC, the introduction of Byleth is not the only thing this new Direct brings to the ever-expanding lineup and feature list for the latest title in the series. In addition to 11 new tracks being added to the game and a new campaign to challenge within Classic Mode center around the new fighter, a range of new DLC Mii Fighter costumes has also been made available which sees the series cross over with titles such as Assassin’s Creed and Microsoft’s Cuphead.

Available for $0.75 each, Mii Fighter costumes based on the Rabbids characters and Assassin’s Creed will be introduced. On top of that, Mega Man X and Mega Man Battle Network will receive representation. Perhaps most exciting, however, is the introduction of the Gunner-class Cuphead costume, which also includes a free music track with its purchase. The jazz-infused soundtrack of that game is almost perfect backing noise to the destructive power of your fighting capabilities. 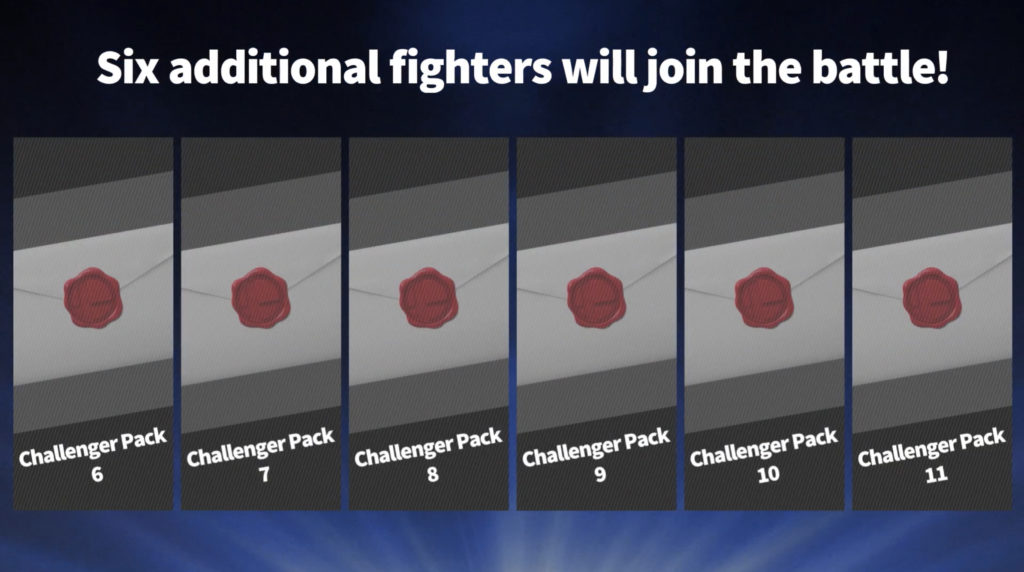 Closing off the event was news that the second Fighter Pass in the works to further introduce fighters into the title will include 6 brand new playable characters over the course of the next two years. No details as to who would be included were cited by Sakurai at this time, and he even noted that he could understand the uncertainty some may feel purchasing the pack without the names of the various included fighters being stated despite Sakurai having settled on who all 6 fighters would be. In saying that, we do know that all these fighters will release before the end of December 2021, ensuring a steady stream of content for a long time to come.

Over the course of 40 minutes, Sakurai lifted the lid on the future direction of Super Smash Bros Ultimate as an ever-evolving party game and competitive fighting experience. The title has sold over 14 million copies at this point and those numbers look only set to grow, making decisions to continue supporting the title with new DLC a no-brainer in the eyes of Nintendo. Players will even receive a special Mii costume based on the ancient machines from The Legend of Zelda: Breath of the Wild alongside their purchase. As Sakurai spoke about Byleth’s inclusion into Super Smash Bros Ultimate, however, you saw the director’s passion for both Fire Emblem and Super Smash Bros on full display. The considerations that factor into the design of stages, fighters and play styles were meticulously explained in detail to an extent perhaps only a hardcore fan could love but a relative outsider could still appreciate and admire.

Masahiro Sakurai sought to celebrate the Fire Emblem franchise with Byleth’s inclusion in the game, embodying the idea that Super Smash Bros is a celebration of gaming as much as it is a fighting game experience. In that regard, he has definitely succeeded.

The final character of Super Smash Bros Ultimate DLC Fighter Pass 1, Byleth, will be made available on January 28th, and you can find out more over at the official Smash Bros website.