Café Terrace of the Goddesses is Kouji Seo’s New Series, Promises ‘Too Many Heroines’ 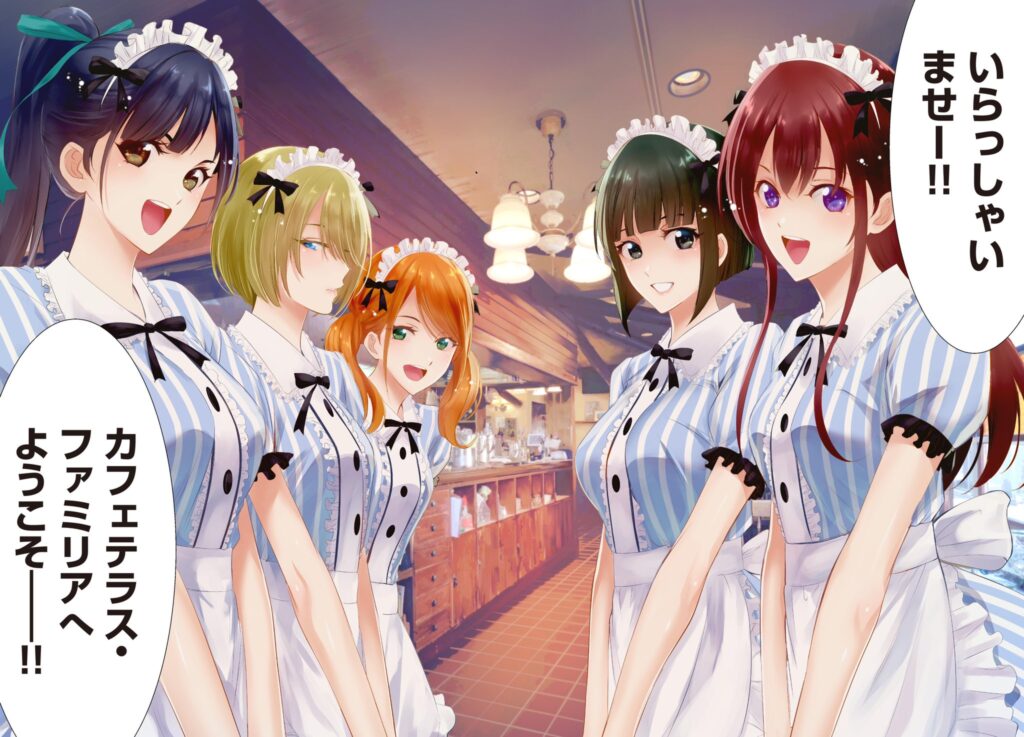 Fuuka and The Town Where You Live author Kouji Seo has revealed the first image and title of his new series, Café Terrace of the Goddesses (Megami no Café Terrace), today via his official Twitter account. Given that it promises ‘too many heroines,’ this is a clear attempt to capitalize on the latest love comedy boom in the pages of Weekly Shonen Magazine, but might prove more interesting than some of his previous offerings.

Particularly worth highlighting here is the fact that Café Terrace of the Goddesses will begin in the same issue of Magazine that the much-maligned Hitman ends, that being issue no. 12 (on sale 17 February). Many fans of the author’s previous works were disappointed by Hitman’s formulaic characters, plot, and storyline, reflected in the series’ declining sales: one hopes, therefore, that Koji Seo’s new series can prove a little more compelling.

Don’t expect it to be very original, however. Café Terrace of the Goddesses is almost definitely a blatant attempt to capitalize on the love comedy series that have proven so popular in the pages of Weekly Shonen Magazine in recent years. Seo himself drew the comparison between this new series and the likes of The Quintessential Quintuplets in an previous tweet, so it’s hardly worth dwelling on.

One might also point to the success of A Couple of Cuckoos and Amagami-san Chi no Enmusubu (a love comedy one-shot that will receive a proper serialization following positive reader feedback sometime soon) as one of the factors pushing the author to return to love comedy.

Indeed, Koji Seo got his start and made most of his success with love stories such as Fuuka and The Town Where You Live, so perhaps Café Terrace of the Goddesses will bring out more of his strengths than his weaknesses as a writer. His new series will start in Weekly Shonen Magazine next week, joining the likes of Negi Haruba and Nakaba Suzuki as yet another veteran rejoining the roster.