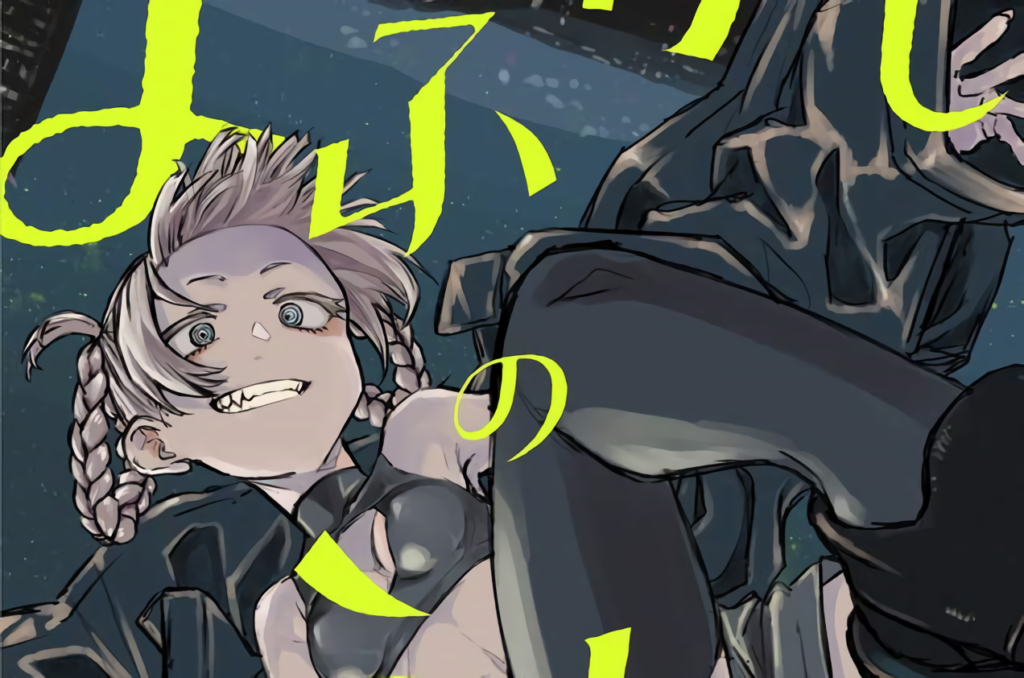 There’s a moment in Call of the Night volume two that I can’t quite get out of my head. At the end of chapter 15, protagonist Kou Yamori and his vampire friend Nazuna Nanakusa are interrupted by the tired office worker Kiyomisu Shirakawa, who comes to Nazuna’s apartment in search of a massage. Nazuna used this method before meeting Kou to find sources of human blood, and Kiyomisu has good memories of Nazuna’s services; nevertheless, Nazuna isn’t in the mood to work today, so she sends Kou out instead.

At first, Kiyomisu is quite taken aback by how young Kou is (just fourteen), but quickly finds that he and she are quite alike. Kou talks about how he ‘doesn’t want to lose’ the ‘feeling of freedom’ he felt when he first went out alone at night, especially after dropping out of school. Kiyomiso, too, realizes that what all she really wanted to do was ‘enjoy the night,’ something which has been robbed from her after being forced to attend countless drinking parties with her colleagues after work.

In particular, she remembers that she once thought about walking straight down the middle of the deserted midnight road, perhaps singing a song in a loud voice. After some drama, they go and do it, which is quite cathartic. ‘I’d completely forgotten… the feeling of this being “my own space”,’ she says. Kou helps her reclaim that, even if her obligations as a working adult mean that she isn’t able to fully immerse herself in it like him. 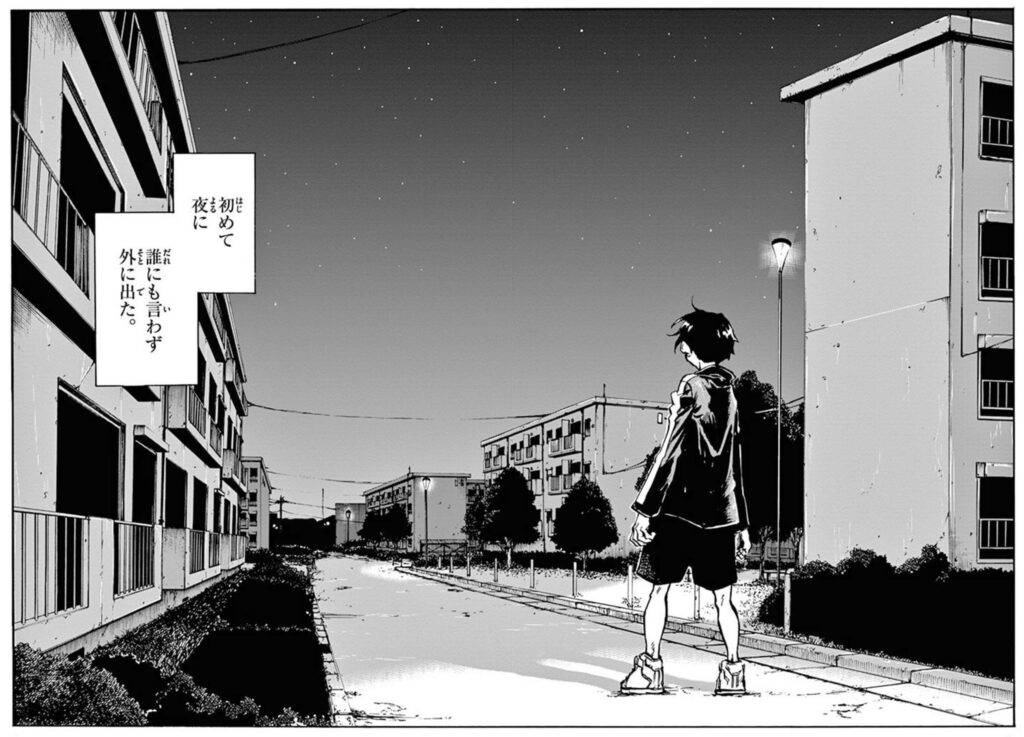 In many ways, I see myself in Kiyomisu. In March 2019, I was mugged on the way home from the pub at around nine o’clock in the evening. Now, in retrospect, I can see exactly what I did wrong: I was wearing headphones, walking alone, and checking my phone in a less-than-favorable area. Nevertheless, it has been a constant source of anxiety and trauma ever since, causing me to fear going out at night, or at least on my own.

Call of the Night isn’t really about overcoming trauma, nor will most readers engage with it in such a fashion. Serialized under the name Yofukashi no Uta in Shogakukan’s manga magazine Weekly Shonen Sunday, it sees author Kotoyama bring his sexually charged brand of love comedy from Dagashi Kashi and apply it more specifically to the world of vampires and the supernatural.

In doing so, however, he manages to craft a manga that is miles more compelling than his debut, and one that resonates with me on a deeply personal level.

Call of the Night: A Much Stronger Sophomore Work

I never disliked Dagashi Kashi, but I never ‘got’ it in the same way that other people did when I checked out the first season of the anime in 2016. I’m definitely curious to see if my opinion has changed in time, which is why I am planning to give the manga another go fairly soon.

Even on a surface level, Call of the Night appears to be a very different beast from Dagashi Kashi. While that series took place mainly in the sun-soaked landscape of the Japanese countryside, Kotoyama appears to have consciously chosen the opposite of that for his latest series, setting it entirely in a built-up Japanese metropolis under the cover of night. He also injects far more plot elements into the story from the very beginning, in contrast to Dagashi Kashi’s somewhat formless comedy antics.

That doesn’t mean that this isn’t a love comedy. Far from it. Kou’s main objective after coming into contact with Nazuna is to fall in love with her, as this is the only way that he can become a vampire. Their interactions, too, are fraught with sexual tension and comedy, with Nazuna constantly goding Kou with lewd comments and actions. Furthermore, much like all vampire stories since the dawn of gothic fiction, the act of drinking blood is also placed heavily under the lens of eroticism.

There is a point to this, though. Kou’s discovery of the town at night and his eagerness to become a vampire so that he doesn’t ‘lose the feeling of freedom’ (as mentioned at the beginning) is an allegory for teenage angst, or wanting to grow up too fast. Naturally, Kou’s aims are criticized more as the story progresses, as this would mean giving up his normal human life forever: it is the equivalent of wanting to stay a reckless twenty-something all your life, shirking any and all social responsibilities. Instrumental to this criticism is the introduction of Kou’s childhood friends Akira and Mahiru, and the antagonistic detective Uguisi Aino later on.

It would be far too easy to label Call of the Night as an exploration of puberty and leave it at that. Most love comedy series are, after all: far more interesting to me is how Kotoyama uses the metropolitan setting, as well as how this relates to my own real-life experiences.

The town at night, in many ways, represents a heterotopia – a world within a world. Lubricated by the great social adhesive that is alcohol, it brings all sorts of people from all walks of life together in one place. Sure, there are divisions that reflect the structures in society as a whole – high class cabaret clubs, bars for Irish people or the LGBT community – but there is something special about going out at night, having random conversations and chance encounters.

Kou can only experience part of this, given that he can’t drink, but it is undoubtedly this feeling of freedom and escape from the oppressive spaces he is used to (e.g. school) that enthralls him. I’ve also only experienced this feeling at one point in my life, and that was when I was studying abroad in Japan from September 2017 to July 2018.

Japan is a safe country. Crime rates are so low that it’s considered okay to leave your phone or wallet on the table at a restaurant or bar when you go to the toilet, and walking home alone at night isn’t warned against like it is where I live in the north of England. Police officers are more like the neighborhood watch than they are the bobby on the beat. Reading any Japanese textbook will also hammer that point over your head incessantly, as I found out during my year abroad.

Of course, that’s only partially true. Underneath the apparently idyllic surface lies a web of serious and organized crime and systemic oppression of women and minorities, but it’s still a damn sight safer than where I’m from. Hence why there’s no hesitation on Kou’s part when it comes to walking around his hometown at night, aside from the initial assumption that he should be asleep: Call of the Night could never work in any other context than the Japanese, as it might teach potentially life-threatening lessons to its young adult audience.

Reading Call of the Night, I see a lot of my own experiences and feelings from living and studying in Tokyo reflected in manga form for the very first time. Like Kou, I too took great pleasure in wandering around my local area at night, reveling in the freedom and new perspectives that it offered. I’d never do something like that back home.

I would sometimes even venture into the downtown areas with my party of one, enjoying the feeling of being lost in a crowd of thousands and the sense of scale that it offered. It was depressing sometimes, for sure, but mostly novel and exciting.

By invoking the very specific features of Tokyo nightwalking, Call of the Night reminds me of a time when I didn’t fear going out, nor did I mind wandering with no purpose. It isn’t expressly set in Tokyo, nor does it especially deal with large crowds of people, but my mind can’t help but go there as I read it. Such is the reason why so many, including myself, love living in the metropolis and Japan in particular.

There’s so much more to discuss about Call of the Night, such as Kou and Nazuna’s relationship, as well as how captivating and fulfilling each and every chapter is, but I’ll have to leave it at that. There is a reason why I put off reading it too fast for fear of getting up to date, and I’d also call it the best manga that I’ve read in recent years.

For now, I hope that by reading Kotoyama’s latest series, I too can rediscover what made the town at night so exciting for me in the first place, much like how Kiyomisu’s meeting with Kou recharged her batteries and gave her a new lease on life. That would be nice.

Call of the Night releases this April via VIZ Media. You can preorder volume one now.