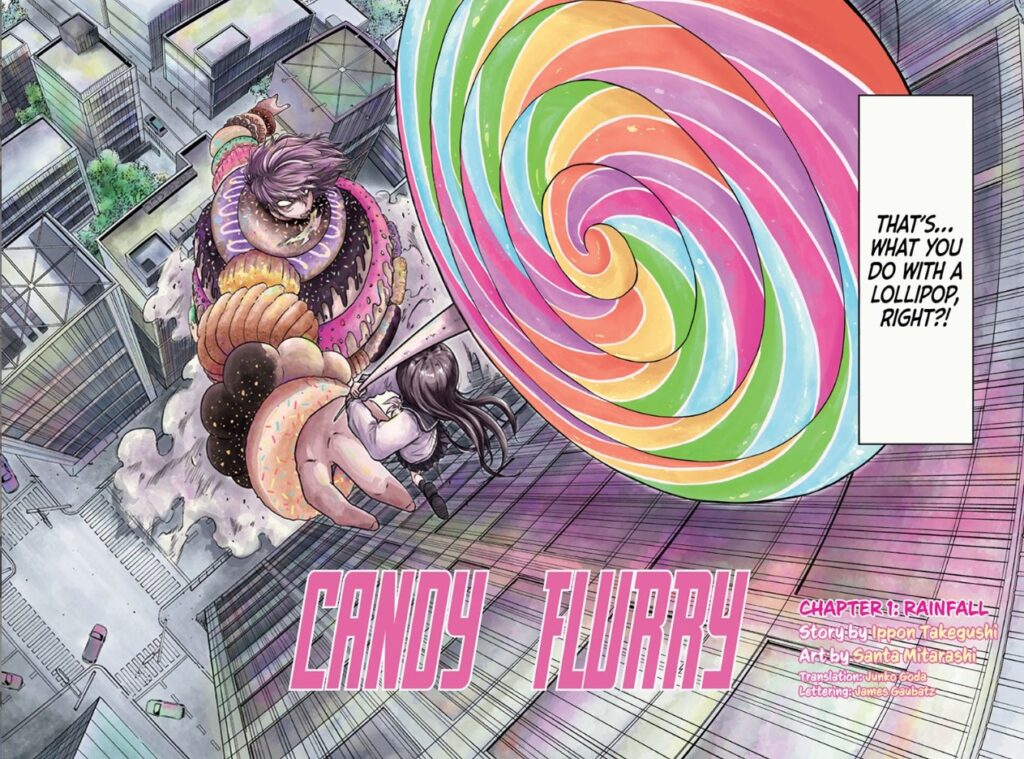 The beginning of a new week can only mean one thing: time for new Weekly Shonen Jump! This is where Jacob investigates the latest and greatest in the magazine, telling you what’s worth your time and what’s not. You can find coverage of other series under the tag Jump Time. Here’s Candy Flurry (Ame no Furu) chapter 1.

Every so often, a new series comes along that completely blows your expectations out of the water. Unfortunately, Blue Box wasn’t that for me last week, but Candy Flurry chapter 1 is a little different: boasting a strong premise with interesting characters and lots of intrigue to boot, this could be the one to watch.

Part of the reason for this could be because, unlike Blue Box, Candy Flurry chapter 1 isn’t based on any prior one-shot: its creators Ippon Takegushi (story) and Santa Mitarashi (art) don’t have any major works to their name either, so no one had anything to really base their expectations on. I’d argue that the opener is better for it.

In terms of story, Candy Flurry chapter 1 introduces us to a Tokyo ravaged five years ago by a disaster: a set of limited edition candies from the fictional company Toy Toy that initially appeared normal actually granted whoever ate them the ability to create sweets. Someone who could summon lollipops then attacked the city, and now there is a spike in criminal activity perpetrated by so-called ‘sweets users.’ 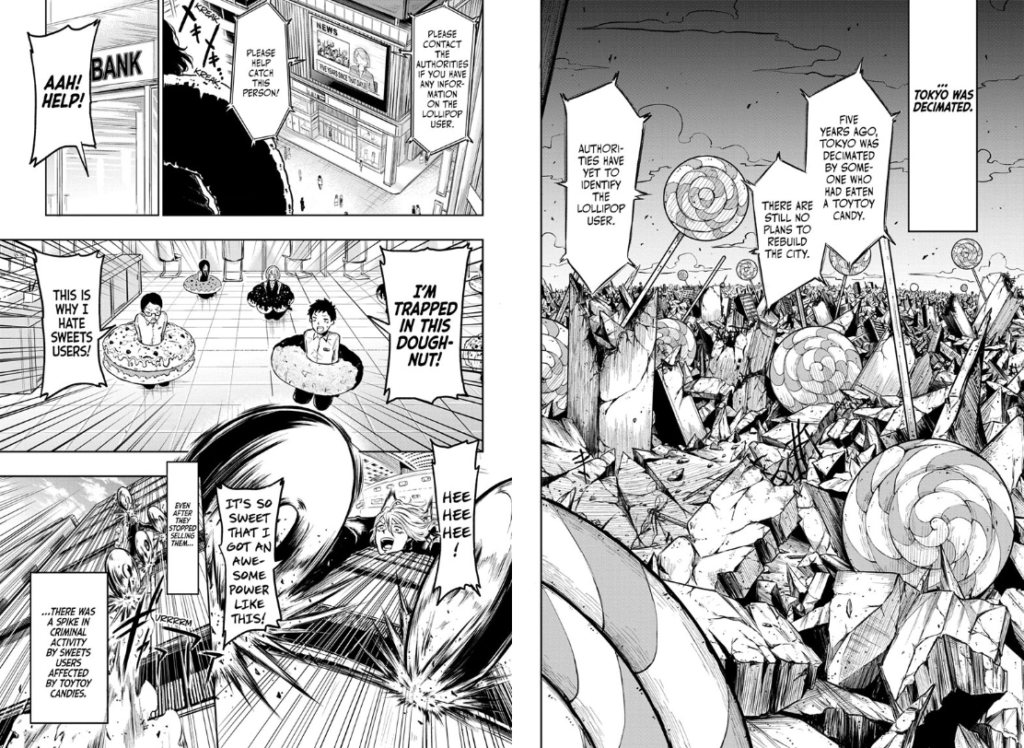 The series is described on the official Jump website as an ‘unparalleled sweets battle comedy,’ so this is pretty much exactly as it says on the tin. The unique premise gets even better when it is combined with our main character, Tsumugi Minase: she’s a high school student with a slightly vindictive streak that just happens to be able to summon the same type of lollipop that ravaged Tokyo five years ago.

In one fell swoop, then, Candy Flurry chapter 1 introduces us to a genuinely interesting protagonist and sets up a bunch of questions for the future. Did Tsumugi destroy Tokyo? If not, then who did? Can she keep her identity under wraps? The answer to that last question is no, by the way, as the ‘Recette’ candy police agent Misaki Mitori gets on her tail and eventually finds out that she is a sweets-user by the very end. 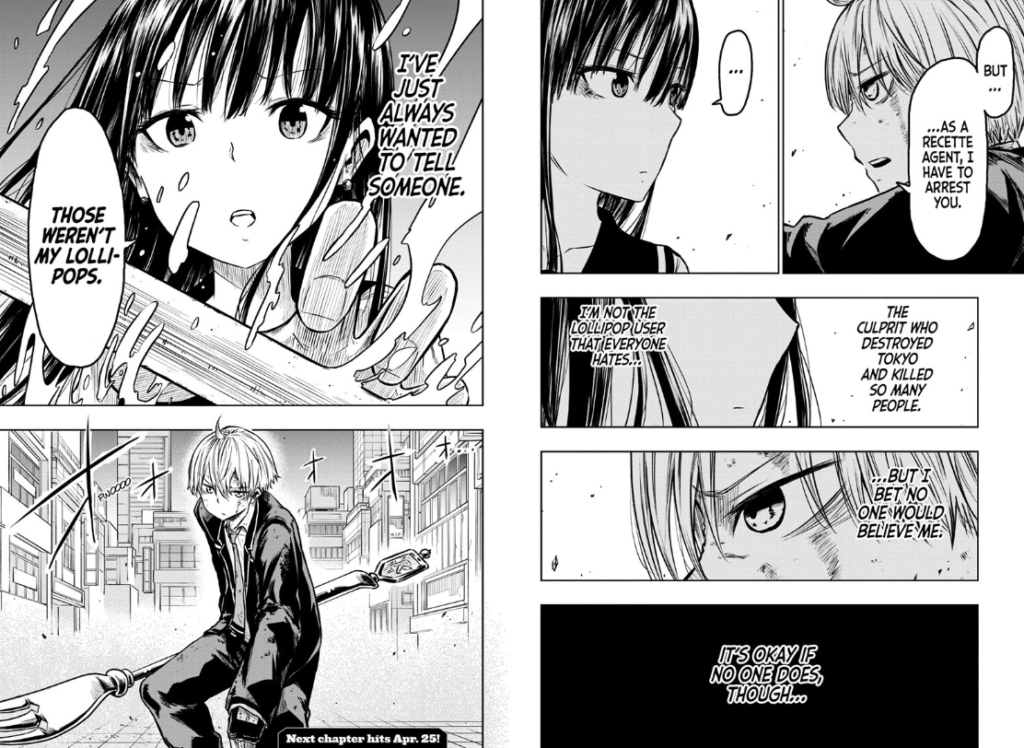 My overall feeling going away from Candy Flurry chapter 1 was a sense of déjà vu from when Undead Unluck first debuted back in January 2020: that was also a series that enjoyed a very strong premise with interesting characters and plenty of questions to explore in the future.

Based on this, my main question for Ippon Takegushi and Santa Mitarashi is whether they can keep it up in the long term: Lord knows that Unluck has had some problems with maintaining momentum. Still, I’m definitely interested in reading more.

You can read Candy Flurry chapter 1 for free via VIZ Media.