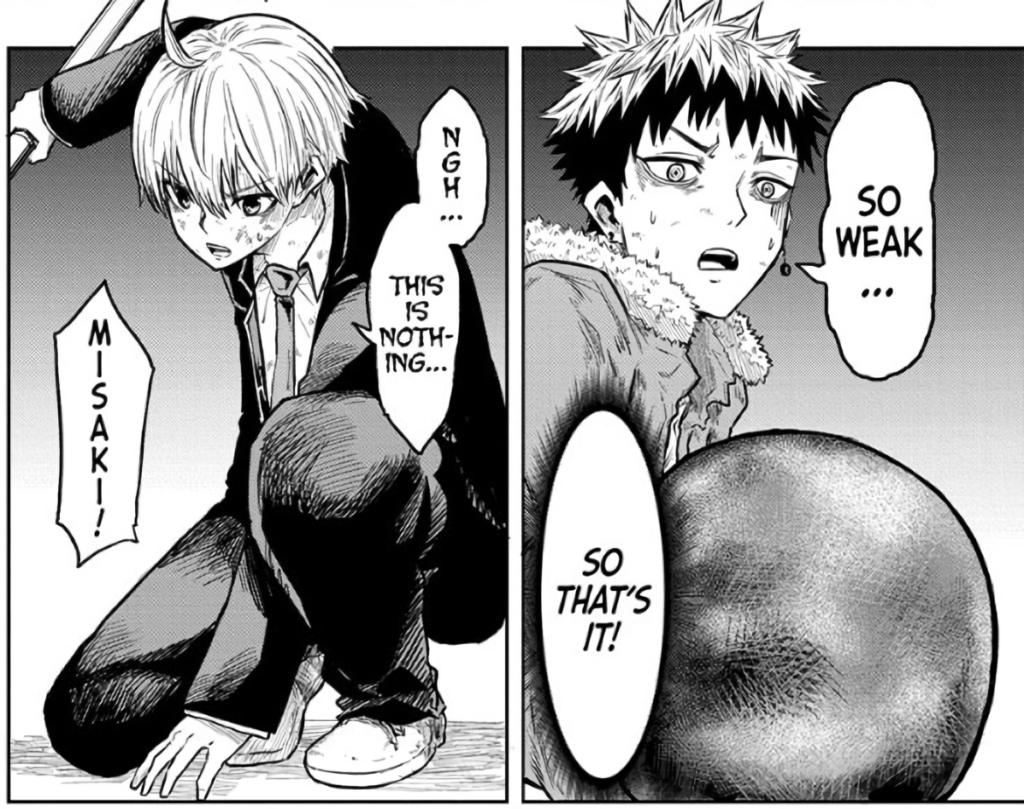 The beginning of a new week can only mean one thing: time for new Weekly Shonen Jump! This is where Jacob investigates the latest and greatest in the magazine, telling you what’s worth your time and what’s not. You can find coverage of other series under the tag Jump Time. Here’s Candy Flurry chapter 13.

Ever since meeting Minase Tsumugi, Misaki Midori’s life has just been one thing after another. Not only has he been forced to keep the identity of the lollipop user a secret from his superiors, he’s been (falsely) touted as one of Recette’s next star agents. Candy Flurry chapter 13 sees him come face to face with this imposter syndrome to hilarious results.

It was pretty obvious last week that Candy Flurry chapter 13 was going to be pretty interesting when Misaki stepped forward to take on the invading antagonists. Under instructions from the real lollipop user, three candy-wielding villains mounted an attack on his and Tsumugi’s school, but Midori’s actual abilities differ greatly from those presented in the media. As a result, he very quickly gets knocked on his backside.

The reason why Midori’s profile is so overinflated is because he keeps having to take credit for the villains that Tsumugi takes down with her lollipop, which can’t be made public. Even so, his classmates don’t know this, so they’re naturally taken aback when Misaki is knocked to the ground at the very beginning of Candy Flurry chapter 13. A very apt question is floating around in their heads: ‘Is Misaki really weak or the enemy super strong?’ 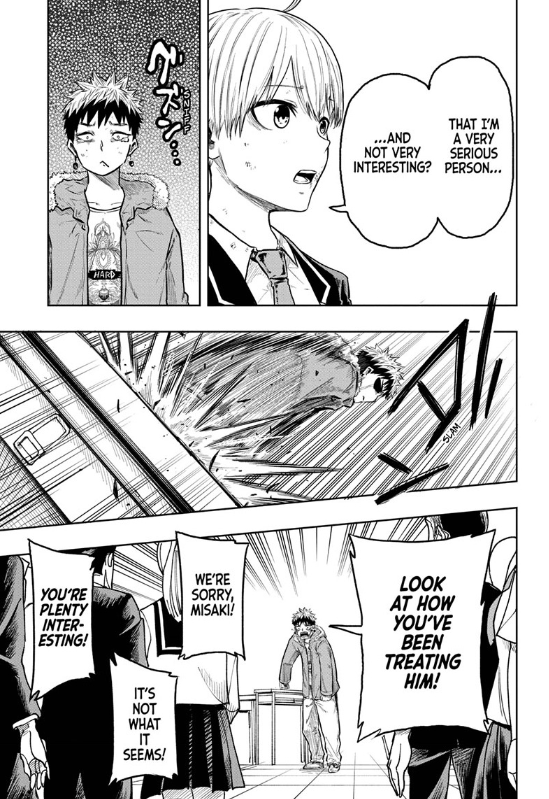 Hilariously, even the villain doesn’t know that Midori isn’t all he’s made out to be in the media. In fact, he thinks that he’s concealing his lollipop because he doesn’t want his true abilities to be made public, leading to a very humorous exchange where Midori admits that he’s both not very interesting and struggles to relate to his classmates. What’s more, the enemy even ends up taking his side in all this!

When the invasion arc first began, it seemed like a simple opportunity for author Ippon Takegushi to move away from the exam formula and introduce some more antagonists. Nevertheless, Candy Flurry chapter 13 makes it clear that humor can be expected too, especially as Midori is constantly made into this series’ comedic punching bag.

You can read Candy Flurry chapter 13 for free via VIZ Media.