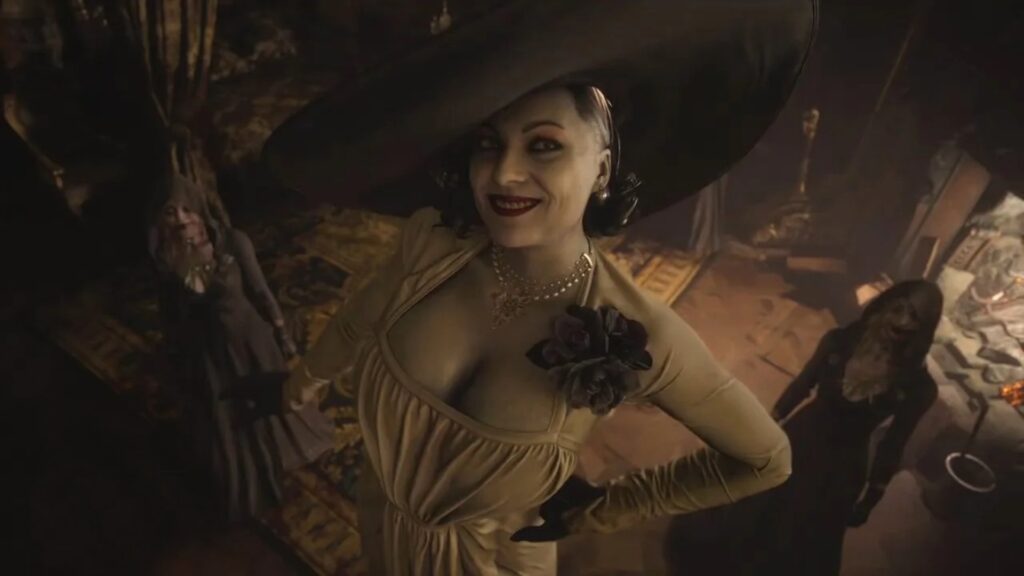 With E3 now firmly underway following events from the likes of SQUARE ENIX and Xbox, a smaller event from CAPCOM for E3 showcased new information of already-released and upcoming CAPCOM titles, including Resident Evil Village and The Great Ace Attorney Chronicles.

While the event was always announced to be a small-scale showcase for E3 with the titles featured being known in advance, what the company planned to showcase regarding these already-released and upcoming titles remained a mystery. Turns out, the company had a few surprises up their sleeves.

The biggest news came from Resident Evil Village. With the game earning strong sales following its release earlier this year and a LOT of fans for Lady Dimitrescu, the company announced plans to reward fans for their support of the game up to now. Alongside confirming that the Re:Verse multiplayer mode included for free with all copies of Resident Evil Village, CAPCOM used their E3 showcase to unveil a brand-new piece of DLC for the game. Information of the contents of this DLC is firmly under wraps, but more info is promised in the future.

For those wanting to get their hands on the game early, a Monster Hunter Stories 2 Trial will be released on 25 June, with data transferring to the full release on 9 July.

Closing up the CAPCOM E3 event was The Great Ace Attorney Chronicles, the upcoming 2-game collection of Ace Attorney spin-offs that will release next month on Nintendo Switch, PS4, and PC for the first time outside of Japan. This new trailer put a heavy emphasis on the game’s story, with an animated trailer introduced Ryusuke Naruhodo as he arrives in London for the first time with dreams of becoming a lawyer. There, we meet the famous Herlock Sholmes who will help you investigate crimes in order to find the culprit in court. The game will release on 27 July.

Short and sweet, CAPCOM’s E3 event delivered exactly what it promised ahead of time, and while much of the info may have been recycled from prior announcements, the news of more Resident Evil Village content will certainly have pleased fans.