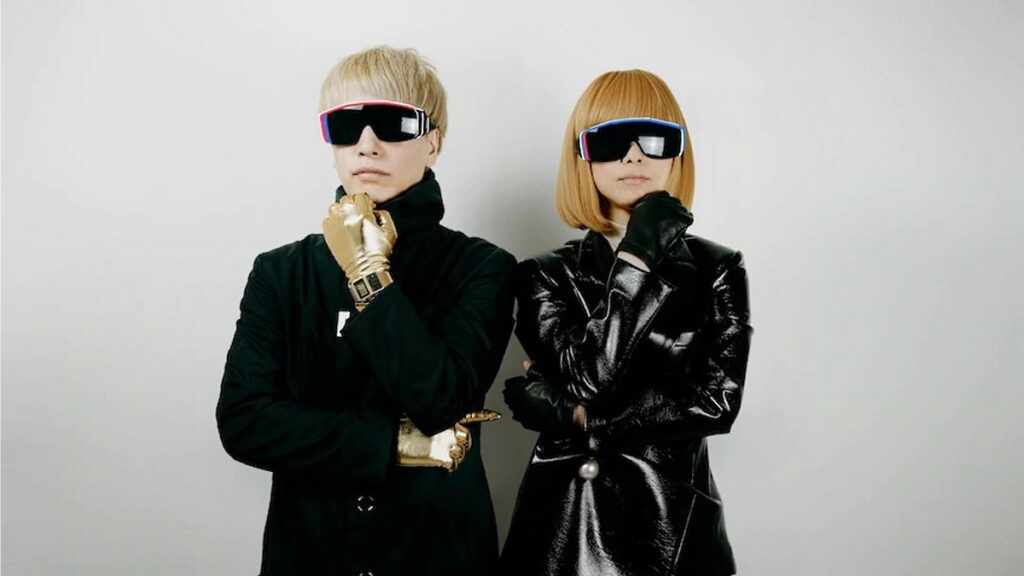 It’s no secret that the team here at OTAQUEST are largely huge fans of iconic Japanese electronic-pop outfit CAPSULE. We jumped at the opportunity to invite them to Los Angeles in 2019 for their first US performance as a part of OTAQUEST LIVE, and have taken every chance available to write about them here on the site. So it should be no surprise that the announcement of their first new single in 6 years, a funky retro-style groove titled ‘Hikari no Disco’, would be a talking point as soon as it dropped.

The new track, which serves as the theme song for the Knights of Sidonia: Ai Tsumugu Hoshi film, is a total throwback both in terms of sound and style. Longtime listeners of the group who were around during their group’s early Shibuya-kei years, prior to the shift towards the electro house sound they’ve long been associated with on 2006’s FRUITS CLiPPER, might have a rough idea of what I mean.

While ‘Hikari no Disco’ doesn’t resemble the exact sound found on their earlier albums, the feeling on the track is a lot lighter and much more upbeat than the EDM-driven sound of their last album. It would be easy to assume that the recent rise of genres like City Pop and Future Funk globally may have paid some influence on the track, but the song still has all the trademark Yasutaka Nakata flourishes in place that show ‘Hikari no Disco’ being just as forward-thinking as it is retro.

Fans might also be quick to notice how the track seems to be a bit of a throwback for the group as well, acting almost as the antithesis to 2011’s hard-hitting ‘World of Fantasy‘, with a similar sounding (but much less aggressive) synth line playing throughout and a video that could be mistaken for a prequel.

Instead of driving around a futuristic landscape dressed to the nines in a white Lamborghini, the video for ‘Hikari no Disco’ sees vocalist Toshiko Koshijima behind the wheel of what looks to be a late 80s model Honda Prelude, rocking a casual but absolutely style appropriate outfit. As the footage shows her driving along a Tokyo highway, retro-stylized filters are laid overtop almost mimicking the look of a 3rd generation VHS copy playing on a CRT TV. It’s absolutely fitting for the sound, appropriately styled for the ongoing popularity of 80s/early 90s culture, and the perfect visual to chill out and watch while tapping along to the beat.

I already know that ‘Hikari no Disco’ is going to be on heavy rotation in my playlist for the foreseeable future, and here’s hoping this is just a sign of more to come from the duo sooner rather than later.

‘Hikari no Disco’ is now available for download and streaming on all major platforms.